News
Business
Movies
Sports
Cricket
Get Ahead
Money Tips
Shopping
Sign in  |  Create a Rediffmail account
Rediff.com  » Getahead » Married? Why should you let it affect your career?

Faced with a situation where the spouse's transferable job keeps taking the family to different locations, thus jeopardising their own careers, many women simply fall off their career track and resign themselves to relocation every time their husband gets transferred, says Sudha Menon.
Illustrations: Dominic Xavier/Rediff.com 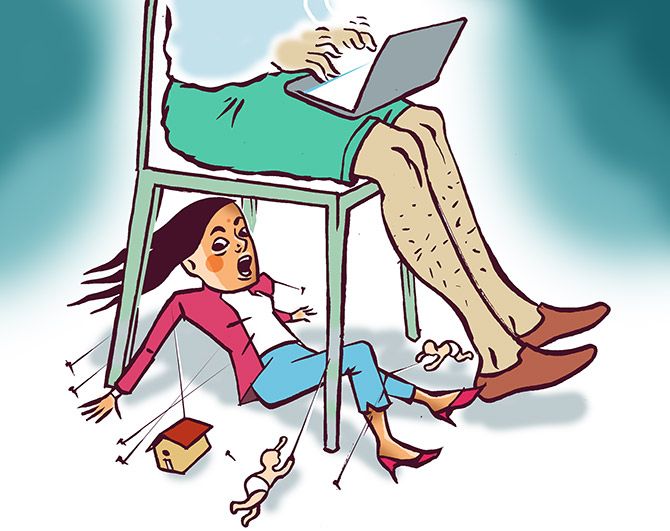 Managing spousal ambition can be one of the biggest challenges for those modern-day couples that balance the competing demands of career, family and their individual interests.

For many women, this continues to be the biggest stumbling block.

Faced with a situation where the spouse's transferable job keeps taking the family to different locations, thus jeopardising their own careers, many women simply fall off their career track and resign themselves to relocation every time their husband gets transferred.

Not all women fall victim to the same old issues, though.

When Ipsita Dasgupta, then chief commercial officer for GE, India, was offered the dual responsibility of also handling the China market -- a role that would require her to relocate to China -- she did not hesitate before taking up the assignment.

Since she and her husband had no children then, they decided to make it a win-win situation for both of them.

'Choosing your spouse carefully is important. I can't say I gave it too much thought at the time -- I was 25 when I got married. But, instinctively, I knew I wanted a partner and not a provider.'

Her husband continued to live in India where he worked as a senior executive at Goldman Sachs, while she relocated to China, travelling to India periodically.

Smart scheduling ensured that they occasionally met up midway somewhere in the world, and he made sure that he was in the city when she came to India to attend to her role at GE.

"We met and married at the Harvard Business School and were well aware of each other's ambitions. At the very beginning, we decided that it would not be about our individual aspirations, but about the combined impact we could make and that it had to be meaningful and not just commercial."

"Choosing your spouse carefully is important. I can't say I gave it too much thought at the time -- I was 25 when I got married. But, instinctively, I knew I wanted a partner and not a provider."

Which is why the couple have set in motion a well-rehearsed routine that is hugely helpful, especially now that they have a pair of twins to raise.

When Ipsita has to travel out of town for work, her executive assistant calls up her counterpart in her husband's office and makes sure he is not travelling on those days.

And if he happens to be travelling on those days, they have a formula for that situation: "Whoever between us has a customer meeting gets to travel, while the other stays back to be with the kids."

'We also decided that we would intermittently and alternately take risks in our careers and give each other the benefit of opportunities that we would otherwise miss.'

"We also decided that we would intermittently and alternately take risks in our careers and give each other the benefit of opportunities that we would otherwise miss."

"And we do talk about the importance of doing something meaningful and leaving our children with the feeling that their parents tried to make a difference and chose to do the harder things in a world that needs people to solve complex and big problems!"

Unilever's Leena Nair says a woman's choice of a spouse or partner could possibly be the most important factor in deciding the direction in which her career heads.

Leena herself found a fabulous, supportive spouse who encouraged her to do everything she needed to at various points in her career.

When she worked at Hindustan Unilever's factory on the outskirts of Mumbai during the initial years of her career, her husband Kumar would make the long commute to his workplace in Mumbai city so that his wife would not have to commute.

Leena says she will never forget how helpful it was for her to have a supportive husband at that early stage of her career.

Manisha Girotra and her husband Sanjay Agarwal, chairman, corporate finance, Deutsche Bank, India, have tempered their personal ambitions in the larger interest of the family unit.

"We have both given up on lucrative postings so that our family as a unit is not impacted. We have both made sacrifices for each other so that we get the breaks that we want very much."

"I am ambitious. My success matters to me but between us, we have decided to prioritise family over our career goals. It is a tough call, but that is the way it is." 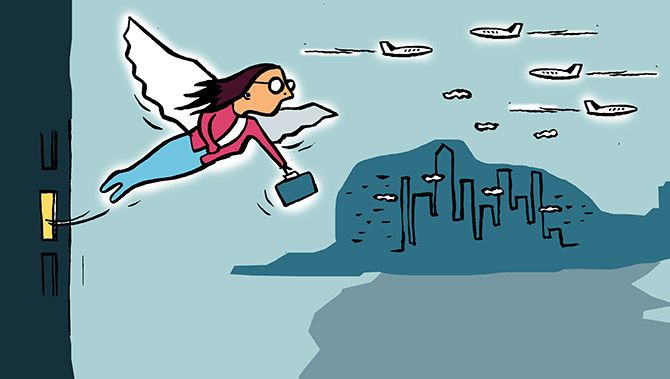 Anuja Kale Agarwal says the biggest enabler in her career has been her husband Ankush, who heads operations at a biotech company.

"We both have incredibly busy schedules, but we have always managed to divide our responsibilities as parents."

"Luckily, he is very aware and supportive of the fact that I play a global role in a multinational organisation and gives me the space to shine. I'm lucky to have a spouse who is not competing in our marriage."

"My friends told me that when I was promoted, he sent them a note to convey the good news and to tell them he was proud of me."

"I have heard of husbands who hold their wives back and are jealous of their success. I am lucky to have found this man who applauds every achievement of mine."

"And I love the fact that over the years he has stepped in to be at home with our son every time I have had to travel. It simply would not have been possible for me to grow without him backing me."

For many women, it is challenging to be able to verbalise their ambitions and aspirations to their spouses.

Decades of social conditioning have meant that even married career women think they are expected to be dutiful wives who will support their husband's career and follow him wherever his career takes him.

In the meantime, they bear and raise his children and look after the family.

'I'm lucky to have a spouse who is not competing in our marriage. My friends told me that when I was promoted, he sent them a note to convey the good news and to tell them he was proud of me.'

There is nothing wrong with being supportive of a spouse or raising children, except that this picture of a happy family has no room for the woman's dreams and aspirations.

Successful career women insist that they have had successful careers because they articulated their dreams and career aspirations early on in their relationships and, over the years, followed the path they had envisioned for themselves, with the active support of their spouses.

When Mallika Srinivasan, vice chairman of Tractor and Farm Equipment Ltd, the third largest tractor manufacturer in the world, went to the US for a master's degree in business management from the Wharton Business School, she was accompanied by her nine-month-old baby and her mother who looked after the infant while Mallika threw herself into the rigours of coursework.

Often, this meant sitting in the basement laundry room of the apartment block to catch up on her studies while grandmother and baby played in the apartment!

'It takes a very supportive man for a woman to take her dreams to fulfilment.'

What also helped her focus was the knowledge that she had the support of her husband, industrialist Venu Srinivasan of TVS Motor Co, who supported her dream fully.

Mallika talks about his quick trips to her college town when she had short breaks during the semester.

"Venu once planned an elaborate trip and took me, my mother and our infant daughter to Alaska for a memorable vacation that bowled me over and refreshed me for a tough phase at college. It takes a very supportive man for a woman to take her dreams to fulfilment."

Aruna Jayanthi has an altogether different take on ambition among couples: "In our life there was never any issue of managing spousal ambition. There were times when both of us were following our careers, but my parents always looked after our daughter."

"I don't think we ever attempted to coordinate anything. I travelled when I needed to and he when he had to. You cannot start managing your life based on somebody else's ambition."

Excerpted from Devi, Diva Or She-Devil: The Smart Career Woman's Survival Guide by Sudha Menon, with the permission of the publishers, Penguin India. 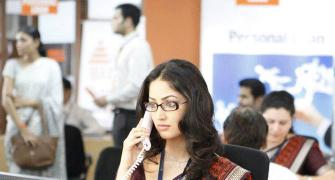 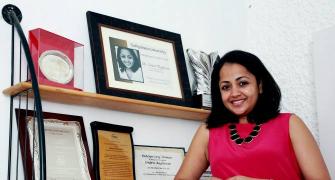 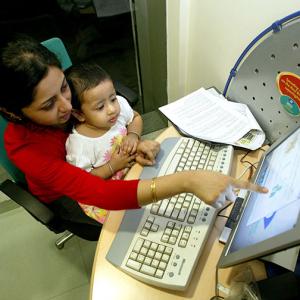 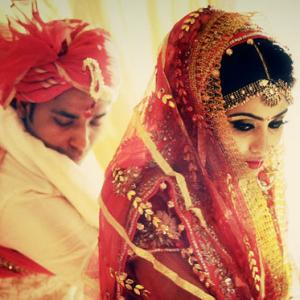