News
Business
Movies
Sports
Cricket
Get Ahead
Money Tips
Shopping
Sign in  |  Create a Rediffmail account
Rediff.com  » Getahead » 'This is our freedom struggle'

'We will get our rights as normal citizens of India and enjoy those rights as openly and fearlessly as you and others do.' 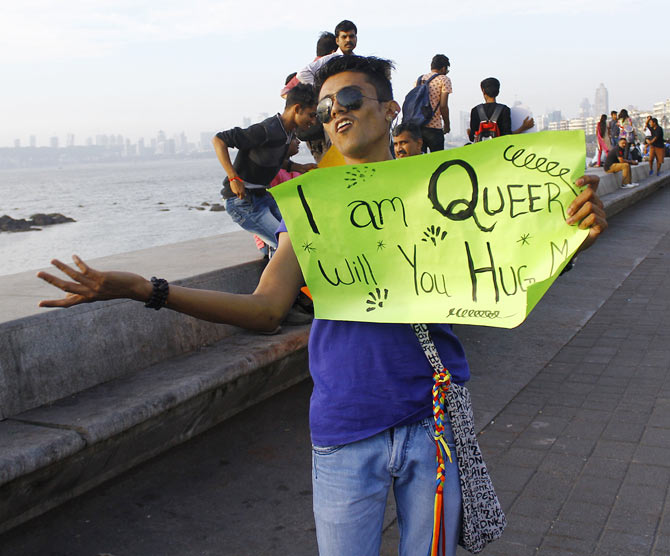 The lesbian, gay, bisexual, transgender community sees a great ray of hope in the Supreme Court's decision to refer the curative petition re-examining its judgment of December 11, 2013, which had overturned the Delhi high court judgement of 2009 that had decriminalised Section 377.

Harish Iyer: His mother had posted an advertisement seeking a groom in newspapers (Read: Padma Iyer wants a suitable boy for her son)

It is a good sign. At least they haven't thrown it out the window lock, stock and barrel. This decision gives us hope.

If the five-judge bench rejects the curative petition, we will think it is a longer battle for our freedom. This is our freedom struggle and just because the walk gets longer, we won't stop walking. Our struggle for freedom won't end there.

We will then have to approach the lawmakers to legislate and decriminalise LGBTs. That (the decriminalisation) will happen one day.

Sumit Pawar, LGBT activist. He had organised a 'Queer Hugs' campaign in Mumbai last December (Read: Queer, and proud of it!)

It is a positive step. I am thankful to the Supreme Court that it has asked a five-judge (Constitutional) bench to decide upon the curative plea.

This decision has further opened the window for debate with those opposed to the rights of the LGBT community.

I look forward to what the five-judge bench decides about Section 377, but this (the Supreme Court decision to re-examine its judgement) will further our cause.

If they reject it, we will again begin from scratch. That is what we had prepared for.

We will collectively strategise if this curative petition is rejected.

In the NALSA case (National Legal Services Authority versus the Union of India), the Supreme Court had affirmed the Constitutional rights and freedoms of transgenders as the 'third gender'. That had given us hope. Today's decision is another step in the right direction.

We don't want to encroach upon the rights of other people. What we are asking for is that we should be accepted as human beings and normal beings. Give us the same Constitutional rights that you have.

Sonal Giani, LGBT activisit with the Humsafar Trust, which fights for and supports the rights of transgenders

I am extremely delighted. This decision of the Supreme Court will bring in much needed relief against the extortion and blackmail that LGBTs face from the police, criminal gangs and people from the LGBT community who claim to help them and then actually blackmail them.

The right message has gone out that the Supreme Court wants a bigger bench to debate the issue before reaching a conclusion.

I am happy that the apex court is taking cognisance of all the wrongs happening with the LGBT community ever since it passed a judgment (on December 11, 2013) scrapping the Delhi high court decision that decriminalised Section 377.

At least now there will be a larger bench debating the issue, compared to the closed door ruling that happened last time. We expect the five senior-most judges of the Supreme Court to debate the issue threadbare.

I feel a little bit of relief now that the Supreme Court has taken cognisance of the curative petition; it will deter the blackmailers and the extortionists.

It has given the community a bit of hope and confidence. The ones who were earlier scared to report such threats and blackmail would at least now fearlessly report them to the police or come to us for assistance.

At least, now that the matter has become subjudice till the five-judge bench gives its decision, we can argue with the cops and stop harassment.

I have not faced such threats personally, but I have helped people who have faced this kind of harassment.

The good news is that the Supreme Court hasn't closed the doors on us. They have opened that little window of hope that we can take solace in.

I am very hopeful about the future of the LGBT community in India. We will get our rights as normal citizens of India and enjoy those rights as openly and fearlessly as you and others do. 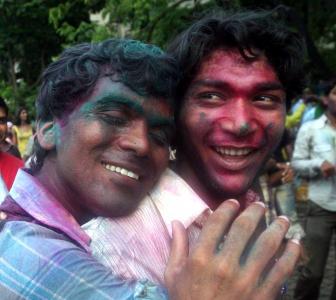 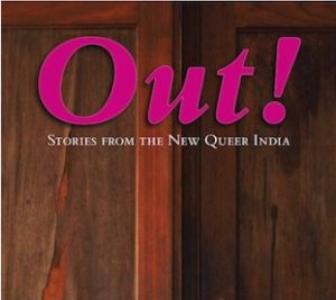 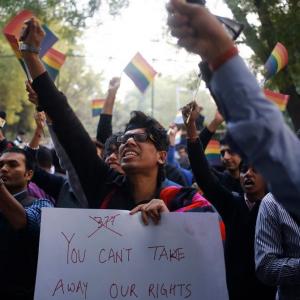 10 countries (besides India) where it's a crime to be gay