Designers like Rocky S and Sidharth Sinha put India on the fashion map with their collections at the fashion week.

Just as the London Fashion Week came to a close, India was declared the winner of 'International Fashion Showcase Country Award.'

Indian celebs and designers were in full attendance at the fashion week -- Rocky Star curated a fashion show which turned out to be a huge hit and the Mumbai-based designer was responsible for popularising the 'nude wedding dress' through his collection.

Presenting a handful of noteworthy moments from the London Fashion Week. 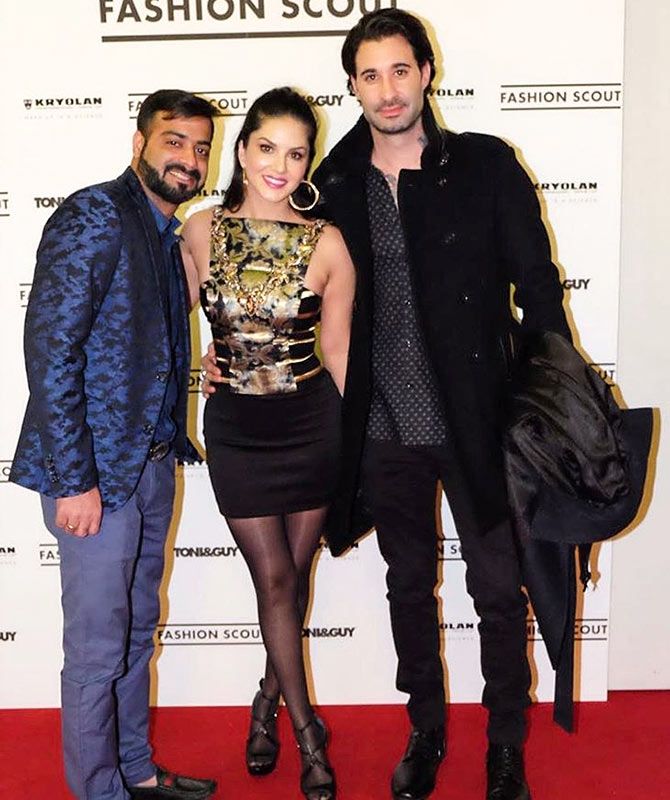 IMAGE: Sunny Leone was there with her husband Daniel Webber, right, and a friend, left, to attend Rocky Star's fashion show. Sunny sat in the front row and cheered loudly for the fashion designer.
Photograph: Kind courtesy Daniel Webber/Instagram 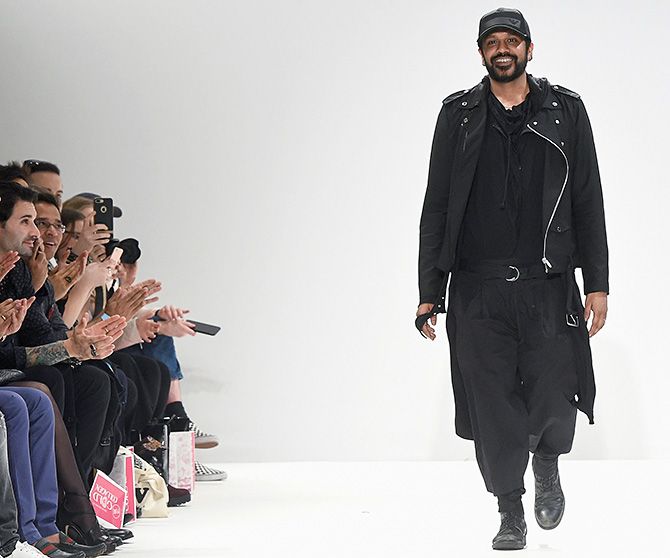 IMAGE:  Designer Rocky S seen on the runway at the Rocky Star show.
The Mumbai-based designer showcased his collection, Divine Rock at the London Fashion Week.
Moving away from traditional wedding gowns, Rocky's creation was a combination of sheer and textured lace work, detailed embroidery and a matching sheer train. One of the favourites from his collection was the nude wedding dress, which was a rage online.
This is the third time the designer showcased this collection at the London Fashion Week.
Photograph: Anthony Harvey/Getty Images 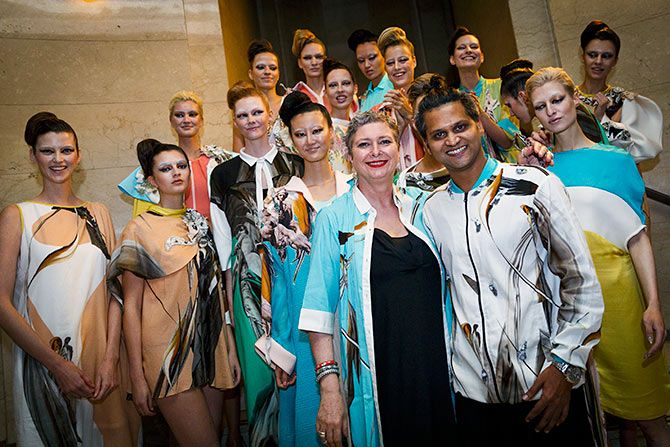 IMAGE: Fashion designer Sidharth Sinha, right, and models backstage ahead of the N&S Gaia show at Fashion Scout during London Fashion Week Spring/Summer collections 2017.
The designer is best known for his use of upcycled and sustainable fabrics. This year, his collection boasted of luxurious exoticism, with outfits featuring soft folds and abstract applique details.
Photograph: Tristan Fewings/Getty Images 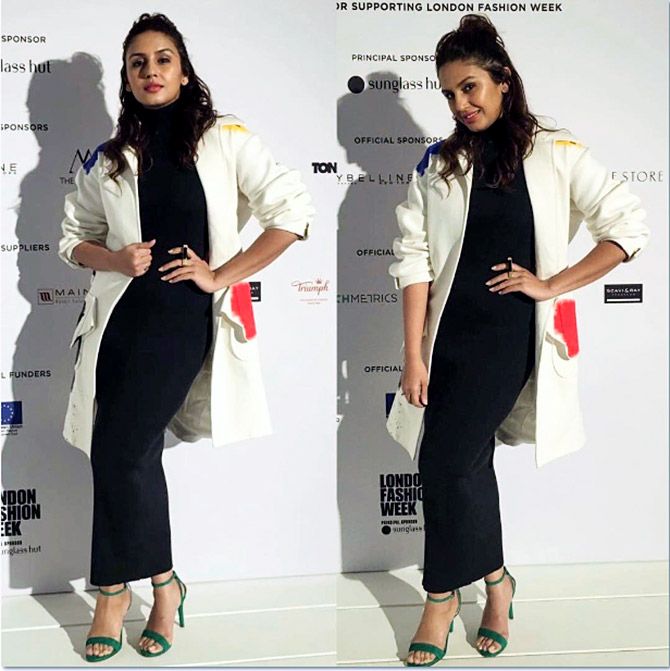 IMAGE: Huma Qureshi was there to attend the Teatum Jones show, which was the opening show of the fashion week.
Photograph: Kind courtesy Huma Qureshi/Instagram 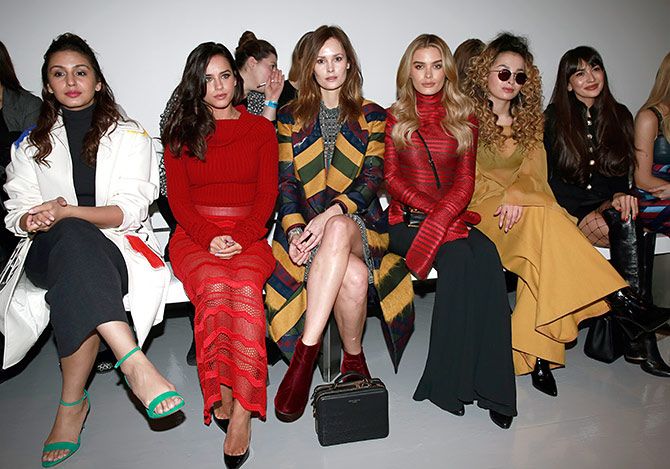 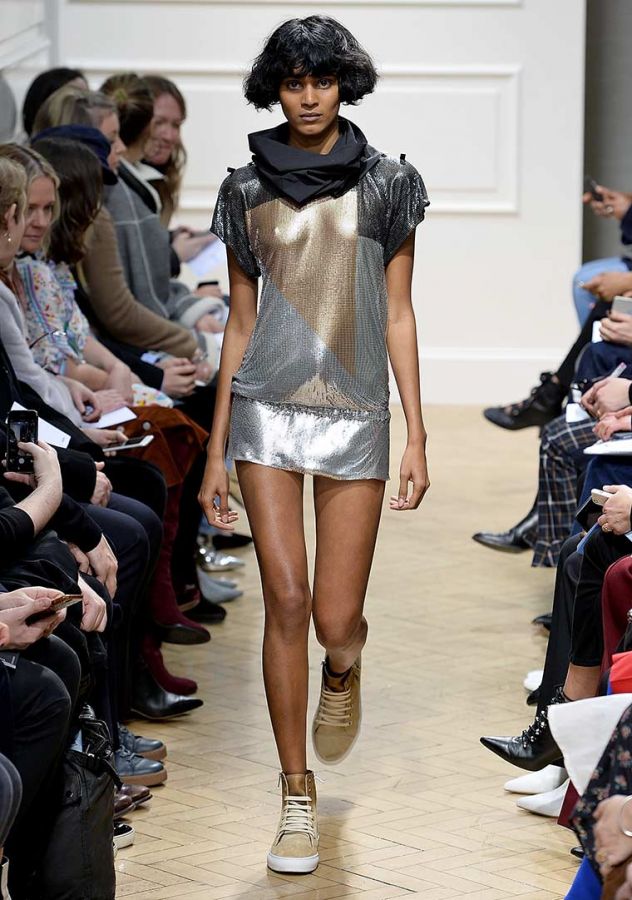 6. The team that won the 'International Fashion Showcase Country Award' 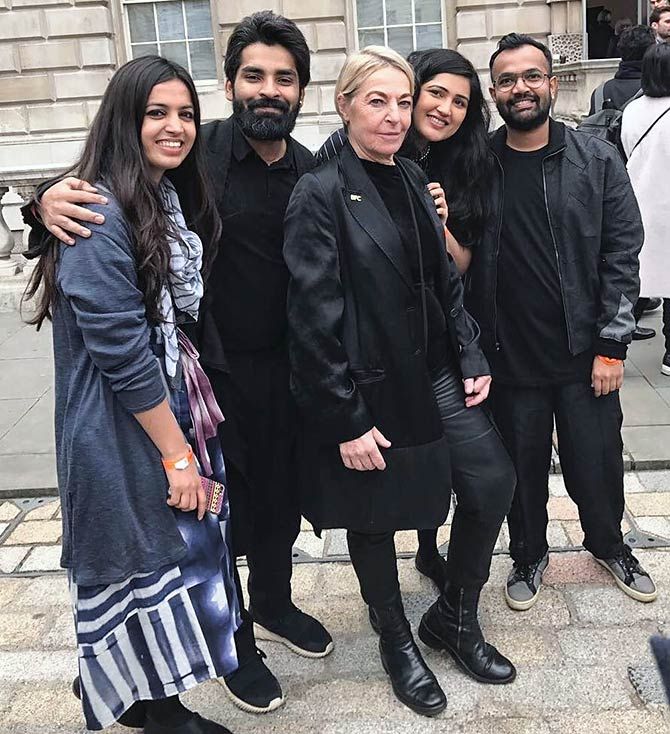 7. Taj Mahal on the ramp 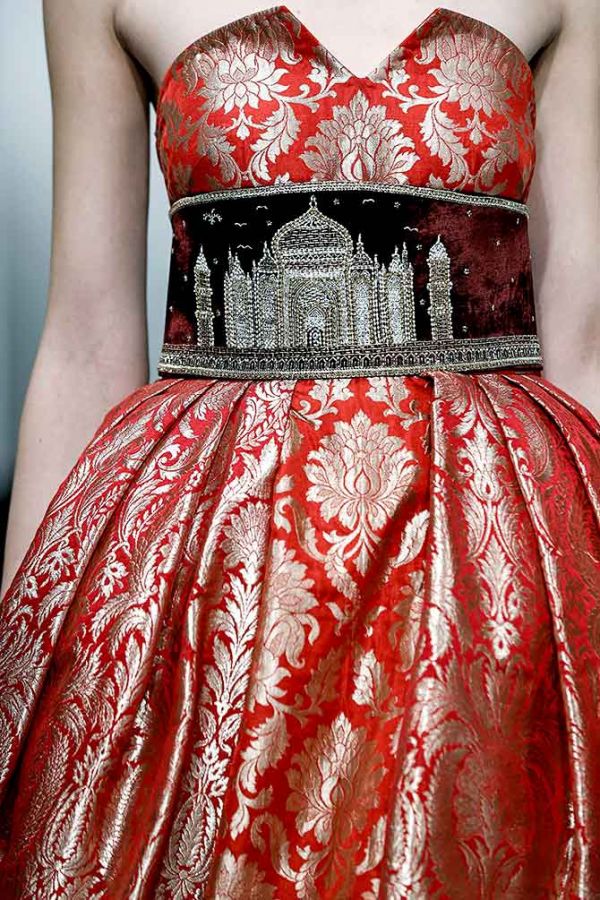 IMAGE: An outfit at the INIFD-LST show with an outline of the Taj Mahal in India.
Photograph: John Phillips/Getty Images 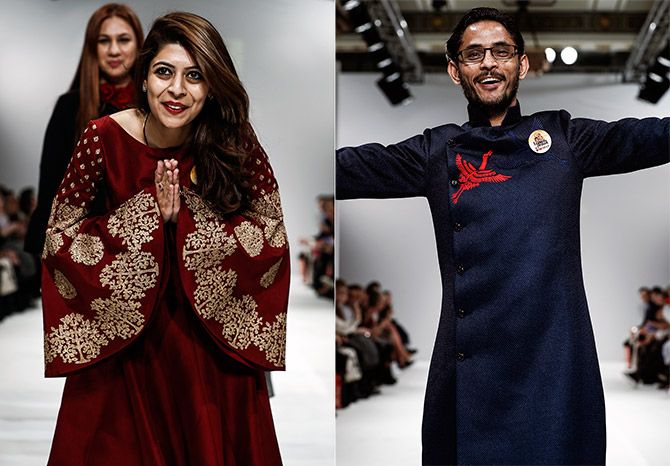 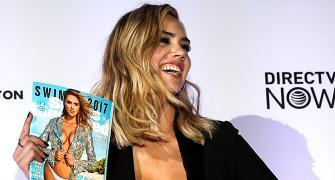 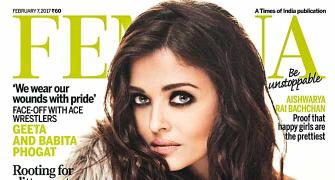 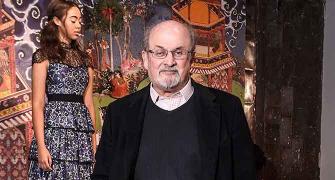 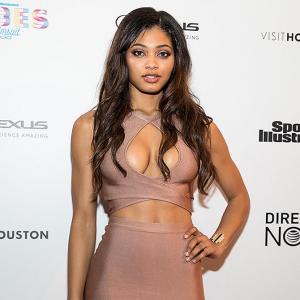 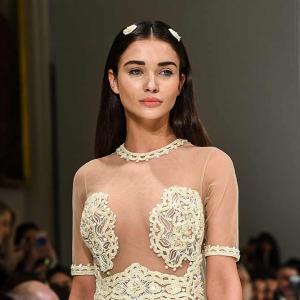