News
Business
Movies
Sports
Cricket
Get Ahead
Money Tips
Shopping
Sign in  |  Create a Rediffmail account
Rediff.com  » Getahead » The toughest exams in India and the world

The toughest exams in India and the world

YouthIncMag lists some of the toughest examinations to crack in India and the world.
How many of these have you appeared for? 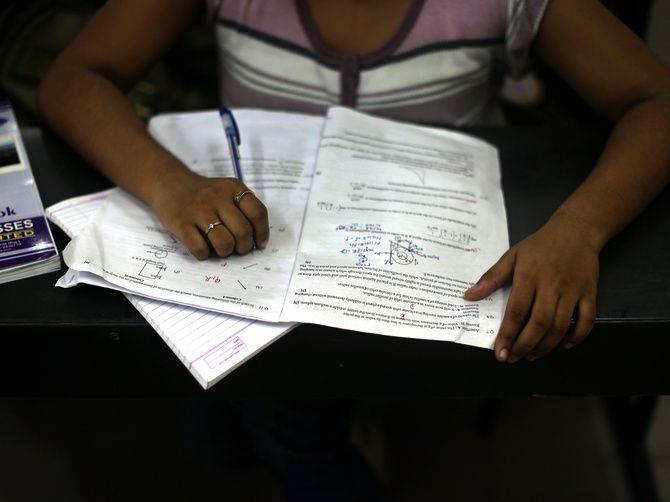 Examinations are the living nightmares of every student in the world.

As they grow older, they keep getting more competitive, challenging.

Although every student may feel that s/he has faced the most challenging test, deep within, we all know that some exams are more difficult than others.

Here, we list down the 10 most difficult exams  to crack globally. The list (not in any particular order) is based on student research and overall analysis.

Cisco Networks conducts this examination for the recruitment of Internet experts within their organisation.

The test is divided into 6 parts within 2 phases.

Only the candidates who clear the first phase are certified to appear for the second phase.

The practical phase of this exam lasts for 8 hours and has a clearing rate of 1 per cent.

GATE is an all India level examination which acts as an entrance test for Indian students pursuing engineering.

The test opens doors for post graduate courses for the candidates who clear the test.

Approximately 10 lakh students appear for the examination annually of which only 15 per cent qualify.

Candidates need to have a percentile higher than 99 to make it to the IITs.

The Gaokao examination is a compulsory exam which is to be given by every high school student in China.

The test, which lasts for about 9 hours across two days, is mandatory if the student wishes to pursue higher education.

Ranked as the 8th most difficult exam to crack globally, it has been the reason for stress and anxiety for many Chinese teenagers.

This fate deciding examination has attracted many documentary makers all over the world.

The Indian Institute of Technology Joint Entrance Examination is an exam which is to be cleared by Indian engineering aspirants who wish to enter the most prestigious engineering institutes in India.

The exam is divided into 2 objective papers of three hours each. 1/4th mark is deducted for every incorrect answer.

This central agency in India conducts all major examinations and to recruit all the top notch government officials in the country.

It is considered one of the most challenging examinations in the country.

Even those who clear the IIT and GATE find it difficult to clear this one.

The Mensa Society is a global society consisting of people with the highest IQs.

Every country has its own Mensa Society, and it’s the oldest and the largest IQ organisation in the world.

The Mensa IQ Test is the most difficult IQ Test in the world and only the cream of the applicant’s population is accepted into the society.

The lowest IQ present in the society too is the mind-boggling 98 percentile. There is no age bar and its youngest member is 2 years old.

Most universities in the US providing higher education require all of its applicants to have a specified GRE Score.

It can be taken online as well as offline.

The CFA is not exactly an examination degree. It is more of a professional stature.

The Wall Street Journal has ranked it as the most difficult exam in the world.

Less than 1/5th of the applicants clear each year, that too after repeated attempts. The test consists of two objective and one essay type subjective.

This fellowship exam conducted by Oxford University’s All Souls College is considered as the second most challenging exam in the world.

Until quite recently, the applicants were supposed to write a single essay based on just one word in the paper.

It requires tremendous amount of factual knowledge and a highly imaginative mind to crack this exam.

Only two candidates are selected for fellowship every year.

An average candidate who gives the Master Sommelier Diploma Exam gives up after the 5th or 6th attempt.

The exam is divided into 3 sections -- theory, service and blind tasting.

Since it is an exam of expert winemakers, students not only have to identify the taste, but also the year and region of the wine.

Since its inception in 1940, only 200 candidates have cleared this exam, that too in their 3rd or 4th attempt.

These exams definitely aren’t every person’s piece of cake.

We applaud everyone who has attempted these examinations at any point in their lives. Those who have cleared them clearly represent some of the most academically advanced people of this world. 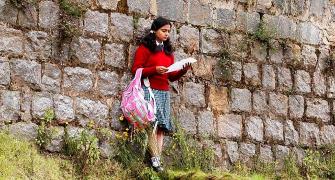 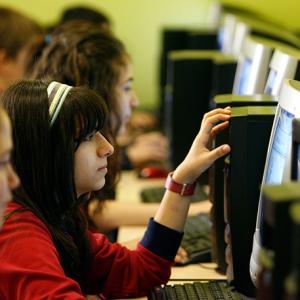