The Livo is one stylish looking motorcycle that's a blend of swooping lines and sharp flourishes. The designers have done a brilliant job here to make sure that the Livo matches up to its heritage. In-fact, at first glance, one would easily be led to think that the Livo belongs to the 125cc segment instead of the 110cc, says Tanmay Pangam 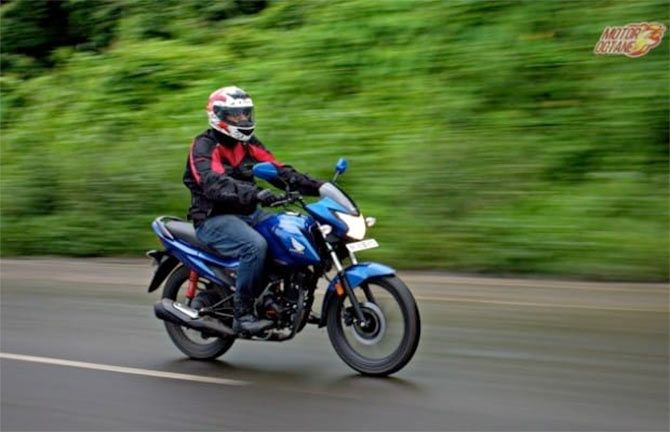 Honda has always wanted to dent into Hero MotoCorp's sales in the commuter bike segment. That is when the bikes like Dream Yuga and others were introduced in 110cc. But now, most of the 110cc bike owners need more. They need better styling and design. As a lot of commuter bike buyers are between 18 to 25 age group, the bikes have to be stylish. And Honda Livo, a 110cc bike, seems to be winning such hearts hands down.

The Honda Livo won MotorOctane MotoDay Awards 2016 -- Entry-level Bike of the Year. We share our detailed review on this 110cc motorbike. 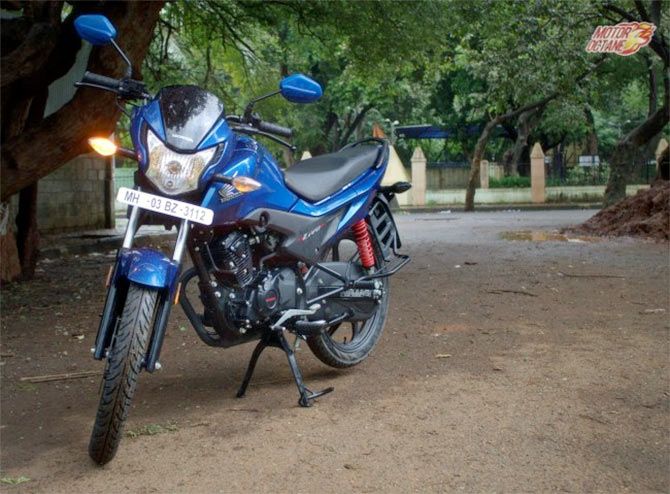 The times they have been changing. There's a new class of riders who, having been exposed to the better things in life, have upped their expectations of the simple commuters. Riders today expect their commuter motorcycles to come with a healthy dose of styling and loaded with features to boot, thereby giving rise to a new class -- the premium commuter bike.

The Livo, from Honda, is the latest entrant in this highly competitive segment. We took her for a quick spin to see how she measures up against expectations.

The Livo is one stylish looking motorcycle that's a blend of swooping lines and sharp flourishes. The designers have done a brilliant job here to make sure that the Livo matches up to its heritage. In-fact, at first glance, one would easily be led to think that the Livo belongs to the 125cc segment instead of the 110cc.

There's a gorgeous trapezoidal shaped headlamp that pays homage to its Unicorn 160 sibling, with air-ducts for company on either side. The blacked out windscreen flows beautifully into the minimalist fairing that surrounds the headlamp. 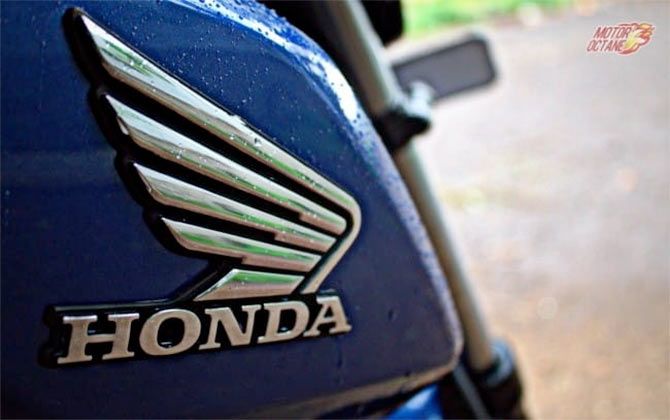 Upping the oomph quotient is a beefy tank that looks rather fetching from every angle. The 3D Wing Logo sits proudly across the flanks, on those sharp looking tank extensions. This really is a standout element on the Livo and we love the job that Honda's designers have done here.

The Livo sticker on the side that's finished in white with red accents, contrasts beautifully with the red-coloured rear shocks. It adds a subtle visual appeal that gets the eyes to flow along the stubby looking muffler as well as the ample sized tail-lamp. Instrumentation on the Livo is an old-school, all-analogue affair. Honda has done well to resist the temptation of going digital on the meters, in favour of rugged and simpler approach (not to mention, the obvious cost benefits). The hexagonal shape adds some much needed flourish, with the left pod housing the speedo and the odometer, the right one showing the 'all-important' fuel levels and the tell-tale lights in the middle. Livo's Switch-gear is a mixed-bag. You get all the lighting controls, flasher and horn on the left, with the right housing the electric-start. It is all very basic and on-par for the segment. But we really felt that Honda should have upped the ante here, especially when the rest of the bike is designed so well.

For example, that push-button high-low beam function and the vertically stacked electric starter are both, non-intuitive to use. The hand-grips thankfully are a typical Honda affair -- offering sufficient grip to prevent the palms from slipping, while being soft to touch.

Buyers are going to be thrilled with the deep, lustrous paint-job on the Livo. Those body-coloured mirrors are just the sight for jaded commuter eyes. Honda's designers must be complemented for having resisted the temptation to slap on unnecessary stickers or graphics on the Livo, for she looks splendid, especially in the bright-blue shade that our bike was wearing. 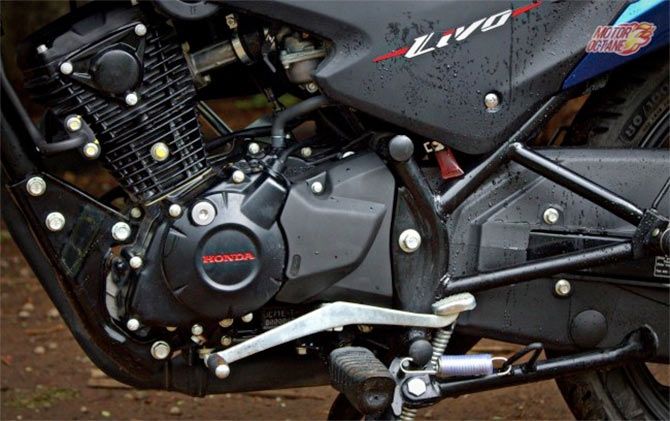 On the engine front, Honda have stuck to the tried-and-tested route. The Livo uses the same 110cc single-cylinder four-stroke motor that was seen in the Honda Dream. Making about 8 bhp and 8.6 Nm of torque, this is a pure low-speed cruiser. Happiest in the 40-60 kmph range, the engine is at its stress-free best. Push the Livo and she'll see 80 km/hr on the odo, but at these speeds, there's enough information to know that you need to throttle-back.

The four-speed gearbox is a fuss-free performer with well-spaced out ratios that are perfectly matched with the relaxed engine. Some vibes do seep in the higher up the rev range, but one is unlikely to hold on to those speeds during regular usage. 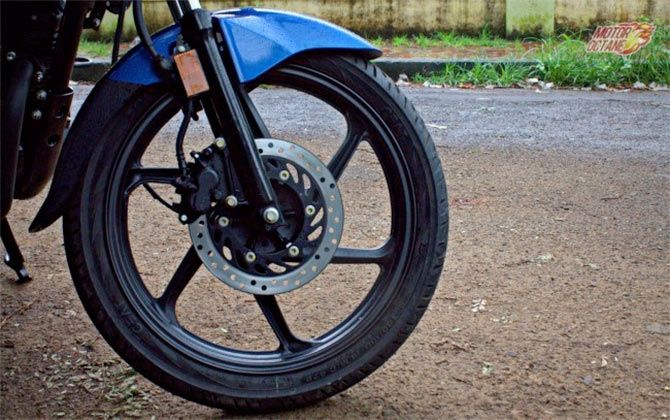 The 110cc class is made for the daily commute. These need to be good in manoeuvrability. The Honda Livo does not disappoint at all. With telescopic forks supporting the frame up front while twin shocks hold it together.

At the rear, the Livo simply glides over the monsoon ravaged streets. The seat is long, flat and comfortable for both, rider and pillion; offering a riding position that's tailor-made for relaxed commutes.

Stopping power is provided by a disk-drum combination and is more than up to the intended task. There is a cheaper drum-brake version, but we would recommend the former for better braking. Speaking of which, it is mildly disappointing to see the Livo miss out on Honda's famed Combi-Braking System (CBS) but understand that sticker price pressures have governed this decision.

The patented Honda Eco Technology (HET) makes an appearance in the Livo. This means that one can expect decent fuel sipping habits. While Honda claims a fuel efficiency figure of 78 km/l, expect the real-world consumption to be in the range of 65-70 kmpl. 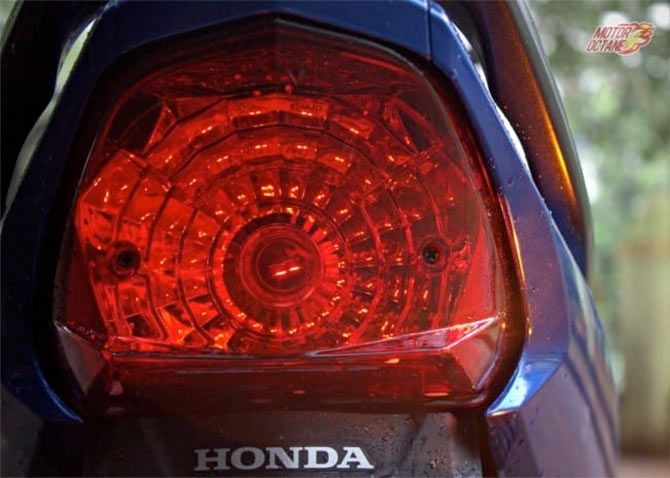 Honda is known for its premium pricing, and the same can be seen with the Livo. Priced at Rs 61,089 on-road Mumbai for the disk brake version, the Livo is a few thousand rupees higher than its immediate competition.

On the plus side, products sporting the Honda logo are known for their fuss-free ownership and stellar resale value. So, if you are in the market for a stylish commuter and don't mind paying a higher initial price for the peace-of-mind that comes with owning a Honda product, then the Livo just might be the bike for you. 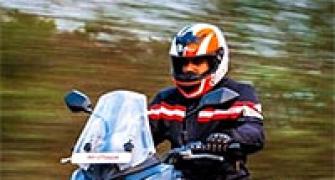 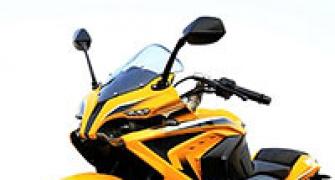 Is Bajaj Pulsar RS200 worth its price? 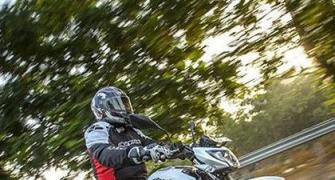 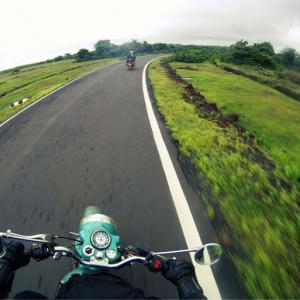 10 tips for a stress-free road trip 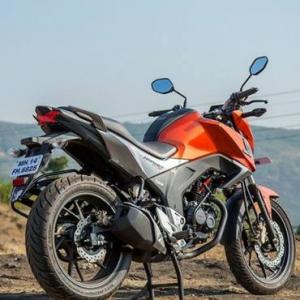