Malvika Iyer is the essence of courage and optimism.

At 13, a freak accident caused her to lose both her hands and severely damaged her legs, raising serious doubts about whether she would ever walk again.

But young Malvika braved the odds and emerged victorious. Today she is a dedicated social worker, a motivational speaker and model for accessible clothing in India.

Malvika is also a Global Shaper from the Chennai Hub, which is a part of the Global Shapers Community, an initiative of the World Economic Forum.

She gives a first person account of her ordeal and how she overcame it to S Saraswathi. 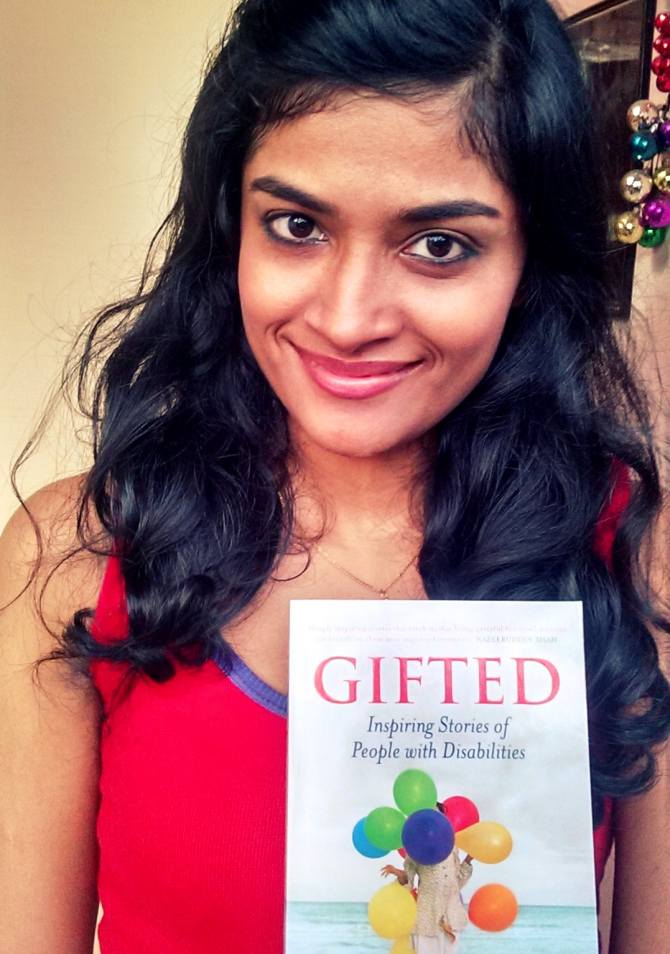 I was born in Kumbakonam. My father was transferred to Rajasthan when I was still very young. I spent nearly 13 years of my early life in Bikaner, Rajasthan.

I had a very healthy and a happy childhood. I was a tomboy; I enjoyed outdoor sports and learnt swimming and skating. I also learnt Kathak for about seven years.

Some months before the accident, an ammunition depot had caught fire in the city and hand shells, grenades and other bits and pieces were scattered all over the city. One such piece landed in our neighbourhood.

We were told that it was a defused shell. I was trying to stick something on my jeans pocket, and I wanted something heavy to hammer it with. I just took this shell and hit it.

With the first hit, the shell exploded in my hand.

There was almost nothing left of my hands. Both my legs had severe injuries, nerve damage and multiple fractures.

It took nearly two years and several surgeries for me to walk again.

For the first three days after the explosion, I was totally conscious, aware of each and every thing happening around me, but my body was numb.

Within moments of the explosion I heard my mom screaming, "Meri bachhi ke haath chale gaye!"

I was taken to the hospital immediately. There was so much damage to my limbs that my body went into a state of shock. I could not feel anything as the four main nerves were instantly cut. There was 80 per cent blood loss.

When I reached the hospital there was zero BP, the doctors were not sure if I would survive.

Even in that state I remember apologising to my mom, telling her that I am sorry I put her through this. Then I said I wanted to meet this friend of mine. It was so strange. I gave the contact number of my friend and told my parents to call her. I was terrified; would this really be the last time I was going to see these people?

The doctors were not sure that they would be able to save my leg, especially the left one. It was dangling, just hanging from a small bit of skin. They wanted to amputate it, but my parents did not want to risk any more damage. They took me in an ambulance to Jaipur.

The splinters were stuck all over my legs and had penetrated deep within. The pain began to sink in and it was terrible. I can remember those days and nights filled with pain.

But the doctors were good and managed to save my leg. Though completely disfigured, with no sensation in my left leg and a foot drop (difficulty in lifting the front part of the foot) in the right, I am lucky I still have them.

My hands, though, were completely cut off. There was no need to amputate them because they had been blown off; they couldn't even find any trace of them at the accident site.

Later a skin grafting operation was done and with that I am left with just two stumps. Fortunately, the stumps, especially the right one, were quite long, so I was able to lift them like how a squirrel does.

I was treated at a Bone and Joint clinic in Anna Nagar in Chennai. After months of intense therapy, I was finally able to walk.

My accident happened in May 2002. I took my first few painful steps in November 2003.

I still had a long way to go.

Getting on with life

We started enquiring about artificial hands. There was not much awareness about this, so my mom and I used to Google. We found a German prosthetics company called Ottobock that had a branch in Chennai.

That is how I got a pair of bio-electric hands.

I started practising to write; initially my handwriting was very big, and then slowly, with practise, I improved.

This was in December 2003. In four months my friends would be appearing for their 10th board exams. I felt totally left out.

I was in touch with a very close friend in Bikaner. She used to tell me how they were preparing. I decided that I would give it a shot. My mom found this coaching centre right behind our street.

I had just three months to prepare. All my childhood, I have been into sports and dancing and skating, and now I could do nothing but sit and walk a bit. As I had no other choice, I think all my concentration went into academics.

I got a State rank among the private candidates, and I was one among the State toppers, as well. I scored centum in both Math and Science and 97 in Hindi, also a State first.

I felt like a celebrity. The next day, all the leading newspapers covered me. They wrote about how I overcame my disability to achieve this distinction. It was all very encouraging.

I was invited to Rashtrapati Bhavan to meet Dr APJ Abdul Kalam (then President of India). 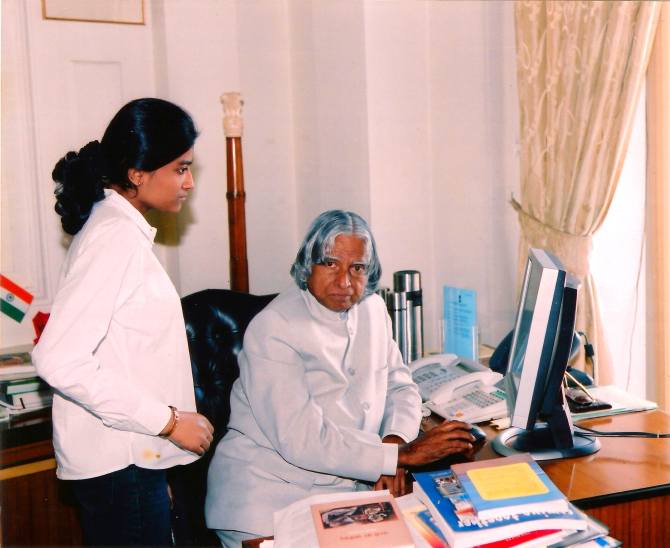 I got to meet a lot of other celebrities. I was given an award for outstanding model student by Wisdom magazine.

After 12th, I joined St Stephen's College, Delhi, where I graduated in Economics (Honours).

I then did my Master's in Social Work from the Delhi School of Social Work.

During my field training, I had the opportunity to work with differently-abled children. I realised that this is something I have to be a part of. I could empathise with them and understand them better. Since I was always given a lot of encouragement, I wanted to give something back.

Last year, I was invited for a TEDx Talk and that talk completely changed the course of my life.

Until then I was just doing my work and trying to be a part of society. But that wasn't helping me much and I would still feel bad that everybody else is normal and I am not.

But when I started talking about myself, I realised that I was actually much better off than a lot of people, who would complain even without any problem in their life.

I was seen as a motivational speaker. Now I get invited to talk at colleges and schools or to corporates in Chennai and other cities.

Last year, I was invited to host the India Inclusion Summit in Bangalore. I was the emcee and had the opportunity to meet a lot of differently-abled people. There were people who had actually achieved something or who were in the process of recovering and coming out of it. It was a great honour to be able to host such a programme.

This helped me realise that I have to accept my disability. It is not like I am ever going to get my hands back.

The people around me made this possible -- my friends, my family, and my mom especially. She was my support throughout. She was like my shadow. She made sure that nobody hurt me in any way. It is her positive spirit that has made me who I am today.

She has given me a lot of freedom; she never treated me differently at all. There was never any show of pity.

Presently, I am Junior Research Fellow doing my PhD in Social Work at the Madras School of Social Work. I am studying the experience of inclusion; how differently-abled people feel in society and what is society's attitude towards them.

Initially, I used to feel bad when people stared at me. It made me very uncomfortable, but now it does not matter. I know who I am. I have become more strong-hearted, what they feel or how they see me does not affect me any more.

Apart from this, I have been passionately working on everything outside. Recently I did a ramp walk at NIFT (National Institute of Fashion Technology), Chennai.

I am a model for accessible clothing; it is an initiative of Ability Foundation and NIFT. 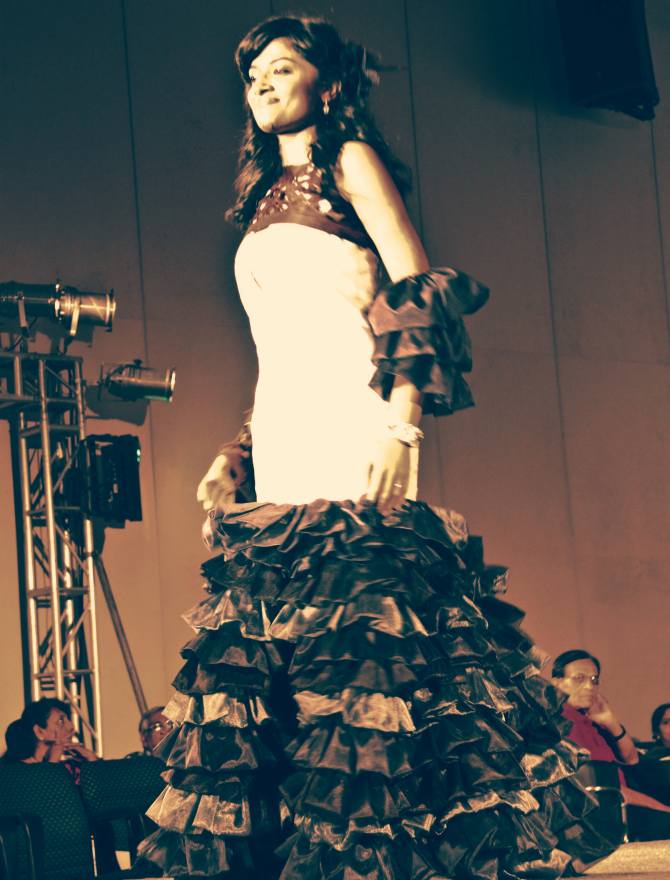 Malvika Iyer on the ramp at NIFT

The students designed two gowns for me, taking into considering my prosthetic hand. I was the showstopper for that evening and it was an amazing experience. Ever since then I have been writing about accessible clothing.

When I was in the hospital bed 12 years ago, I thought that I could never come out of this. Now I can see that there is so much more to do. I think life is really, really good.

I was invited to host a Run in Bangalore recently.

I went all by myself. I handled everything, from the airport, all the travelling, the stay in the hotel, etc. Today I can do 90 per cent of my work on my own, without any assistance.

When I think about how my life has turned out to be, I think it is fine, whatever happened.

I would not have wanted to live a mediocre life. I have always been scared of mediocrity and I am not sure how my life would have turned out if it were not for this accident.

I feel I am blessed because I know that something very horrible happened and even now it is not like I am 100 per cent all right. I can't just run around and do everything on my own. My legs still hurt when I walk.

But a lot of good has come my way.

I am confident I can do something meaningful with this life. I don't have any regrets.

Dancing was my first love. I used to be sad that I could not dance like before. But now I have started dancing again. I cannot dance as gracefully as before, but I still dance.

At the Bangalore Run, I danced on the stage. I think life is all about making the best with what you have.

I got engaged in February this year to a wonderful man, a design engineer, and there is a lot to look forward to in life rather than just sitting around thinking of what could have been. 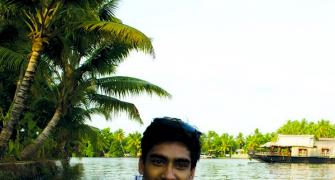 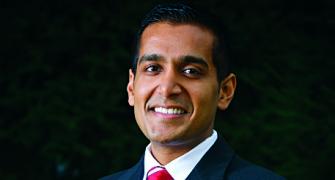 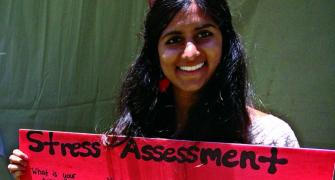 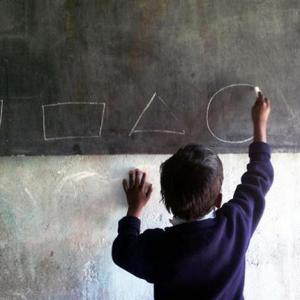 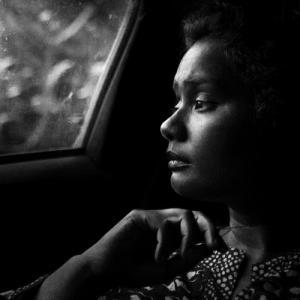