Wandering along India's coast, from Bengal to Gujarat, following fish 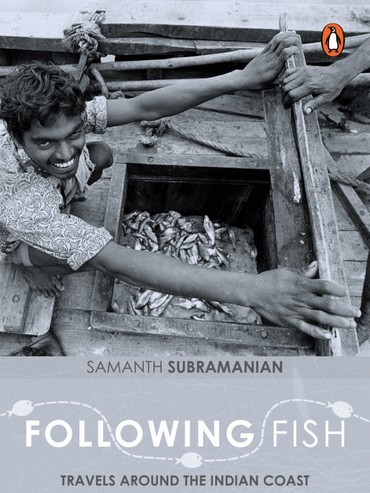 Samanth Subramanian, who we interviewed in July, has won the Shakti Bhatt First Book Prize 2010 award for his book Following Fish.

The Shakti Bhatt Book Prize is an award that is special to all of us at Rediff.com since Shakti was a beloved colleague whose brilliant career as a writer and publisher ended tragically three years ago. She was just 27.

Chances are that you'll find Following Fish in the non-fiction section of your favourite bookstore, a section many of us rarely visit.

But this travelogue of a man's journey along the Indian coastline from West Bengal to Gujarat through Orissa, Andhra Pradesh, Tamil Nadu, Karnataka, Kerala, Goa and Maharashtra, makes for a far more fascinating read than most current bestselling Indian fiction.

Written by Samanth Subramanian, Following Fish is much more about the nameless fishermen and their lives than it is about fish itself. (Read excerpt from the book here)

Subramanian is a journalist by profession and narrative journalism is a form he says he is most comfortable with. He's also something of a nomad being born in the UK and having lived in Chennai, Gujarat, Indonesia and Delhi. A travelogue therefore seemed like a natural choice of genre for his first book.

He tells Rediff.com's Abhishek Mande what drove him to write it, why it isn't really a book about food and why the very act of fishing fascinates him.

Tell us something about yourself. Have you travelled a lot?

My father worked with various trading companies. So when I was younger I shifted a lot of houses. I was born in London, then we moved to Chennai when I was two. Since then I have lived in parts of Gujarat, Delhi and Indonesia.

I went to the US for an undergraduate degree in journalism, returned and wrote for various publications like cricinfo.com, Outlook, Economic Times and the New Indian Express.

I went back to the US where I completed my master's in political science from Columbia University before returning to join Mint.

So yes, I have travelled around quite a bit, lived in various cultures and experienced them first hand. The fact that my first book turned out to be a travelogue didn't surprise a lot of people who know me.

What was your most memorable experience/s while researching Following Fish in your journey along India's coasts?

Oh definitely the one where I swallowed a live fish (referring to the Goud family's 'fish treatment' in Hyderabad for asthma). It is a story I'll tell my grandkids.

The moment (when he swallowed the live fish) came after over four-and-a-half days of reporting so things were slowly but surely building towards this point. It was obvious that at some point I would be standing there swallowing the fish.

When it did arrive I realised it was not so much the idea of a live fish that was overwhelming and shocking but the pungent filling (of asafoetida), which brought tears.

That particular moment was invested with so much significance I remember the details with great clarity.

But there is a lot of speculation about this 'fish treatment'? How did you relate your encounter without showing bias?

The critics of the Goud family and the 'treatment' are orthodox in their own way as is the family they criticise. It was important to tell both the sides of the story so balancing might have been difficult.

When as a journalist you write a story (for the newspaper) you are supposed to offer closure. Here I had the liberty of not taking either person's side, of leaving it open.

A lot of people told me that I sounded unsure in that piece. But that was how it was. When I left Hyderabad I was just as confused as I was when I had arrived there. There were no clear answers, so I left it at that. After all, life isn't all black and white either.

Did you travel at a stretch? How many months of travelling did it take for you to complete the book?

The book was written over two-and-a-half years. For most of this time I held a full-time job, so I obviously couldn't travel constantly. I also did not strictly travel from West Bengal to Gujarat -- though Bengal was the first and Gujarat the last state I visited.

The book was a stop-start affair involving research and talking to people besides travelling.

If I were to hazard a guess, it took about three-and-a-half months of travel to complete the book.

How did you balance your day job with the writing?

Writing and research was done over the weekends, sometimes before I went to work and sometimes even after I returned.

Every crevice of my free time was filled with the book. 2009 especially was a blur. Thankfully I loved what I was doing, which was a saving grace. 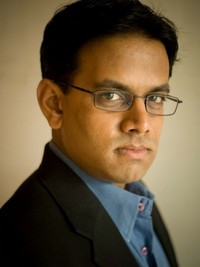 Why did you choose travelogue as a form of expression while writing about fish?

It actually happened the other way around. I wanted to write a travelogue and ended up choosing fish as the theme.

Strictly speaking I wouldn't call Following Fish a travelogue. It is a form of narrative journalism -- where you don't just present an impressionistic view of your travels but incorporate elements of reporting and journalism in the narrative.

Subsequently when (my publishers) Penguin and I were exploring the idea, we thought of having a travelogue along the coast because it is self-contained, has a beginning and an end and you can simply knit the entire story by travelling along the coastline.

Fish, we realised, is the common uniting theme since it is at the heart of what people along the coast do; it is part of their livelihood and their culture. So that's how it all came about.

You mention in the introduction of the book that you don't come from a fish-eating family. When did you get fascinated with seafood?

My family doesn't have any kind of meat, let alone fish. But when I was eleven, I started eating chicken and pork. I never liked fish somehow and seafood wasn't exactly my favourite.

For the purposes of the book though I thought I could examine the broader society that produced the food.

Hilsa, for instance, isn't just a fish for the Bengali community. The importance they attach to it, the weight it carries...it is more of a cultural artefact.

Following Fish is not so much about food as much as it is about the society around it. The food itself wasn't so much an object of fascination. It was what came to produce the food as we know it and the traditions associated with it that took me in.

In the book I try to take a semi-anthropological view of food.

What has been the most interesting fish you've had?

What advice do you have for young writers setting out?

You have to read a lot and read widely because it will greatly influence how you use the language.

Don't just read things that you relate to, read pieces you cannot identify with too. Understand how such pieces are structured. A well-written article -- whether or not one relates to the ideas in it -- will be read.

And secondly you simply have to write to perfect the art -- be it a blog or short stories or diary, anything. It's Malcolm Gladwell's theory of doing something for 10,000 hours before you get considerably good at something.

What kind of books do you read?

As a child I grew up thinking of non-fiction being something very boring and dull. However, it wasn't until I was 19 or 20 years old that I realised how non-fiction as a genre could be used to tell some engaging stories.

Could you pick five of your favourite books?

(Pauses) I am not very sure. But I immensely enjoyed reading David Remnick's King of the World.

Remnick is the editor of The New Yorker and what he does in this book is pick an episode in the life of Muhammad Ali and investigate the hell out of it. He narrates the story of how Ali became a black icon. It is a historical tale, but the book itself is a great example of some original analysis and great reporting.

Remnick has written about fights he hasn't obviously seen. But he has spoken to so many people and watched these fights on videos, so he is able to build a composite picture of these fights.

The style is so lucid and clear that the book stands out in what journalism can do with a historical episode.

What books do you reach for when you feel the need to be inspired?

Portraits and Observations, which is a collection of all the essays by Truman Capote, is a great book. You can see how hard he has worked, but it is all so unforced.

Capote has such a strong natural voice and jolts you back to the most important things in writing -- that you should have something to say and say it well.

Then there is Something to Declare, a collection of essays by Julian Barnes, who is better known as fictional writer. His essays witty, erudite and he makes some amazing observations.

Then there are a bunch of New Yorker compilations of food and drink, which helped a lot while writing the food chapters.

And somewhere there, I think, there's King of the World too.

You have travelled a lot, what are your favourite travel destinations?

Thanjavur in Tamil Nadu, primarily because of the memories associated with it and the great weather.

Goa in the monsoon, because there are no tourists, you can drive around wherever you want and find little-known places.

Mumbai, because it is a great place to visit. Especially if you are visiting over the weekend, there is no traffic and your hosts will be happy to drive you around. But it is also a terrible place to live in.

I lived in Andheri West (northwest Mumbai) for six months and those were the longest six months of my life.

Chennai, because it is my hometown and I feel it is highly undervalued as a tourist destination only because of its weather.

The North-East, because I haven't visited it yet! I want to go to Sikkim and Arunachal Pradesh someday.

Finally, what would you say your learnings from your travels have been?

If there is one thing that resonates the most across the entire coastline it is the destruction of traditional fishing livelihood.

I've written about it in the Goa chapter where it was most visible because of the burgeoning tourism industry. But it came up everywhere, in all the locations I visited.

The other thing that struck me was that the fishing community was possibly the only one that depended so exclusively on natural resources. (Unlike a farmer) there is little a fisherman can do besides adding a motor to his boat.

At its very essence, the act of fishing is still a shot in the dark. You let the bait down and hope that the fish is caught.

The community is losing out to trawlers at sea and to other industries on land. There is a serious decline of traditional livelihood -- which is fine if people are doing it out of choice for a chance at having a better living. But at times the community is involuntarily pushed out. And that is sad. 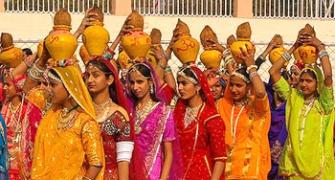 Images: Where camels walk the ramp 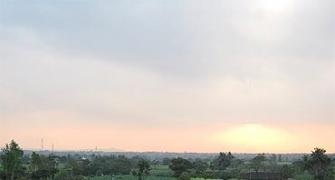 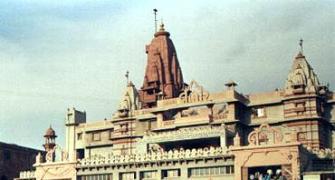 Travel: A road trip to remember 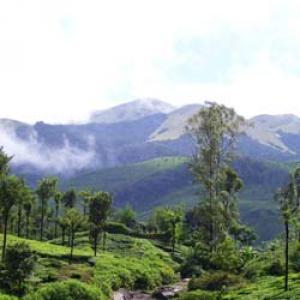 The memory of the northeast monsoon A taste of India through tea vacation