When he thinks no one is looking, the misogyny of a sham feminist man can be as red in tooth and claw as that of the neanderthal neighbour who beats up his wife.
Only, it seems doubly unsettling because it comes from someone we trusted, says Shuma Raha.
Illustration: Dominic Xavier/Rediff.com

On May 8, New York state attorney general Eric Schneiderman resigned from office after four women who had been romantically involved with him accused him of physical assault.

The women said Schneiderman used to slap them hard across the face, choke them and call them demeaning names.

In the age of #MeToo, this was yet another instance of a man with power and influence being held to account for his abuse and exploitation of women.

However, Schneiderman's unmasking stands out amidst that of other mighty men. The man who assaulted women with whom he had a relationship had built up a reputation as a champion of women's rights.

As attorney general, Schneiderman initiated legal action against Hollywood mogul Harvey Weinstein for his many acts of sexual predation.

Earlier, when he was a New York state senator, he wrote a law instituting penalties for strangulation -- the sort his accusers say he subjected them to.

Feted by women's groups and lauded for his support of the #MeToo movement, Schneiderman was perceived to be the acme of that rare breed -- the feminist man.

Schneiderman's monumental hypocrisy, his rotten double life as a public feminist and a private misogynist, reminded me of another exposé.

In January this year, there were allegations of sexual misconduct against stand-up comedian Aziz Ansari.

The merits of the charge against Ansari were dubious. But the outrage he faced had a lot to do with the fact that he professed to be a feminist (He was seen wearing a 'Time's Up' pin when last year's #MeToo movement was in full cry).

It was hard to reconcile that shining image of Ansari with a young woman's explicit account of an encounter with him, one where he might have stopped short of assault, but certainly seemed to have behaved in a gross and entitled way.

As in the West, India's liberal urban spaces are now awash with men who wear feminist values on their sleeves.

They are horrified by acts of sexual violence against women; they believe in the equality of the sexes and denounce sexism and misogyny wherever they see them; they share housework and babycare with their partners; they make sure that they are kind and sensitive to women and their concerns.

And we women love them for it. Because we love feminist men -- men who support us, root for us, stand up for us. We find them simpatico. We fall for them hook, line and sinker.

Unfortunately, the fault line between appearance and reality is all too evident at times.

There have been occasions when one has watched a so-called feminist man with disbelief.

One has watched him spout progressive feminist values outside and then discovered that he bullies his partner at home.

Or, one has found him to be ostentatiously considerate towards his wife and yet try to sexually exploit a female colleague because he thinks he has power over her -- the power to make her acquiesce.

Perhaps part of him does believe in some of the feminist pabulum he utters. But they seem to exist in self-contained bubbles in his mind.

When he thinks no one is looking, his misogyny can be as red in tooth and claw as that of the neanderthal neighbour who beats up his wife. Only, it seems doubly unsettling because it comes from someone we trusted.

There are probably many feminist men out there who are the real, 24-carat thing. And there are those who, like Schneiderman, use feminism as their social capital.

They use it to burnish their image as liberal, progressive, morally superior and culturally sensitive desirable men.

Indeed, if there is such a thing as liberal hypocrisy, the sham feminist man must be a pillar of it.

Not all such poseurs will attain the stunning Dr Jekyll-Mr Hyde persona of Schneiderman, of course.

But the difference between the stealthy misogyny of a garden variety fake feminist man and the violent sadism of Schneiderman is a difference of degree, not of kind. 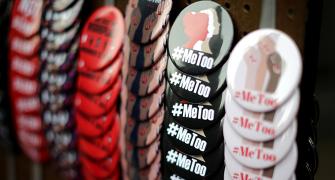 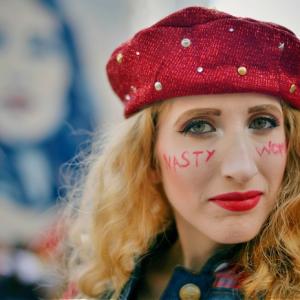