Another woeful show by Team India who were outclassed by Australia in the Test series.

While there were brilliant performances from Virat Kohli, Murali Vijay and Ajinkya Rahane, India's pathetic bowling attack -- which could not claim 20 Australian wickets in any of the four Tests -- was depressing.

A look at how the Indian players fared: 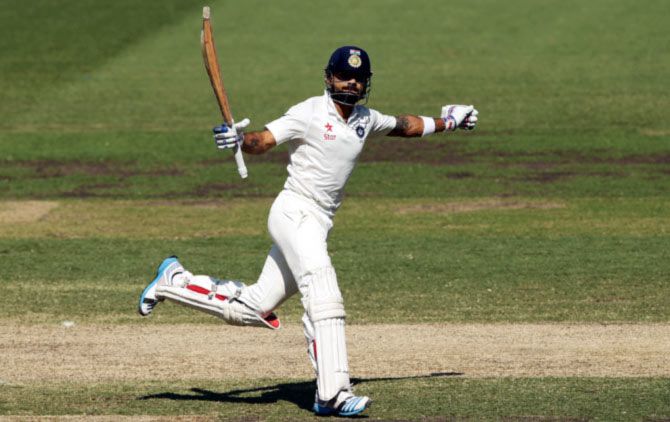 Australia tried everything possible against him -- their players sledged and the boorish spectators booed -- but VK had the last laugh.

He led the team in the first and final Test, and gave the Aussies as good as they got, while finishing with a huge haul of runs.

He smashed 692 runs, at an average of 86, including four centuries, the most by a visiting batsman in a four Test series in Australia and also the most by any batsman from the sub-continent.

In the first Test at Adelaide, he hit a century in both innings, only to be let down by the lower order batsmen in a thrilling run chase on the final day.

Under pressure following his failures in England, Kohli is currently the best batsman on the planet across all formats. 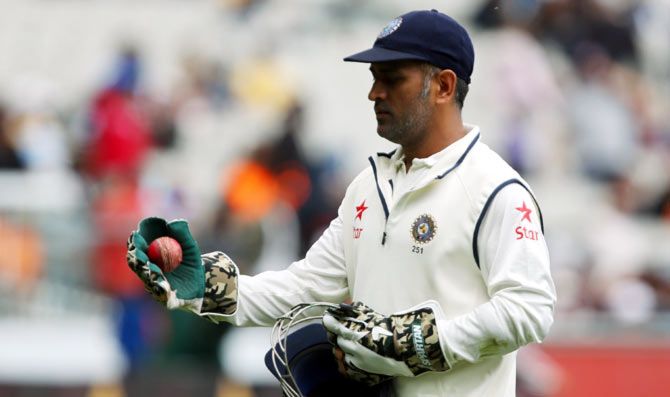 The skipper missed the first Test due to injury, led the team in the Brisbane and Melbourne Tests, before shockingly announcing his retirement from Test cricket after India drew the MCG Test.

He made just 68 runs from the two Tests he played. 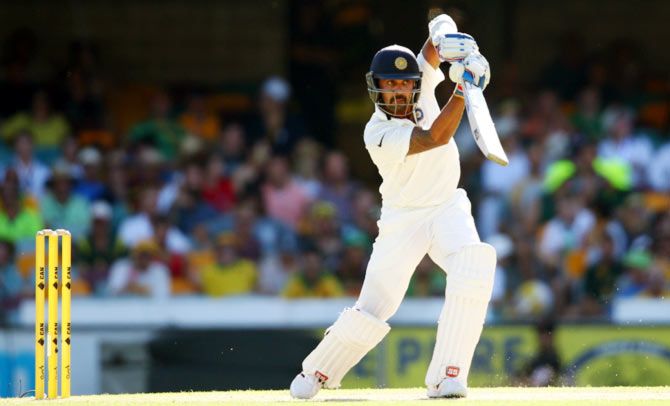 The second-highest run-scorer for India with 482 runs in four Tests, at an average of 60, including a century and four fifties, the most by an opening batsman from India in Australia.

He performed his role to perfection, playing out the new ball each time he came out to bat. 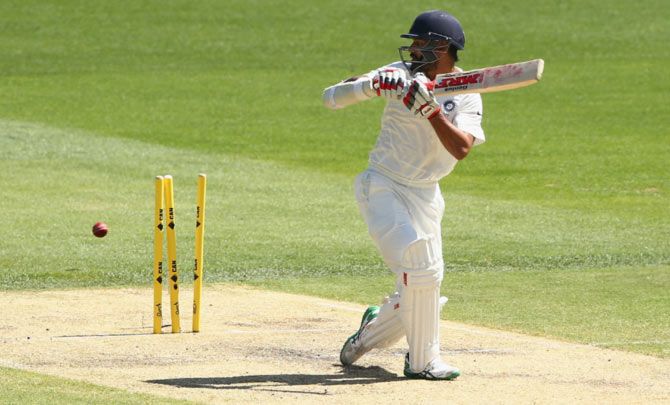 While Vijay grew as a batsman, his opening partner appeared in decline.

The left-hander scored 167 runs in three matches, at an average of 27, before he was dropped.

The team management was clearly frustrated with his habit of throwing his wicket away after getting off to good starts; he fell in the 20s in three out of his six innings in Australia. 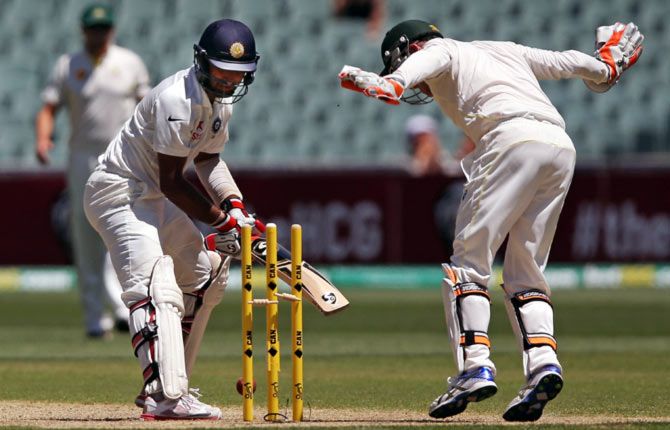 Pujara started off the series with a good innings of 73 before losing steam and, eventually, his place in the side.

Under fire after his poor showing in England, he did his prospects no good following a below par performance Down Under.

He scored just 201 runs in three Tests, at an average of 33, with only one half-century. 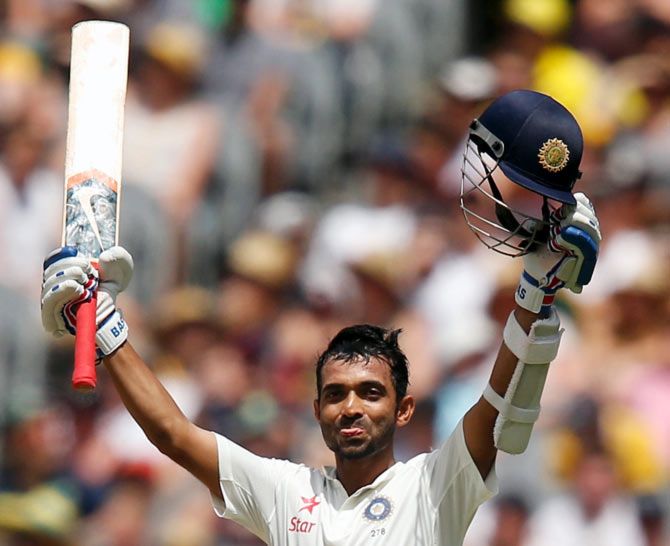 India's most consistent performer away from home in the last 12 months, continued his good run in Australia.

The Mumbai batsman hit two half-centuries in the Adelaide and Brisbane Tests before his sparkling 147 at the MCG.

His 38 not out in the final inning at Sydney helped India escape with a draw when defeat looked imminent. 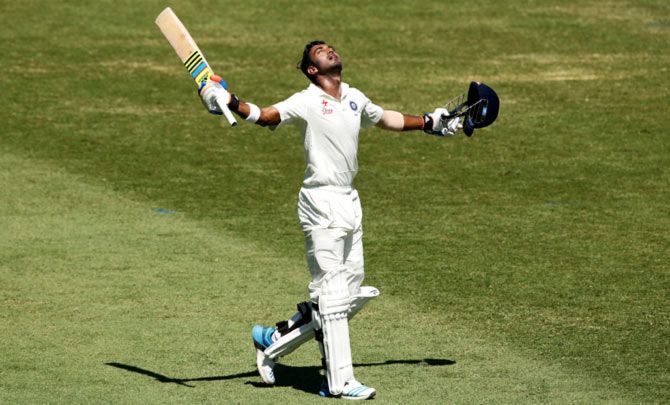 Selected for the series as a reserve opener, he made his debut in the middle order in Melbourne.

He lasted just 13 balls, scoring four runs in the two innings, throwing away his wicket both times with inexplicable shots.

Captain Kohli drafted him as an opener for the Sydney Test and he replied with a fine 110. 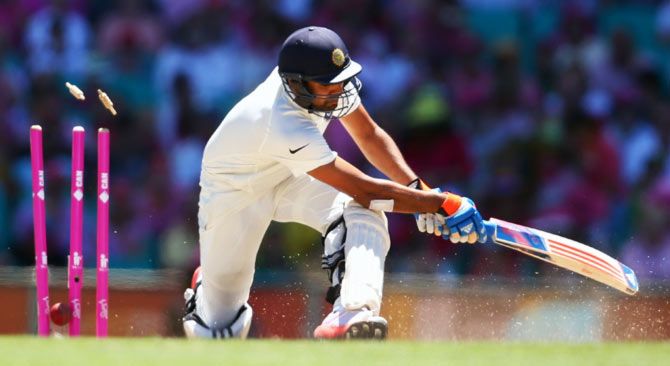 Rohit wasted another opportunity to resurrect his Test career.

Despite failures in Adelaide and Brisbane, he was selected for the Sydney Test, batting at No 3, scoring 53 and 39.

He finished the series with 173 runs from three games, at an average of 28. 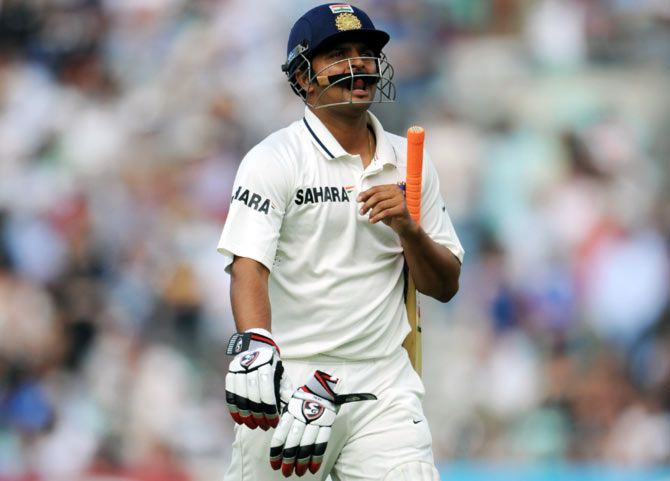 He failed to open his account in both innings in the Sydney Test.

The left-hander has five ducks in his last seven Test innings. 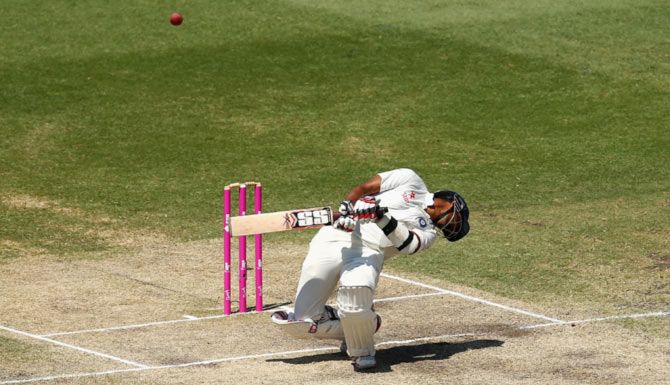 Wriddhiman should have grabbed his opportunity after Dhoni's retirement, but was disappointing behind the stumps in Sydney.

He did not do much with the bat either, scoring 73 runs in four innings, throwing his wicket away with a reckless shot during the run chase in Adelaide. 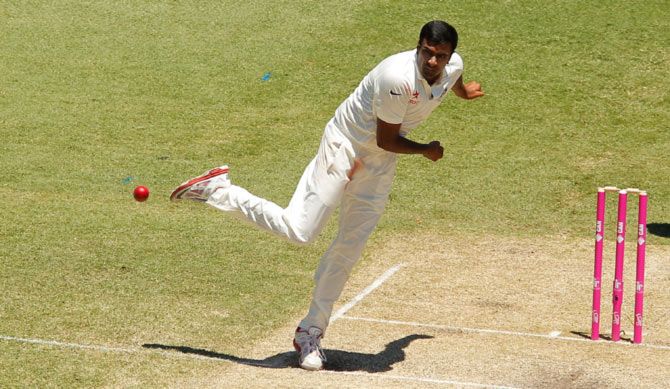 The off-spinner was outperformed by his Aussie counterpart, Nathan Lyon.

Ashwin scored 113 runs at an average of 22, but his bowling is a major worry for India. 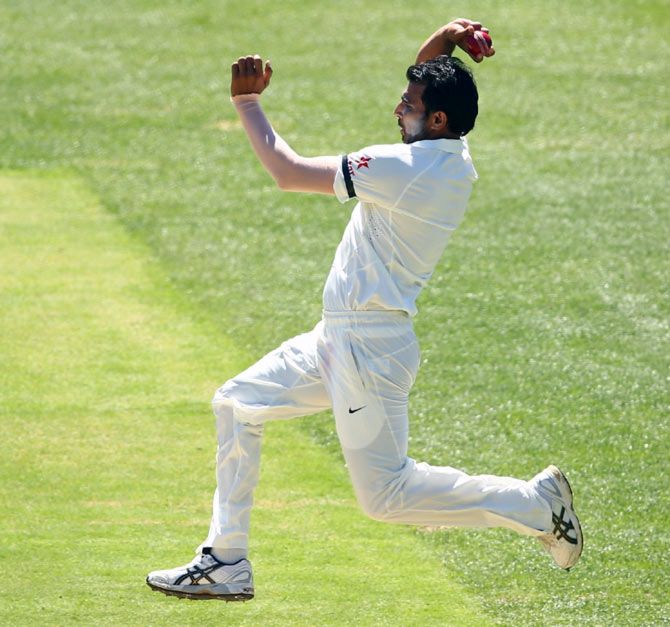 He was India's top wicket-taker, with 15 wickets in three matches.

He was disappointing for much of the series; he lost the initiative in the first innings of the Adelaide Test, taking 2/120 in 24 overs. 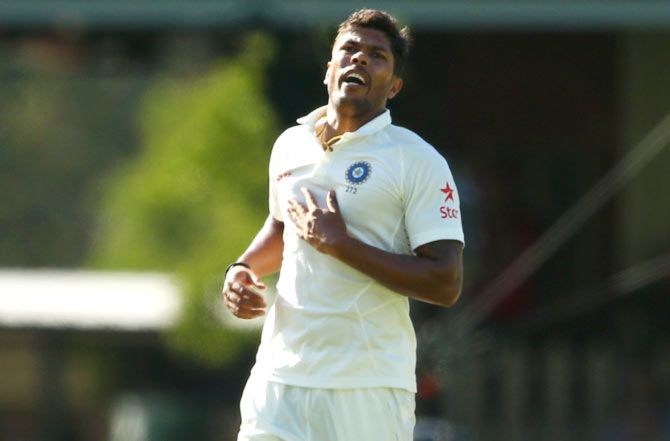 Another Indian fast bowler who promised a lot, but delivered so little. 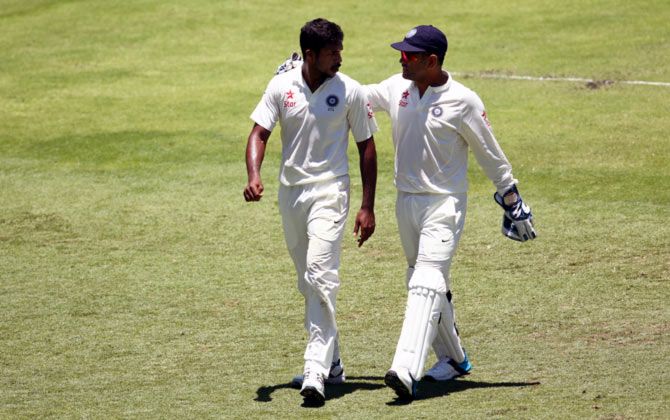 Varun was supposed to make the Aussies jump and hop; he ended up running for cover.

His lack of control gave away boundaries aplenty. He took 5 wickets in two Tests, at an economy rate of 5.64, a major offence in Test cricket! 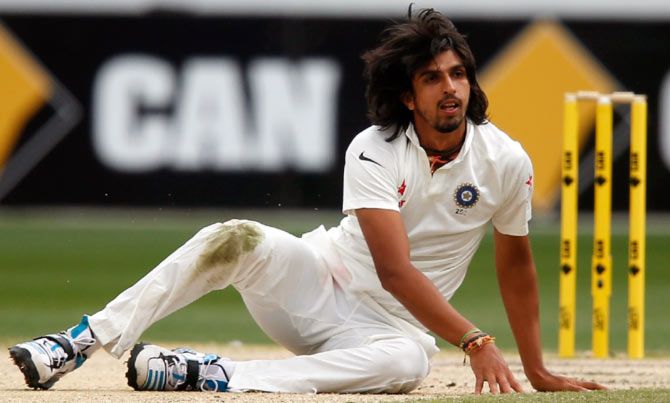 Ishant was billed leader of the pace pack. Again, he failed to last a full series; he played three Tests for nine wickets, at an average of 48!

Clearly, India need to look beyond the lanky pacer who has a poor Test record of 187 wickets in 60 Tests. Drafted into the side for the Sydney Test without match practice, he looked rusty. 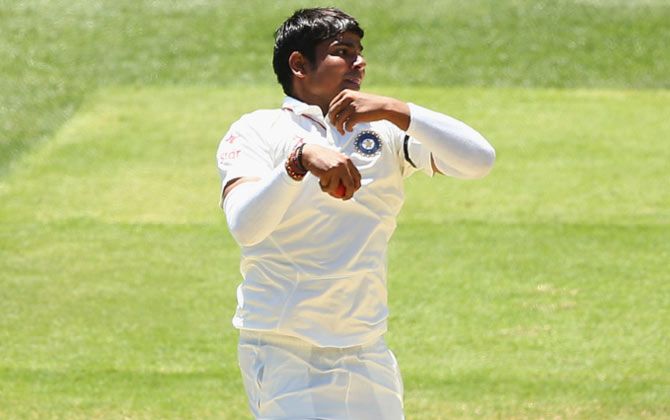 The leg-spinner was a surprise selection for Australia and played just the Adelaide Test. 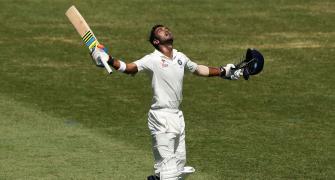 Only way was 'up' for Rahul after nightmare debut 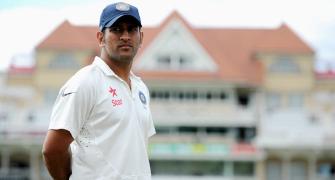 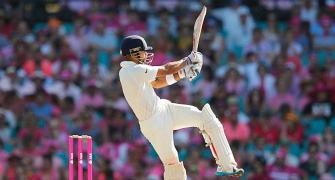 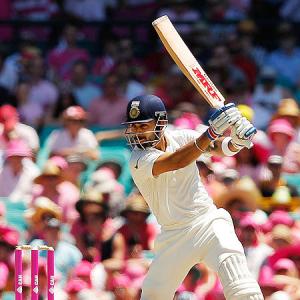 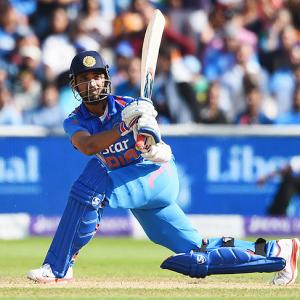 Rahane the cornerstone of India's batting in all formats