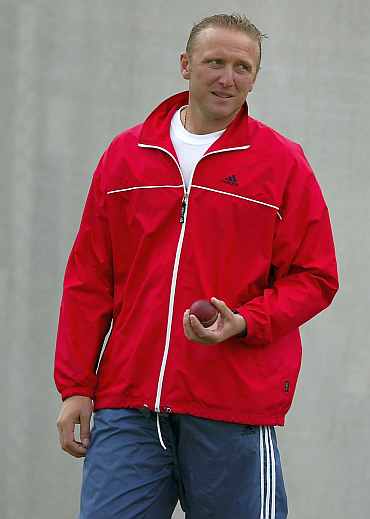 What seemed New Zealand's biggest worry before the start of the World Cup turned out to be the most impressive aspect in their opening match.

You guessed it right.

The reference here is to the bowling of the Black Caps, an aspect that has put paid to many of their aspirations in recent times -- an instance being their inability to win a match despite an impressive effort by their batsmen when they toured India late last year.

However, it was the Kiwi bowlers who impressed the most in their World Cup opener.

Hamish Bennett took four wickets and Tim Southee and Jacob Oram chipped in with three apiece as New Zealand bowled out Kenya for a paltry 69.

And the man who has brought about significant change in the mindset of the Kiwi bowlers is a great bowler himself.

Allan Donald, since his appointment as bowling consultant of the Black Caps, has impressed in his new role.

'Donald has brought into the team confidence' 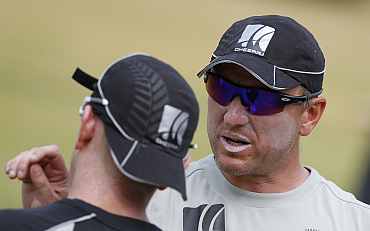 While the New Zealand bowlers gave a good account of themselves in the South African's first assignment -- the ODI series against Pakistan, the highlight being Southee's fiver in the opener at Wellington -- against Kenya they were dominant to say the least.

"He has obviously brought in his wealth of experience," admitted Daniel Vettori, before adding, "But the biggest thing I think he has brought into the team is confidence."

The New Zealand captain proceeds to explain the kind of impact the South African has had in his team in little more than a month of assuming duties.

"To come into our side, especially when the side is not winning, and to instill confidence in our bowers in the manner in which he has, is great," said Vettori, adding, "Besides the knowledge he has about some of the other bowlers (of the other teams) has been useful.

'Great worth to the team so far' 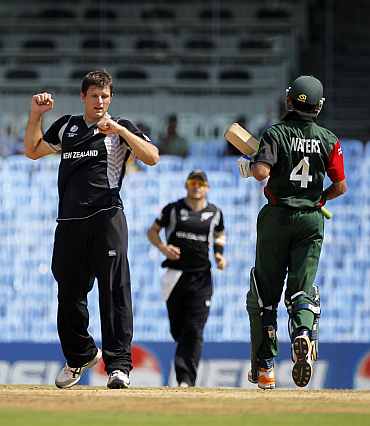 Southee and Bennett, in particular, have worked hard with him and enjoyed his expertise. New Zealand captain's expressed home that this would be a long collaboration.

"Hopefully, for a long time we are going to have him with us," said Vettori, adding, "He has been a great worth to the team so far.

"And the fact that he is so revered in world cricket also brings a lot to the table."

For Donald, who has 330 Test and 272 ODI wickets to his credit, it is his second assignment as bowling consultant with a national side -- the first was with England in 2007.