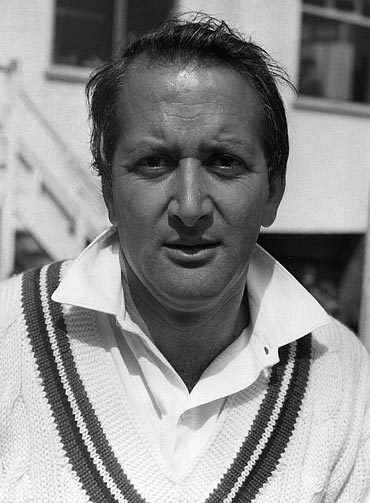 Basil D'Oliveira, the South Africa-born all-rounder whose selection in an England team to visit his native land changed the course of history, died at the age of 80 on Saturday after a long battle against Parkinson's disease.

D'Oliveira emigrated to England with the help of the renowned commentator and writer John Arlott after he was denied the chance to represent his own country by the white-ruled republic's apartheid (racial separation) polices because he was classified as mixed race.

A strong, handsome and dignified man who was already 28 when he arrived in England in 1960 although it was some years later before his real age was revealed, D'Oliveira initially struggled in the alien climate and green pitches he encountered during his early days in the central Lancashire league.

He was a huge success against the West Indies 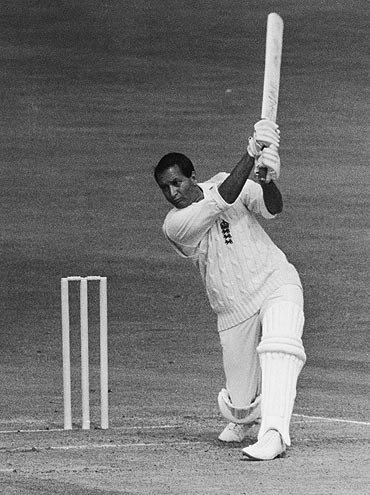 Through sheer determination, adaptability and outstanding natural ability, D'Oliveira mastered league cricket and was signed by county side Worcestershire in 1964.

At a time when England had an abundance of talented batsmen, D'Oliveira was still able to force his way into the national team for the 1966 series against the all-conquering West Indies and was an immediate success against the best attack in the world.

He commanded a regular England place for the next two seasons but, after an indifferent tour of West Indies, he was dropped from the England side following the first Test against Australia in 1968 despite top-scoring with an unbeaten 87 in the second innings.

Injuries to three players resulted in a call-up for the final Test, where D'Oliveira made 158 in a match which England dramatically won in the final minutes to level the series. 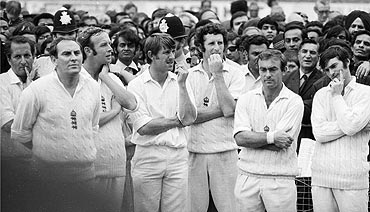 On the following day, D'Oliveira was left out of the 16-man party for the tour of South Africa, sparking an uproar throughout England. However, he received a call-up almost three weeks later when medium-pacer Tom Cartwright withdrew through injury.

South African Prime Minister John Vorster, who had already unofficially warned the English cricketing authorities that he would not accept a team including D'Oliveira, condemned the side as a team of "the anti-apartheid movement" and the tour was called off.

No official cricket side thereafter toured South Africa until apartheid was abolished following the release of Nelson Mandela from prison in 1990.

'Dolly was a true legend' 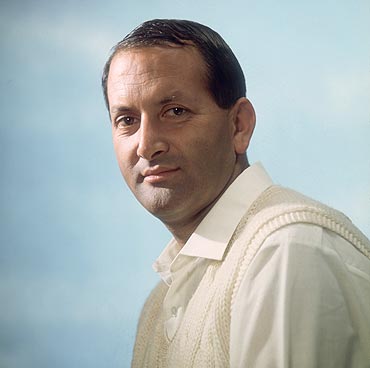 D'Oliveira, whose behaviour was impeccable throughout the furore, continued to represent his adopted country with distinction up to the end of the 1972 Ashes series, averaging a highly creditable 40.06 with the bat in 44 Tests and taking 47 wickets with his medium pace.

"'Dolly', as he was known around the world by an audience that went far beyond the game of cricket, was a true legend and a son of whom all South Africans can be extremely proud," Cricket South Africa chief executive Gerald Majola said in a statement.

"He was a man of true dignity and a wonderful role model as somebody who overcame the most extreme prejudices and circumstances to take his rightful place on the world stage.

"One can only imagine what he might have achieved had he made his debut as he should have done at the age of 20 on South Africa's tour of England in 1951."

Played a pivotal role in revolution of SA cricket 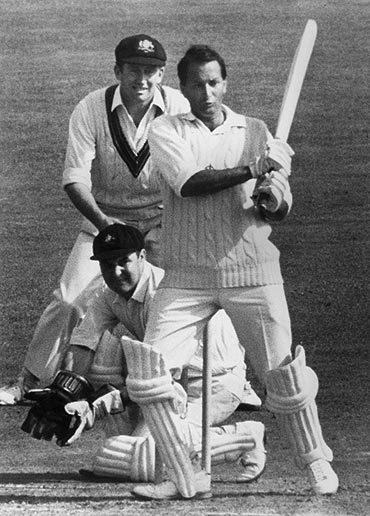 "It was tragic that he had to go overseas because of the colour of his skin to give expression to his undoubted talent," Bacher said.

"To play at that age for England, and a lot of people close to him said he was actually even older, was a fantastic achievement. He was one of those extraordinary players and he succeeded against all odds."

ICC chief executive Haroon Lorgat said D'Oliveira's impact in a divided country transcended the world of cricket and he was an inspiration for underprivileged South Africans.

"When I was growing up in South Africa, Basil was a revered personality in 'non-white' cricketing circles," Lorgat said in an ICC statement. "At the time his influence and his legacy in a divided South Africa stretched way beyond the cricket field.

"Basil was a man of great humility whose dignity impressed everyone when he found himself at the centre of one of cricket's most infamous episodes."

"While he never regarded himself as such, he was a hero to a generation of disenfranchised South Africans."
More
Source: