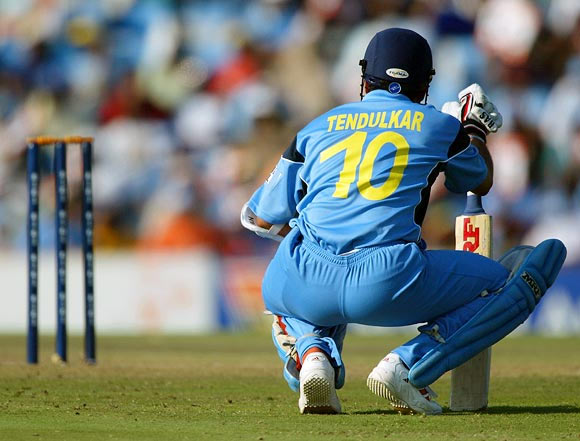 Sachin Tendulkar produced a fairytale run in the 2003 World Cup, which, in his own words, included the biggest match of his career, without facing a single ball in the nets, according to former teammate Rahul Dravid.

No cricketer ever has scored more runs than the 673 recorded then by the Indian legend in a single edition of a World Cup. The highlight was the 98-run knock against Pakistan that saw him take on the likes of Wasim Akram, Waqar Younis and Shoaib Akhtar with aplomb.

"It (his preparation) changes from time to time. In the 2003 World Cup, Sachin Tendulkar didn't bat a single ball in the nets right through the tournament. He only got throw-downs. He just received hundreds of throw-downs through the whole tournament," Dravid said.

"All of us were wondering why is he doing that. When I asked him, he said, 'I'm feeling good. I don't want to go into the nets and waste the touch. I want to feel good about my batting. If I have that sort of feeling, I will score runs when I go in.' And that's what happened!"

Calling the Mumbaikar the greatest player he has played with, Dravid said Tendulkar changed the landscape of Indian cricket. 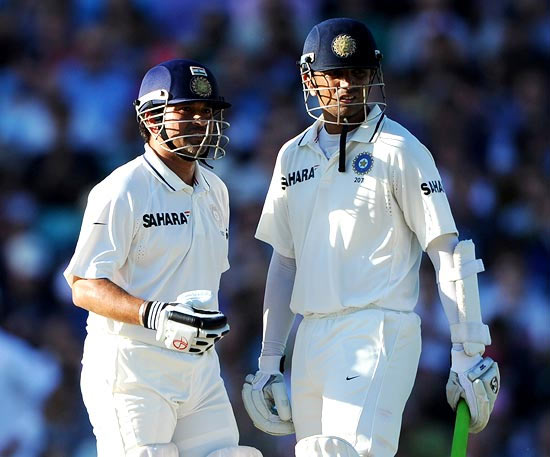 "He's changed the landscape, both on and off the field, for Indian cricket over the last two decades. It's almost mind-boggling. A whole generation has grown up with Tendulkar. They've seen his ups and downs and lived their lives and dreams through his feats. So many people in India want to be a cricketer," Dravid said, while speaking on ESPNcricinfo's programme 'Modern Masters'.

"For the last 24 years, there's been a whole generation of people who've had this privilege and opportunity of claiming to say 'We were there when Tendulkar was the best batsman in the world’."

"A legend. The greatest player that I've played with as a batsman. He's been a huge inspiration. To see a 16-year old boy do what he did was unbelievable. It defied imagination and was a huge inspiration for me. I felt like if he could do it then I should also try to be a Test cricketer," Dravid said.

'It's hard to begrudge someone the desire to score hundreds' 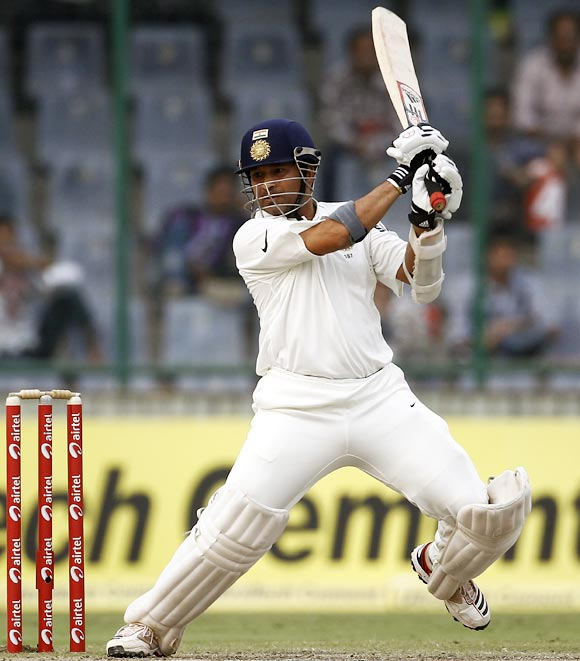 "When someone's scored a hundred hundreds, if you start nitpicking and looking at each and every innings, sure you'll find enough innings to prove your point, but there are also other innings when those hundreds have been critically important to Indian cricket.

"It's hard to begrudge someone the desire to score hundreds. The country's obsession with his hundredth hundred? There's no way that cannot affect you. You have to be human even if you're Tendulkar."

'Tendulkar didn't have a good bowling attack to back him up' 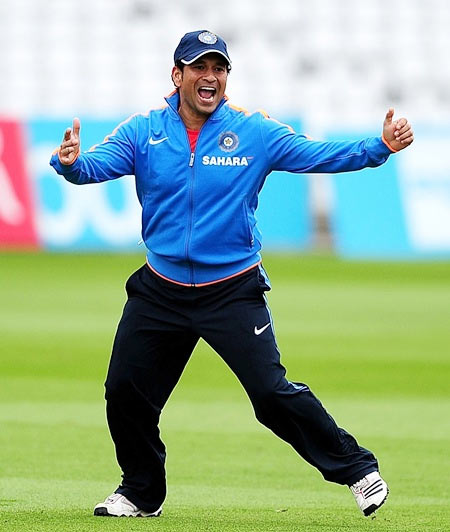 Dravid said Tendulkar could not lead India to victory on a few occasions in Tests because of a weak bowling attack.

"Especially through Sachin's golden period (1998-2002,2003), and especially away from home when he got a lot of runs, maybe we didn't have the bowling attack to back him up in those games.

“I can remember, even as recently as Centurion, his last Test hundred was a brilliant Test hundred against (Dale) Steyn and (Morne) Morkel. But we couldn't get South Africa out in the fourth innings. The context of those hundreds changes completely if you have the bowling attack to get people out.

"If there's one thing he'd like to better about his numbers, though, it'll probably be his fourth innings in overseas Test series."

'His judgment of length was a marvel' 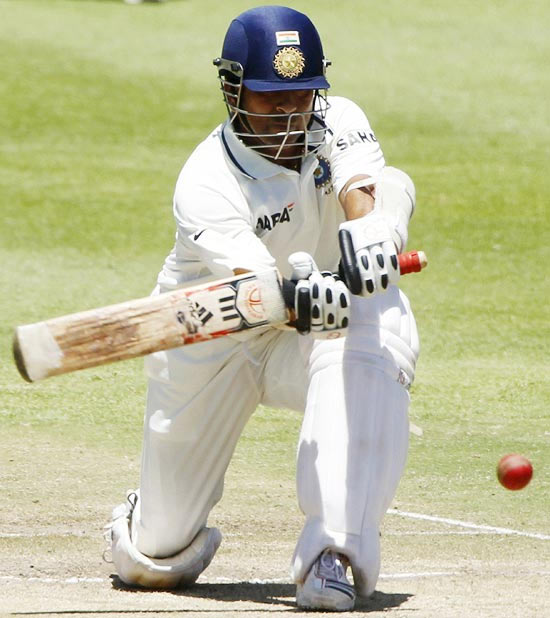 "For me, Sachin's greatest strength really is his temperament, his ability to handle the pressures that have surrounded him.

"He's been the focus of attention since he was a 16-year old kid. And for so many years to be able to handle all of that, and still to be able to perform and not get frustrated by it and not get disillusioned by it, shows an incredible mind."

Speaking about Tendulkar's technique, Dravid said, "One of the things that has always stood out for me for Sachin has been balance. It's that ability to judge length and to be in that right position for nearly every ball. It's very rare that I've seen Sachin struggle for any particular ball. His judgment of length was a marvel."