Kevin Pietersen rules out retirement, determined to win Ashes back 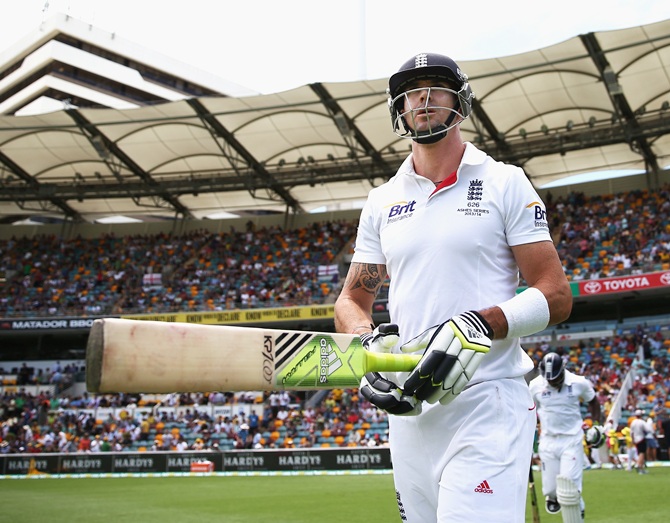 England batsman Kevin Pietersen has ruled out retirement in the wake of the 5-0 Ashes thrashing by Australia and wants to help regain the urn when they host the series in 2015.

-End of an era as humiliated England ponder future

The whitewash has led to calls by pundits for an overhaul of the England team and setup and coach Andy Flower declined to confirm whether Pietersen, England's fourth highest run scorer of all time and second in the lost series, was safe.

The South Africa-born batsman, however, said he had no plans to walk away.

"Very disappointed to lose 5-0, and not to score more runs personally. Tough tour against a top class team," Pietersen, who scored 294 runs at an average of 29.40 during the five Tests, wrote on his Twitter page.

"I want to thank all the England fans for their terrific support. And I'm determined to help regain the Ashes in 2015."

'It does feel like the end of some type of era' 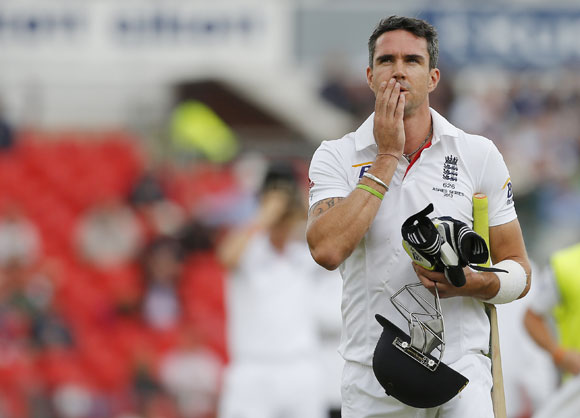 Spinner Graeme Swann announced his retirement after the urn was lost following the third test, while batsman Jonathan Trott quit after the first match because of a stress-related illness which is expected to keep him out for the foreseeable future.

Pietersen was one of several players who came under fire from former cricketers during the humiliating Ashes loss for his failure to dig in for the under-pressure team and shy away from his flamboyant, attacking style.

Flower said everyone in the set-up would be evaluated.

"This was a bad loss for the England cricket team and as part of our review, we'll be looking at playing personnel and support staff and making sure we have the right people in place," Flower told reporters on Monday.

"But this will be a new start, and so it should be. It does feel like the end of some type of era." 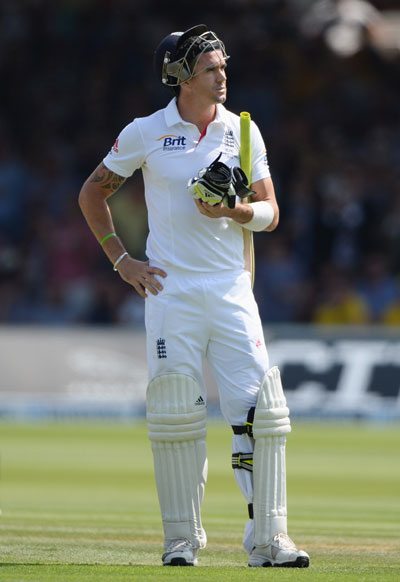 "I have my fingers crossed and hope England do not take the easy way out of this mess by making Kevin Pietersen the victim for the Ashes whitewash," Vaughan, who in 2005 became the first England skipper to win the Ashes since Mike Gatting in 1986-87, wrote in his column for the Daily Telegraph.

"I accept something has to give. Either Kevin is given more responsibility, and I suggested at the weekend that he should be made vice-captain, or he has to go. There is no point keeping him on as a peripheral figure.

"Alastair Cook needs to use Pietersen properly and ask him how he sees his own future, and his view on the style of cricket the team have to play to become No. 1 in the world again.

"I fear England will not do that and decide to get rid of Pietersen. That would be a sad loss for English cricket, the game cannot afford for that to happen. He is too good a player." 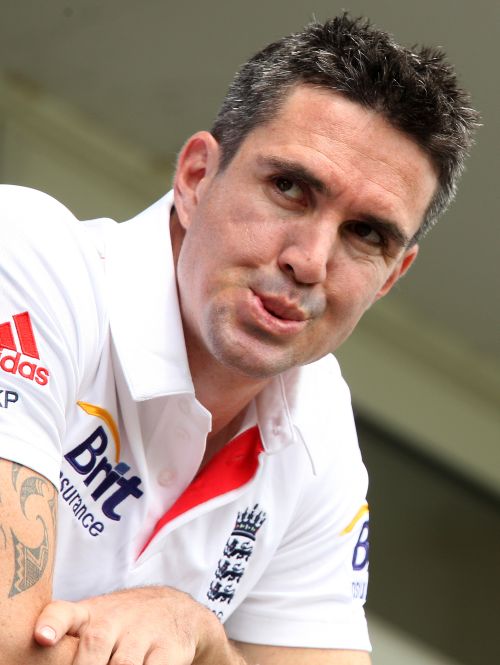 Vaughan felt England could become successful again and that Pietersen was talented enough to retain his place until the next Ashes series.

"It would be a huge loss if this England management cannot get two more years out of Pietersen and let him lead them to playing the brand of cricket we want to see," Vaughan added.

"I guarantee if they give Pietersen responsibility they will win more games, win them quicker and gain new fans.

"At times they will rub the oppositions' noses in the dirt and I like that. Australia have done that to England."