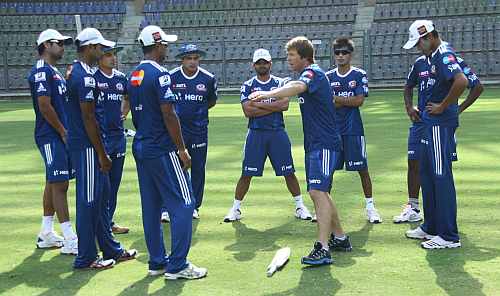 In a tournament like the Indian Premier League, winning the home fixtures is significant to a team's fortunes.

With teams unaware of what kind of wickets to expect in their away games, it is imperative that they pick maximum points from the matches they play on their home ground.

However, when it comes to Mumbai Indians, in the ongoing season, they have been found wanting on home turf on more occasions than one, this despite the unprecedented support they receive from their ever-forgiving fans every match.

It is their inconsistency at home that has cost them dear thus far, not to forget disappointing their fans time and again.

The team is well aware of its follies.

"You would like to do well in your own backyard," admitted Rohit Sharma.

"People have come and supported us a long way, so we want to put up a better show." he added. 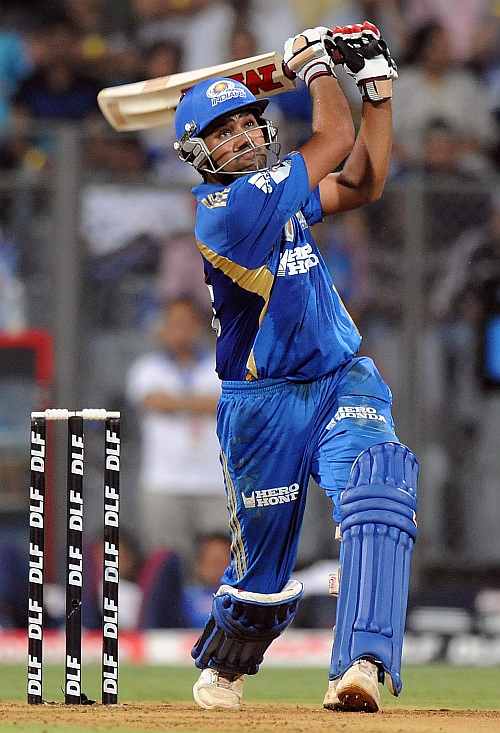 In their first match of the season at the Wankhede, Mumbai suffered a shocking 28-run defeat to neighbours Pune Warriors, failing to chase down a paltry total (129).

A comprehensive win over Rajasthan Royals in their second match at home lifted the spirits to an extent before a thrashing at the hands of Delhi Daredevils in the next match, when they were bowled out for a measly 92, ensured further disappointment.

Another shocking defeat to Kings XI Punjab meant Harbhajan Singh's side had lost three straight home games, something that dropped them to the bottom half of the table.

They did win their fifth match at the Wankhede, against Deccan Chargers. However, the fact remains they made a mess of chasing a small target (101) in the said match.

With two wins from their five home games, Mumbai can't afford being entirely confident ahead of their match against Chennai Super Kings at the Wankhede on Sunday.

'We have not played to our potential' 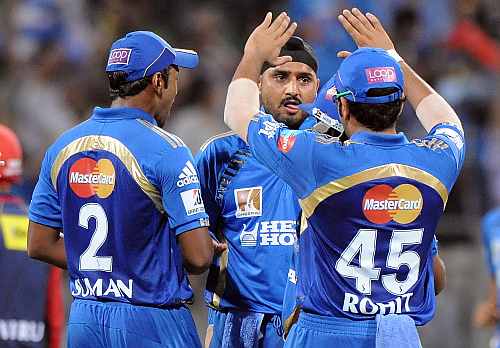 The only thing that might provide the home team succour is Chennai's erratic campaign thus far, one that has seen the defending champions struggle.

"They did not have a great series so far, with ups and downs with their performance as well," pointed out Sharma.

It is imperative here to mention that only a point separates the teams in the table, the visitors having played a game more.

"I see that so far on the table we stand third. I think we have not played to our potential, still we are No. 3," reasoned Sharma, adding, "It's a positive sign for us.

"If all of us win four of their five matches on the road. And that is a confidence booster.

"At the end, what matters is how many games you have won," said Sharma. "As a group we are happy winning the games and that's more than enough," he added.

Need to win consistently at home 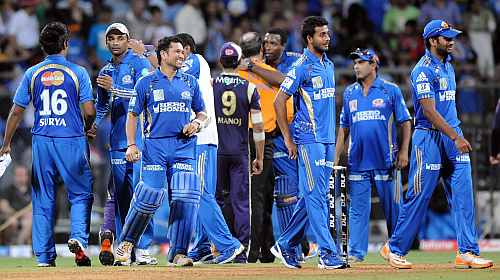 However, the Mumbai Indians' vice-captain admitted that there's considerable room for improvement.

"We have had our ups and downs. It's also true that our middle order has not been firing the way we want to but that is also because Twenty20 is a format where you will see a bit of inconsistency," reasoned Sharma.

"It's the case with most of the teams at the moment. As far as we are concerned, we are just concentrating on what we need to do," he added. The other thing that had him baffled was the Wankhede wicket.

"We don't know how the wicket will play. The last time we played here the wicket was seaming around and bouncing," said Shrama.

"We will wait and watch what kind of a wicket we get here. But we want everyone to be ready, you never know," he added.

One thing one definitely knows is if Mumbai Indians are to go the distance in this tournament, they have to start being consistent at home. Winning the three remaining matches at the Wankhede should be a step in that direction.