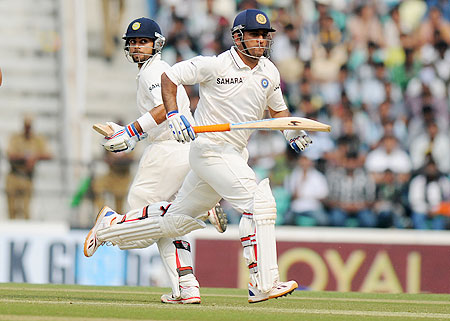 India stumbled late in the third session of play and ended the third day's play at 297 for eight after captain Mahendra Singh Dhoni (99) and Virat Kohli (103) struck patient knocks.

An hour after the drinks break, Graeme Swann made the first breakthrough of the day by trapping Kohli leg before. Anderson then came to the party and dismissed Jadeja (12) in the same manner. Piyush Chawla was the last wicket to fall after Dhoni was run-out for 99.

Earlier, resuming at an overnight score of 87 for 4, Dhoni and Kohli played patiently to keep India in the game.

The pair batted out a lot of maiden overs and added just nine runs from the first nine overs of the day.

Both Indian batsmen played slowly, biding their time and playing carefully on a pitch that was keeping low. 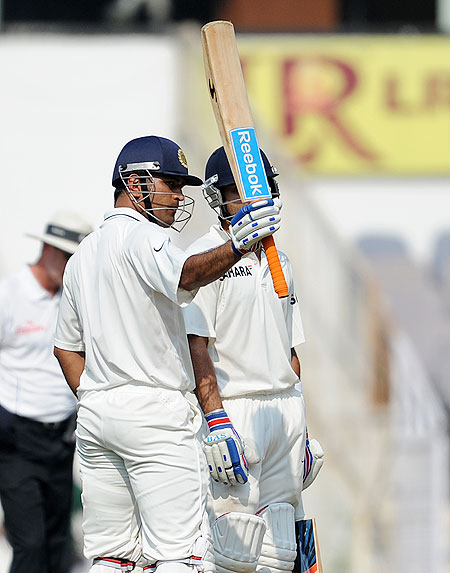 Dhoni and Kohli continued to provide good resistance. They were scoring at snail's pace -- two runs an over, but the Dhoni didn't let slip the bad balls.

In the 58th over, Swann dropped it short and wide as Dhoni rocked back and dispatched the ball through the covers for a four. As their partnership took shape they looked good to see out the whole first session without losing a wicket.

Kohli and Dhoni took India safely through to lunch without any hiccups. The hosts reached 146 for four in 73 overs, having added 59 runs in 32 overs.

Both batsmen did well to curb their natural style of play. But England bowlers looked short of any inspiration the morning session. 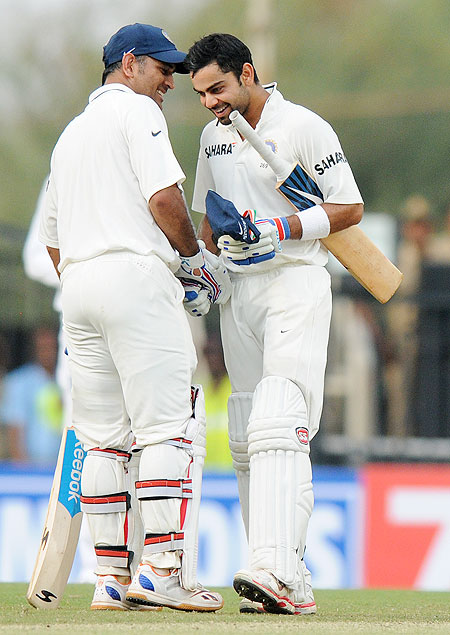 The Indian duo continued in the same vein after lunch. It looked monotonous and boring but it was effective batting. They managed to push the run-rate up to around three runs per over and both completed their half centuries after lunch. They looked good for more and did bat positively as the day progressed.

Just before tea, the duo turned on the heat on Cook's bowlers. Kohli played a delicate late cut against Swann for three runs and two balls later Dhoni smoked it over long-on for a six as India cross the 200-run mark in the 93rd over.

England felt the pressure as Panesar dropped it short and Kohli crashed it through the covers for a boundary.

India had 15 runs in two overs as they raised the tempo.

Kohli and Dhoni went on to play the longest innings of their careers in terms of balls faced.

Kohli completed a magnificent century hitting Swann through covers. He took 289 balls to reach the landmark, making him the man with the most number of centuries in international cricket in 2012.
Tags: Kohli , Dhoni , India , Cook , England 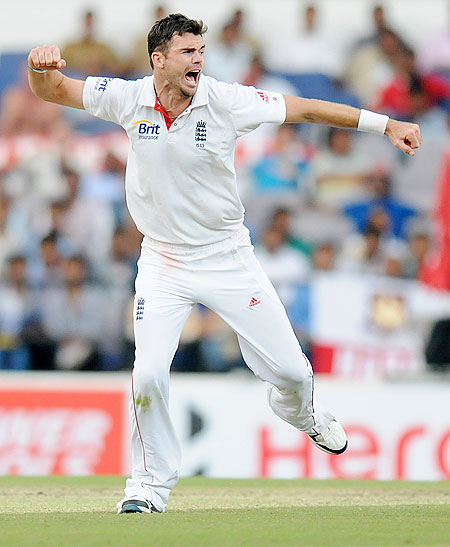 After a lot of perseverance, England finally got the breakthrough they were so desperately searching for. The first ball after the drinks break and Kohli fell leg before wicket. Swann went round the wicket as Kohli planted his foot forward and look to defend but missed and was given out. He added 198 runs for the fifth wicket with Dhoni in 507 deliveries to lead India's fightback.

Jadeja (12) replaced Kohli at the crease and looked positive from the outset. But his 35-ball stay at the crease was cut short after being caught leg before by Anderson. 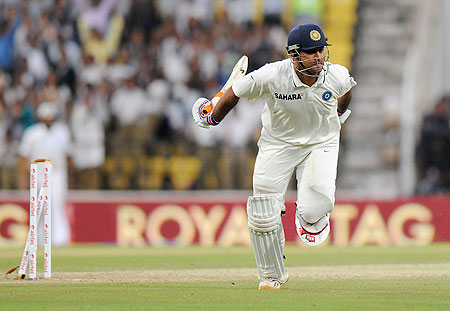 With Dhoni nearing his century, he played very watchfully. He played Anderson for a single to square leg to move to 99 but disaster struck just before close of play.

Captain Mahendra Singh Dhoni was run out for 99 as he tried to steal a quick single to the covers but was found short by a whisker after a wonderful throw by Cook.

England struck in the final over of the day to cripple India further and seize the initiative somewhat.

Chawla was beaten all ends up as Swann got one to spin sharply beating his forward defensive push to bowl him for one.

England took more than 76 overs to get the first wicket of the day but ended the day with three quick wickets, including two in the last two overs of the day to go home satisfied with their effort on the day.
Tags: Mahendra Singh Dhoni , England , Cook , Swann , Chawla
More
Write a
Comment
Print this
article