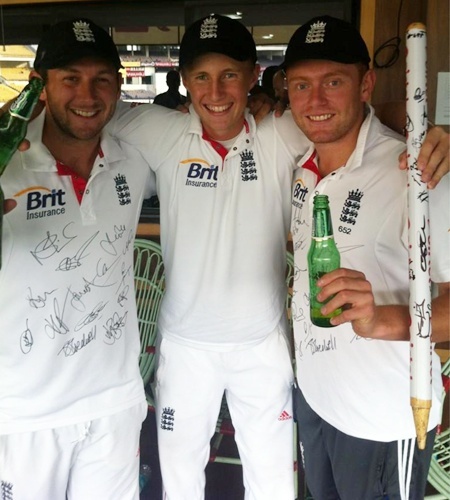 England's cricketers were a jubilant lot after winning their first Test series in India after a long wait of 28 years.

A draw in the fourth and final Test in Nagpur on Monday ensured the tourists won the four-match series 2-1.

They won the second and third Tests comfortably after losing the first in Ahmedabad by nine wickets.

The last time England won a Test series in India was way back in 1984-85, when David Gower's team also triumphed 2-1. Incidentally, then too they lost the first Test.

England's players partied hard in the dressing room at the Vidarbha Cricket Association stadium in Nagpur and some of them posted pictures of the celebrations on Twitter.

Here's a first look at how the English players celebrated: 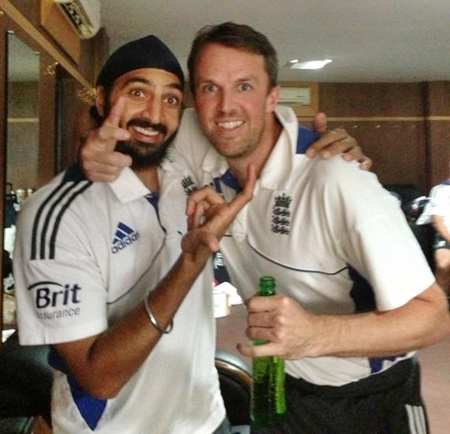 Wicketkeeper Matt Prior got one back on former captain Michael Vaughan, who had predicted a 4-0 whitewash in favour ofIndia following their victory in the first Test.

"Where's that tweet predicting 4-0 win to india @MichaelVaughan? The boys can't seem to find it? #turnsroundquickly," he wrote on Twitter.

"Very proud day! test series win in India...special!!! As I've said before..it's 5pm somewhere in the world! Time to get on it! #winnersp#ss" 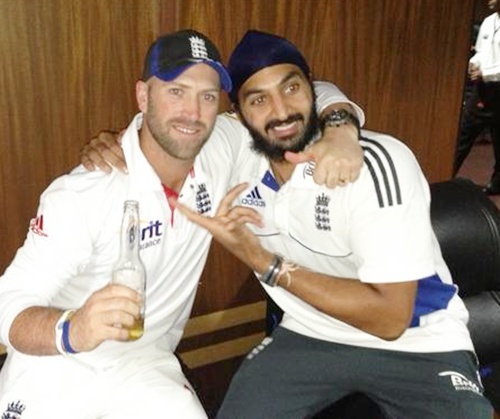 Matt Prior also posted a picture of Kevin Pietersen walking around with a t-shirt bearing the names of all his England team-mates.

"Love this! @kevinpp24 is so reintegrated he's walking around with all our names on his shirt! Ha #lovewinning" he wrote.

Kevin Pietersen also revealed his delighted on the series triumph. 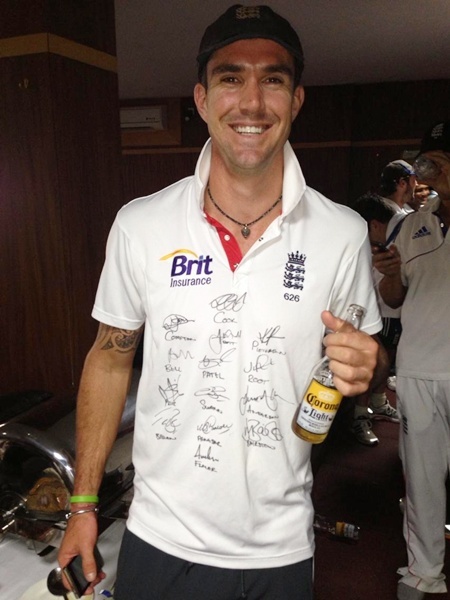 Pacer Tim Bresnan posted a picture of debutant Joe Root, who scored a fifty in his maiden Test innings, along with Jonny Bairstow.

It was also a memorable day for debutant Root, who left many impressed with his gutsy batting.