Sign in  |  Create a Rediffmail account
Rediff.com  » Cricket » With new rules in place, Dhoni looking to keep it simple

With new rules in place, Dhoni looking to keep it simple 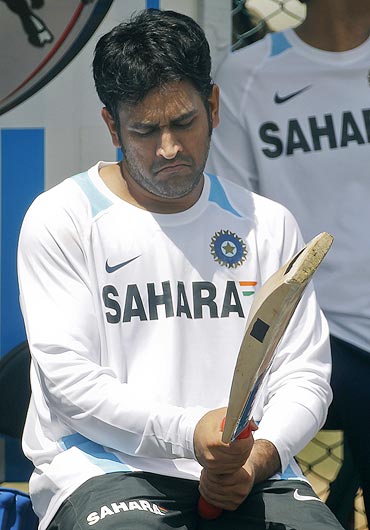 India captain Mahendra Singh Dhoni says the ICC's new rules for ODIs are "tricky", and getting reverse swing could be a problem as two new balls will be in use from both ends.

According to the new rules, two new balls will be used from the two ends while batting, and bowling powerplays need to be taken within the 16th and 40th over.

"It's a bit tricky as we have not yet played any match under this new powerplay. It would certainly need a different approach, as the second and third powerplay will now be taken within the 16th and the 40th over.

"Earlier, while chasing, teams would be happy to keep the batting powerplay for the last five overs. But now we have to make few changes in tactics. It will be giving different results till we get used to it," Dhoni said, on the eve of their opening encounter of the five-match ODI series against England.

The skipper also seemed worried about the fact that there may not be a lot of reverse swing, as both the balls will be only 25 overs old at the most.

"A bit of swing will definitely be there, but there may not be much reverse swing as we expect in the subcontinent. Now the reverse swing also depends a lot on the nature of outfield and how you make the ball, but, of course, legally," he said.

Dhoni stressed that his team should keep it simple in the upcoming ODIs.

"We should keep things simple. During the tour of England, performance of the batsmen was impressive. Here we have a different bowling department and it's an opportunity for them to do well in home conditions. They have played a lot of IPL, but this will be a different ball game."

'Ashwin not afraid to take on challenges' 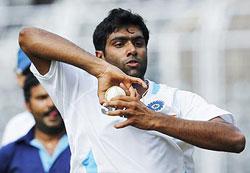 Asked about the pressure on Ravichandran Ashwin to wear the mantle of senior spinner after Harbhajan Singh's exclusion, Dhoni explained, "It's not at all pressure but an opportunity for him. He has been my colleague in CSK (Chennai Super Kings) for four years. He is an exciting character to have and is not afraid to take on challenges. He is not afraid to bowl in first or second powerplays."

'Captain Cool' didn't seem worried about the fact that the team comprises a lot of junior players.

"Obviously, it's difficult when you miss seniors, but it is not at all difficult to manage junior players. Obviously, it's a big opportunity for them and it is important for us to make a winning start," said Dhoni.

When a scribe reminded him about India's horrible run at the Uppal stadium, having lost all the three ODIs at the venue, Dhoni said, with a chuckle, "I didn't remember it until you told me." 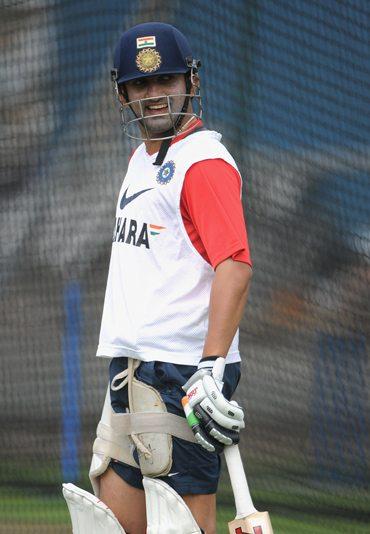 About the track at the Hyderabad stadium, his observation was that it wasn't a typical Uppal strip.

"It's a re-laid track. Doesn't seem like it is as flat as you get the wickets here. That's why we have decided to have a look at the wicket tomorrow and decide on the eleven."

Asked what if the wicket remains a bit damp, he replied, "Then it will be a problem."

He was also non-committal on the opening combination, with senior opener Gautam Gambhir back in the team.

"We have to analyse the situation, as Parthiv (Patel) and Ajinkya (Rahane) have done well in England. Gautam has batted at No 3 at times, but only when both Sachin (Tendulkar) and Viru (Virender Sehwag) have been available. But, again, he has also performed well as opener. So we will have to take a call on that also," he opined. 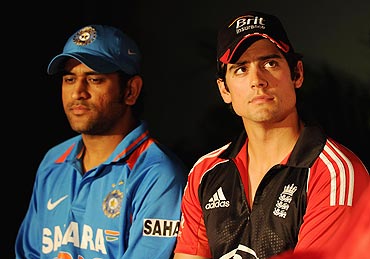 On a different note, asked whether Sreenath Aravind, who will be in the Indian dressing room for the first time after a disastrous Champions League T20, will be low on confidence, the skipper answered, "That's where the team management needs to sit down with him and guide him. He needs to be told about his strengths and weaknesses.

"It is a process. Also, one or two series is not good enough to judge a player. One needs to check the overall improvement he makes in the two series. Our support staff is good and he will definitely get better."

Dhoni dismissed talk of his squad being "underdogs" in the series and the possibility of those who played in the series in England having psychological scars.

"We have had a few youngsters who did well in England. Also, the wickets were very different out there. For us, what matters most is good performance in all three departments," he concluded.