Sign in  |  Create a Rediffmail account
Rediff.com  » Cricket » Can Shami be a long-term solution to India's bowling woes?

Can Shami be a long-term solution to India's bowling woes? 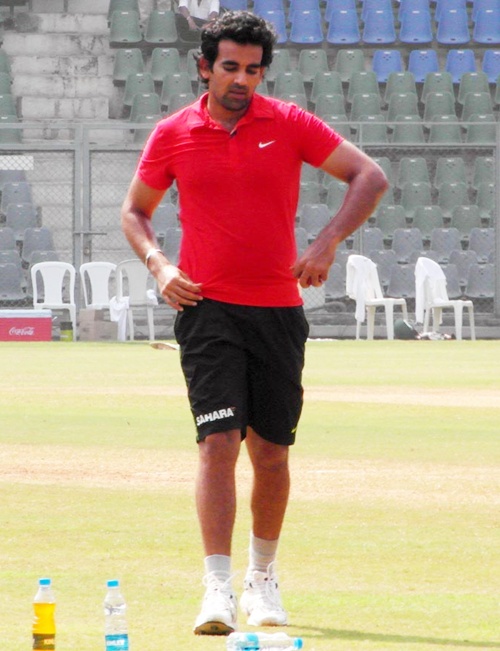 Image: India's longtime No 1 bowler, Zaheer Khan, was forced to cut down on pace because of injuries
Photographs: RCB Bikash Mohapatra

Pacer Mohammed Shami, says Bikash Mohapatra, should be allowed enough time to recover and improve upon his existing skills to ensure great returns for Team India.

These are attributes one associates with quality fast bowlers, those with the ability to lead the attack and provide breakthroughs when needed.

Despite being a major cricketing power for some years now, the inability to produce a quality fast bowler who can deliver in the long run has been the bane of Indian cricket.

There have been pretenders alright, many, in fact, since the turn of the millennium.

Zaheer Khan had both pace and control. Irfan Pathan was quick to start with. Ishant Sharma was impressive early on. And both Varun Aaron and Umesh Yadav had the ability to generate speed.

However, none of them could sustain in the long run. The cases of bowler burn-outs in this country is worse compared to others, simply because it doesnt produce enough replacements, like Australia, South Africa or, for that, matter Pakistan.

Blame it on the choc-a-bloc schedule of the Indian team that led to injuries to these bowlers more often than not, or the docile nature of the wickets in the country that on the one hand lets its batsman plunder runs and, on the other, demands a lot of effort from these seamers, often with little or no reward for their efforts.

So we had Zaheer suffering a series of injuries, being forced to cut down on his pace and rely on reverse swing for better results. 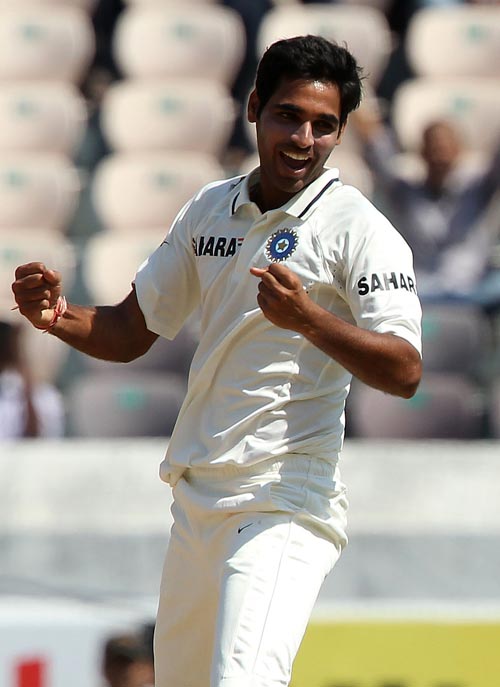 Having impressed early on in his career Irfan was never the same bowler once he returned from injury. To say that he had lost considerable pace in the aftermath would be an understatement.

Ishant, well, suffice to say, he became the talking point in the social media after a fellow-bowler (James Faulkner) took 30 runs in one of his overs in the recent India-Australia ODI series.

A career-threatening injury kept Aaron out of action for about 18 months. And though he is back in business it remains to be seen if he can consistently generate the pace he used to, and remain injury-free henceforth.

Yadav always had pace and the national team has sometimes benefited from it. But what he lacks is control and, at most times, it has cost the team dear.

The lack of genuine pacers has forced Team India to rely more on his traditional strength (spin) or medium pacers, like Bhuvneshwar Kumar and R Vinay Kumar, bowlers who give their wicketkeepers ample confidence to stand up to the stumps.

Accurate Shami got big praise from Dhoni and Sammy 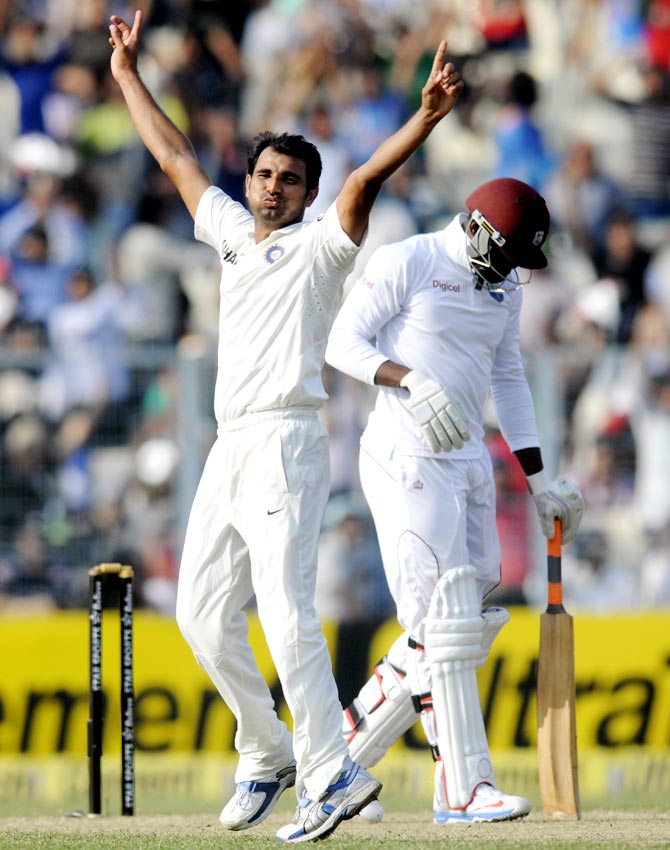 However, there seems to be light at the end of the tunnel, after all.

Team India finally has someone who fulfills all the necessary criteria that can qualify him as a quick bowler, someone on whom the team can rely upon.

Mohammed Shami has a clean action, can generate speed in the 140kph region on a consistent basis, has good seam movement, perfect ball control and the ability to use the reverse swing, a prerequisite on Indian tracks, to his (and the teams) advantage.

Most importantly, having featured in Team India’s colours for about a year now -- he made his international debut against Pakistan in January -- he has thus far remained injury-free.

That he can be an asset to the one-day side was proved in the recent series against Australia, and the 23-year-old justified his Test inclusion with a nine-wicket match haul on debut at Eden Gardens, his effort in the latter ensuring high praise from the captains of both teams.

“Shami was fantastic. He got the right length and that was the reason he got nine wickets,” MS Dhoni was quoted as saying after the match. 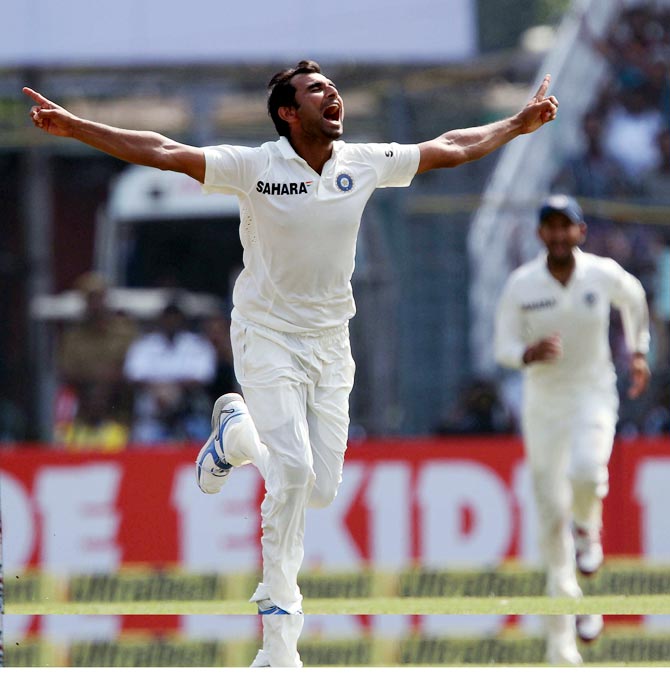 “You need a bit of pace if you want to dominate. Besides, he has very good seam positioning which means he can reverse away from the right-handers too,” continued the Indian captain, adding, “On a wicket that has more bounce he can move the ball both ways.”

His opposite number, Darren Sammy, had an even better compliment for the young bowler.

“The difference between the pacers of the two sides was the length,” explained the West Indies captain.

“He (Shami) was pitching it into the right-hander while our bowlers were bowling too full,” he added.

It is a tendency of Indian fans, and the country’s fourth estate, to go a bit overboard when a cricketer achieves success early on in his career. If he is a fast bowler, the eulogy borders on the excess, simply because the country, in its 80-plus years in international cricket, is yet to produce a bowler who could intimidate the opposition.

If handled with care, Shami can ensure great returns for the team 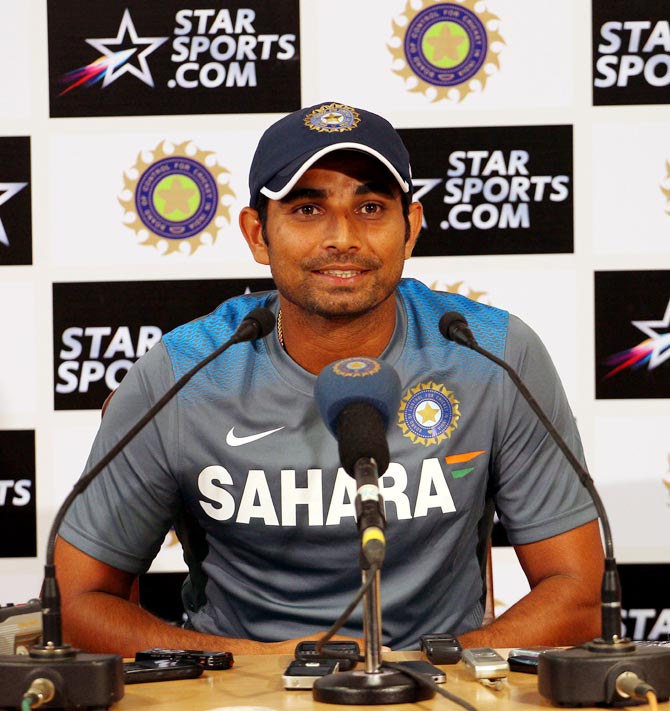 For those who have read the column this far, if they feel it is exactly what has been described above, I’ll admit that they are partly right, and partly not so.

You are partly right, because it is simply impossible to write about Indian cricket without prejudice. You aren’t entirely right because Shami, indeed, seems a better option than the ones before him.

Should the Indian think tank handle him with care, reducing his workload and ensuring he has ample time to recover and improve upon his existing set of skills, this guy can ensure great returns for the team.

For the sake of the billion-plus fans, let’s hope Shami turns out to a long term solution to Team India's bowling woes.