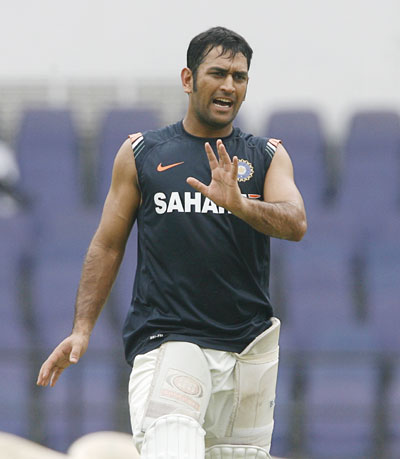 India captain Mahendra Singh Dhoni has cautioned his teammates from taking New Zealand lightly and said the visiting team's pacers would look to exploit the overcast conditions during the second Test match, starting in Bangalore on Friday.

"New Zealand is a good bowling side and will come up with good bowling plan by exploiting the overcast conditions at Chinnaswamy stadium. The first spell will be really crucial for both sides," Dhoni told reporters.

"Indian batsmen have to negotiate their pace and they have to get as many wickets as possible," he added.

Kiwi pacers had managed to pick up wickets even on the Hyderabad track, which did not assist the fast bowlers much.

'I think we should stick to spin' 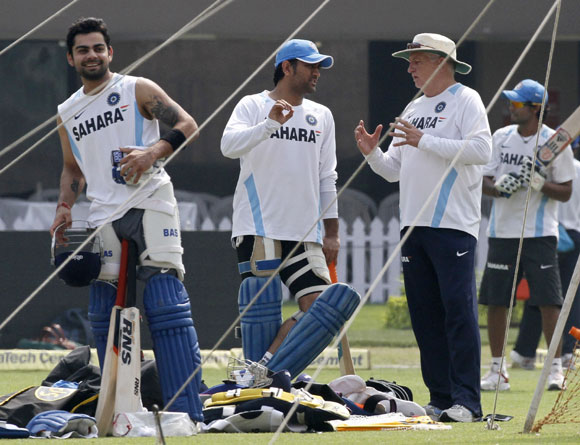 Dhoni informed that he has requested the groundsmen to make a turning track, but said that the batsmen will have to play on whatever pitch is given to them.

"The subcontinental specialty should be spin and I think we should stick to it," he said.

Asked if he expected any change in the wicket that still has a tinge of grass on it, Dhoni said it is up to the groundsmen to do the changes.

"They are still working on it," he said.

'Things are looking good for Pujara' 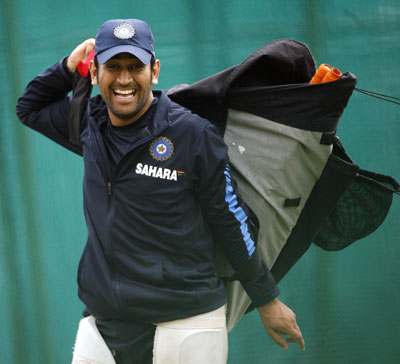 Praising spinners Ravichandran Ashwin and Pragyan Ojha who shared 18 wickets between them in the previous Test, Dhoni said that he would like to get some more assistance from the pitch for his bowlers.

"Ravichandran Ashwin bowled brilliantly and Pragyan Ojha had to keep it tight. I personally felt if we get a bit more spin and bounce for our spinners it will be really good."

Asked if he was experimenting when he decided to send Cheteshwar Pujara one down, Dhoni said the Saurashtrian would bat at number three, while Virat Kohli would retain his spot.

On Pujara's injury, Dhoni said, "The good thing is that he has batted and fielded today in the nets. So things are looking good," he said.

'Sachin is enjoying his cricket and that is important' 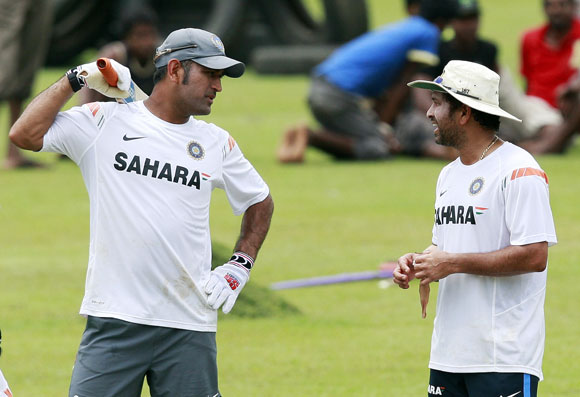 Dhoni also said the team is not keen on experimenting during the Bangalore Test and would field the best combination after having a final look at the wicket on Friday morning, before the start of play.

On whether Sachin Tendulkar was enjoying playing with youngsters, Dhoni said that he was happy, but people jump to conclusions even if the veteran batsman scores a 40 or a 50.

"He is enjoying his cricket, which is very important. When he turns up on the field he wants to improve," he said.

'We will try to stick to our basics' 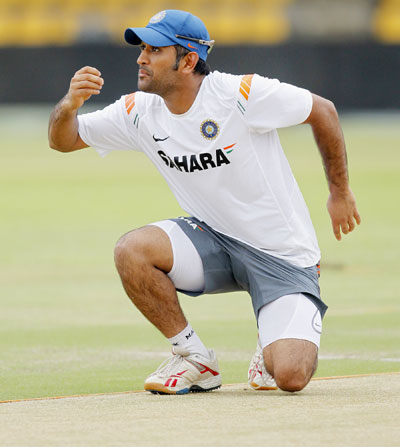 Dhoni revealed that he was thinking of donning a new role in the team of playing along with tailenders to frustrate the opponents.

"If the last three or four batsmen contribute, it is frustrating for the opponents and at the same time you add on to the total," he said.

Dhoni said he was not overconfident after his team's win over the New Zealanders in the first Test.

"Whatever we did right in the first Test we have to repeat it. We will try to stick to our basics, try to keep things simple. We don't complicate things and try to put pressure on the opposition," said Dhoni.

Tags: Dhoni , New Zealanders , ODhoni
More
© Copyright 2022 PTI. All rights reserved. Republication or redistribution of PTI content, including by framing or similar means, is expressly prohibited without the prior written consent.
Write a
Comment
Print this
article