He said the Indian opener's duel with James Pattinson will shape the series.

"Sehwag's confrontation with Pattinson will not only be a highlight of the summer, it could well shape the series. Pattinson has a big advantage over most other opening bowlers who have been challenged by the belligerently brilliant Sehwag -- he is led by a captain who isn't easily intimidated and won't cower behind a containment strategy," Chappell insisted.

'The sight of greenish pitches will have the Indian batsmen reeling' 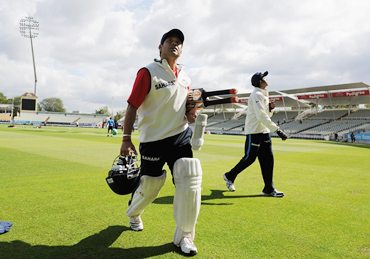 He also felt India's bowling doesn't match up to the Kiwi attack in favourable conditions, adding that the struggling Aussie batsmen can relax if Zaheer is not fully fit as the visitors lack proven swing bowlers barring the left-armer.

"If the local curators continue to leave grass on the pitches, it will suit our emerging pace attack. The sight of greenish pitches will have the Indian batsmen reeling -- and consequently the Australian pace bowlers will have a psychological advantage.

"However, this shouldn't be taken for granted because the Indian line-up is very experienced and talented. An hour of carnage at the hands of the combustible Virender Sehwag and Australia could just as easily be at a disadvantage," Chappell wrote in his column in the Herald Sun.

'If Aussies can keep Sehwag under control they can beat India' 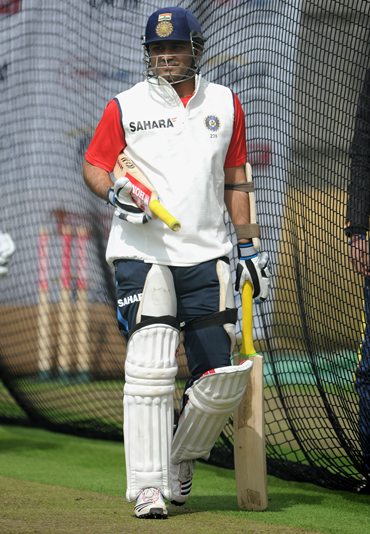 "The SCG is the only ground where India might claim a spin advantage, and the WACA should definitely suit Australia. Both the MCG and Adelaide Oval will encourage the pacemen early. If Aussies can keep Sehwag under control and find the consistency in their batting order to neutralise Zaheer, they will greatly increase their chances of defeating India."

"Of these two big ifs, the latter is the least likely, but then again Australia's batting is predictably unpredictable," said Chappell.

Chappell had words of encouragement for the Australian bowlers but felt the batting lacks consistency.

'Khawaja still not a threat to take charge of the innings' 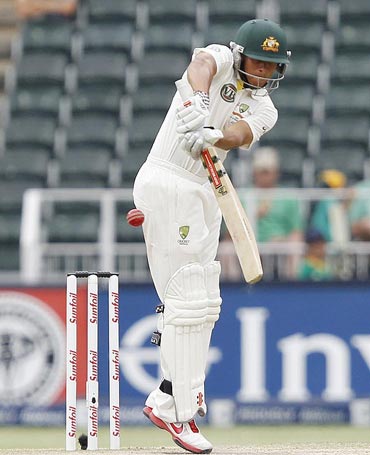 "While the Australian attack has been showing encouraging signs, the batting has been woefully inconsistent. The quickest way to rectify that problem is sort out the top order.

"The first three batsmen set the tone for consistency. Shane Watson's return will help strengthen this aspect. With Ricky Ponting now preparing for a move to a retirement village rather than looking to increase his mortgage, it's time to find a long-term solution at No. 3.

"Usman Khawaja isn't the answer as he's not yet a threat to take charge of an innings. Shaun Marsh could prove suitable, but his injury history is a concern and resorting to a back-to-the-future solution by reinstating Simon Katich isn't the answer," he said.

'Time for Clarke to claim the No. 3 role' 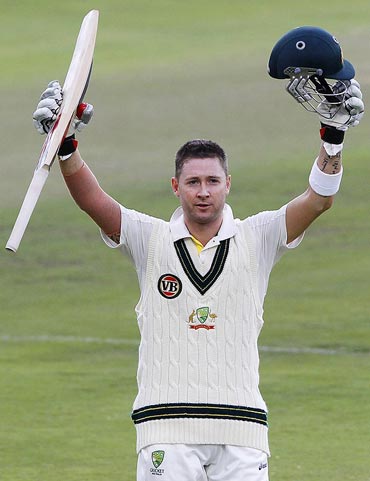 Chappell also believed that the time was ripe for skipper Michael Clarke to promote himself to the No.3 spot.

"It's time for Michael Clarke to shoulder an extra responsibility and claim the No. 3 role. Clarke has the experience, the Test record and the ability to take charge of an innings. He's also in form and has responded well to extra responsibility in his short captaincy career. This move would also enhance his reputation within the team for leading from the front.

"It would leave Australia with a vastly experienced top order, apart from the exciting Warner, and then a younger player could slot in between Ponting at four and Michael Hussey at six. Khawaja could fill that spot -- or the all-rounder Dan Christian could bat at six behind Hussey if more bowling options are needed," he said.
Tags: Michael Clarke , Michael Hussey , Dan Christian , Chappell , Warner
More