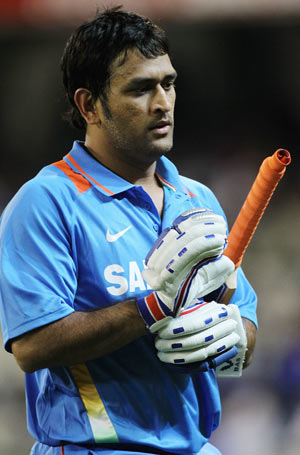 Captain Mahendra Singh Dhoni, on Sunday, pulled up his spinners for bowling too many loose deliveries, which he said was the main reason for India's 65-run thrashing by Australia in the first match of the cricket tri-series in Melbourne.

Australia were 35 for two in 11 overs when rain stopped play but they recovered after the interruption, and Dhoni said lack of discipline among his slow bowlers led to the home side reaching 216 for five in their allotted 32 overs.

Dhoni promises to bounce back in the tournament "We were doing well before rain. Once they (Australia) came back after the rain break, they went after our bowling. Our loose deliveries were too loose. That was the difference," Dhoni said.

Off-spinner Ravichandran Ashwin went for 48 runs from his wicketless five overs, leg-spinner Rahul Sharma bled 44 runs for one wicket from his 6.2 overs while Ravindra Jadeja's 2.4 overs of slow left-arm spin cost 41 runs for no wicket.Dhoni rued the lack of partnership in their run chase but promised to bounce back in the tournament.

'We have the self-belief' 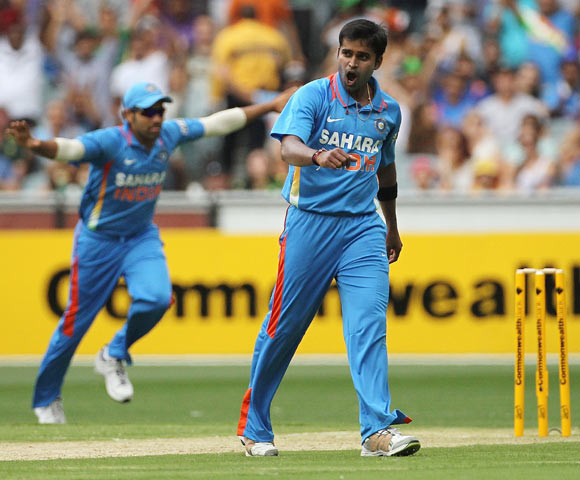 "We did not have any substantial partnerships (in our run chase). If only we could have built the partnership of Virat Kohli and Rohit Sharma. And we did not get off to a good start in the chase. That was a crucial time after the Powerplay overs," he said.

"We have the self-belief. That comes with the youngsters. They are agile and they don't catch up with the moment. It's four matches for each of three teams. We would look to reach the final and then plan for the final," he said.

We executed the plans well: Clarke 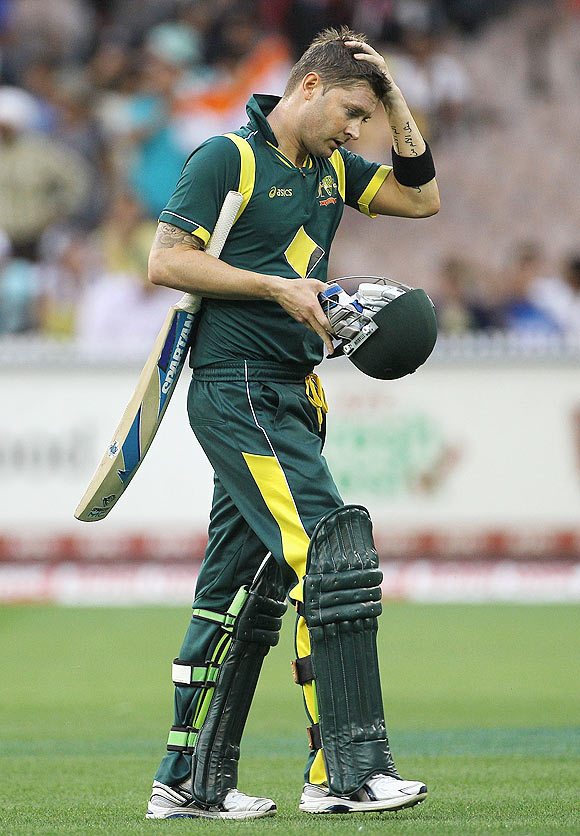 Dhoni's Australian counterpart Michael Clarke was a happy man after his side's winning start to the tournament.

"It's nice to win today, great start, the guys who have been playing the Big Bash were perfectly suited to this game. We executed the plans well. We have so many good players. They have been selected for the first three matches and so they are competing against each other for the remaining matches," he said.

Clarke all praises for Aussie batsmen 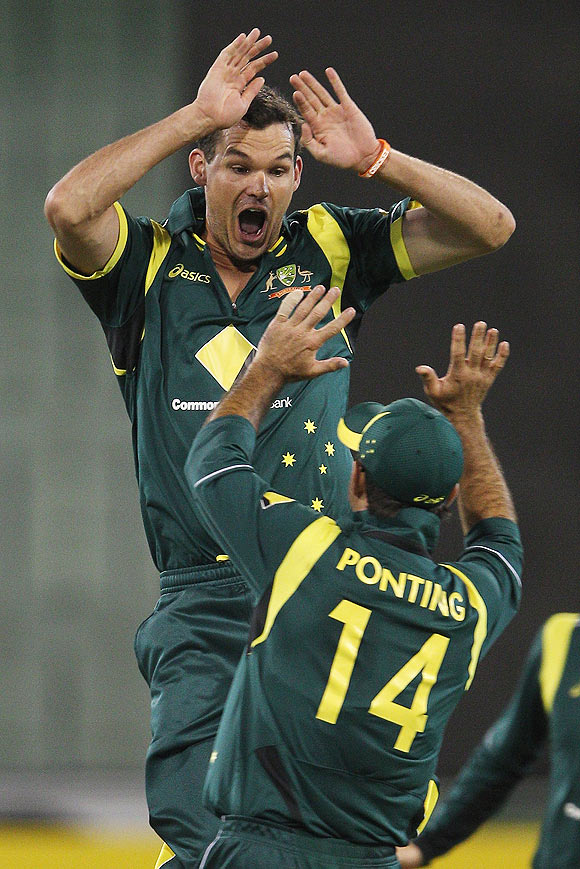 Clarke praised his batsmen for recovering from a difficult position before the rain break to post 216 for five.

"We knew we only had 21 overs after the rain break. Matthew Wade was outstanding on debut. David Hussey continued his form, and Michael Hussey keeps getting runs in all forms of the game," he said.

Asked about Ricky Ponting's impressive show while fielding, Clarke said, "His (Ricky Ponting's) body is about a 32-33 year-old's. He is catching well."

Tags: Michael Hussey , David Hussey , Matthew Wade , Clarke
More
© Copyright 2022 PTI. All rights reserved. Republication or redistribution of PTI content, including by framing or similar means, is expressly prohibited without the prior written consent.
Write a
Comment
Print this
article