Sign in  |  Create a Rediffmail account
Rediff.com  » Cricket » I only look to bowl fast, whether it is T20, ODI or Test cricket: Umesh Yadav

I only look to bowl fast, whether it is T20, ODI or Test cricket: Umesh Yadav 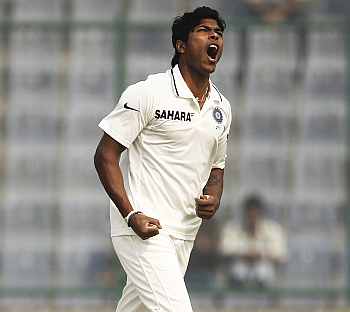 From a young age he loved bowling fast; today that dedication has taken Umesh Yadav places.

Currently the fastest bowler in the country, Yadav carries a lot of hope as India begins a tough tour of Australia later this month.

The 24-year-old pacer came into the reckoning following his exploits in the Indian Premier League, playing for Delhi Daredevils. He then impressed with some good performances in the One-Day International series against England, but passed the real test with a superb showing in the three-match Test series against the West Indies.

The frustration of not getting enough opportunities to make cricket a career could easily have seen the Vidarbha pacer ending up being a police officer once he completed his studies. But he decided to give it a final go when he was called up for the Ranji Trophy camp. Since then, he hasn't looked back.

Yadav, who left for Australia early along with a few senior players, believes that getting there much ahead of the tour will prove to be a big difference and he wants to make it count.

In a freewheeling conversation with Harish Kotian, the speedster speaks about his journey thus far and why he wants to be like Aussie great Glenn McGrath.

You play for a small team, Vidarbha, in domestic cricket. In that sense, how big an achievement is it to make it to the Indian squad?

Vidarbha is not a small team. We have some very good players who are extremely talented, but we always had some bad luck in important matches, because of which we have missed qualification to the Ranji Trophy Elite Group in the last few years. But this season we have played very well and I am sure we will make it to the semi-finals.

As far as my selection is concerned, it does not matter whether you play for a small team or a big team. If you perform consistently, then definitely you make it to the national team, because good performances cannot be ignored for long. So you just need to work hard and keep giving your best. 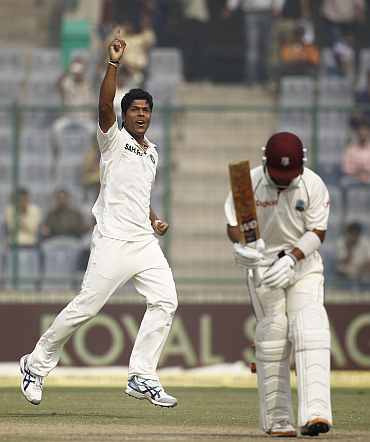 Your father works in a coalmine and you wanted to become a policeman. How did you make the choice of becoming a cricketer?

Normally, any young boy from a middle class family, once he completes his education and reaches a certain age, his only objective is to get a good job. From where I come from, there were no facilities and I began to feel that I would not make it big because I was not getting enough chances.

I had even applied to join the police force, but even then I was playing actively. Then, after a few days, I got a call that I was selected to play at the district level. Then I was selected for the Ranji Trophy camp. One thing led to another and my life completely changed after that.

I had to work hard for everything that I achieved, so right now I am feeling very good that I made it here.

So you made a late decision to take up cricket professionally. Isn't it?

Yes, I used to play cricket since I was a child, but I took it up professionally late, when I was around 19 or 20. I played a lot of tennis ball cricket before that, but the real cricket, by which I mean playing with the leather ball, came later in my life.

You have always been a fast bowler right from your young days?

'Viru paaji has supported me a lot during my initial days' 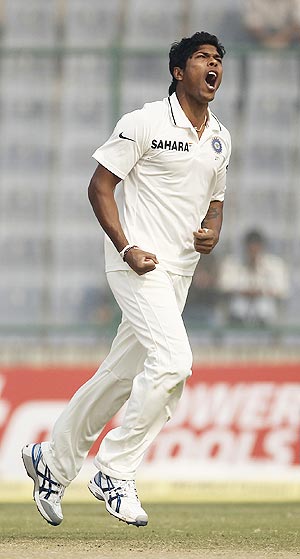 You made an impact in the IPL last year when playing for Delhi Daredevils. How much credit would do you give Virender Sehwag for playing a role in your career. Wasn't he the one who spread the word about your bowling prowess?

Viru paaji was the captain of Delhi Daredevils when I first played there. He supported me a lot during my initial days and made sure that I felt comfortable. He never suggested that I should bowl in a particular way or curb my aggression; he just left it to us bowlers to bowl the way we wanted, and with the field placements we wanted. So there was no pressure from his side with regard to our bowling. That is why I loved playing under his captaincy and I want to thank him for all the support he has given.

What sort of a role has new coach Duncan Fletcher played in helping you make such a good start in Test series against the West Indies?

If your coach, the support staff and the senior players support you, then your confidence level will definitely be high. Coach Fletcher has always motivated a lot, so it has definitely helped me. I made a good start to international cricket and that is all because of their support and encouragement.

'I feel very lucky to be playing in the same era as Sachin, VVS and Dravid' 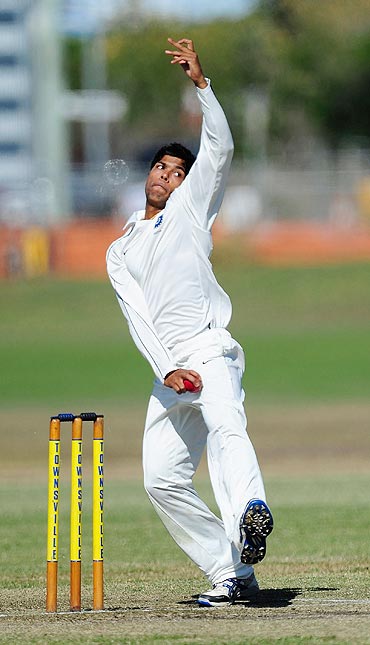 You are going to Australia early with experienced players like Sachin Tendulkar, VVS Laxman and Rahul Dravid. How much help with that be for you, personally, in finding the right mix ahead of the Test series?

Yes, it is a big help going to Australia early, because, then, we are getting a lot of time to practice in Australian conditions. It is always important to get acclimatised and adjust to the conditions early in foreign countries, because that helps you to perform at your best.

And talking about playing along side legends like Tendulkar, Laxman, Dravid and Sehwag, I feel very lucky to be playing in the same era as them. I feel good sharing a dressing room with such big players; it is interesting to share their experiences. We get to learn a lot by merely looking at them, watching their practice sessions and the way they prepare for matches.

I remember that Laxman paaji gave me my Test cap ahead of my debut. And in the practice session, when I was bowling, I remember Sachin paaji watching me closely. He then came up to me and said that I only need to focus on bowling, because taking wickets is not in my hands. He told me to stick to a good line and length and I will definitely take wickets.

'I am hoping to bowl with the same consistency as McGrath' You were quoted as saying that you want to bowl on a tight line and length, like Glenn McGrath...

Yes, Glenn McGrath is my role model. I really used to enjoy watching him bowl. I love his bowling, his attitude, because even if the batsman is attacking him, he will still stick to a good line and length. So, mentally, he was very strong. That is why he was such a tough bowler to deal with. Even if I cannot be like him, I am hoping that at least I can bowl with the same consistency as McGrath.

You have some experience of bowling in Australian conditions having played in the Emerging Players' tournament in Australia earlier this year. What lessons did you learn after bowling in those conditions?

I have played in Australia before in the Emerging Players' tournament, so, definitely, that experience will help and I won't have much problems adjusting to the conditions. The Emerging tournament was a very good experience, I learnt so much from that trip and I would like to use some of that in this Australian tour.

'Whatever ball you play with, you still got to work hard and deliver' 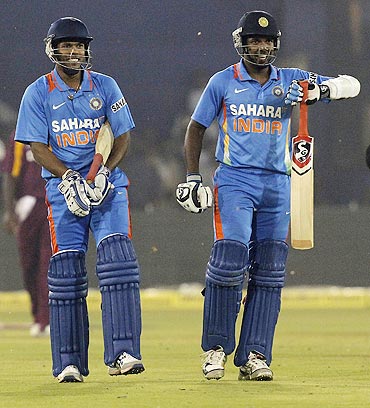 Have you ever bowled with the Kookaburra ball that is used in Australia? How different is it from the SG ball?

The Kookaburra ball and the SG ball are very different. The Kookaburra ball stops swinging once it gets old, which is not the case with the SG ball. But whether it swings or not, we fast bowlers have a job to do, and that is to bowl to a good line and length and force the batsmen into making mistakes. Whatever ball you play with, you still got to work hard and deliver; so nothing changes on that front.

You came into the reckoning in Test cricket because of your good performances in Twenty20 cricket and ODIs. Personally, which is your favourite format?

We have seen a lot of fast bowlers in the last few years cutting down on their pace after getting injured. Do you sometimes feel that you should also cut down on your pace to avoid injuries?