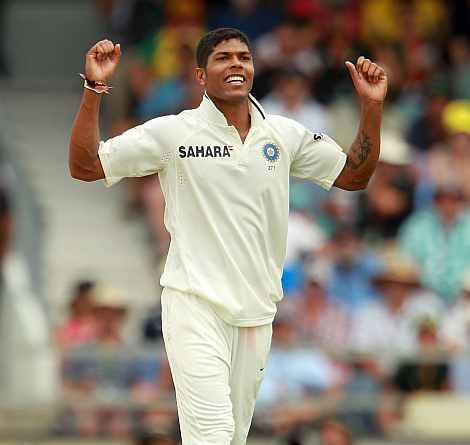 Young Indian pacer Umesh Yadav, who took five wickets in an exceptional spell of sustained hostile bowling at the WACA, conceded that the batting failure was not helping the visiting team's cause in the third Test against Australia in Perth.

"The batsmen are not able to make runs. Put it to bad luck or anything. Each and every batsman is trying very hard but unfortunately, it's not happening," said Yadav who took his maiden five wicket haul in Australia's first innings.

Two moments of Yadav (5/93) stood out —- first when he claimed the prized scalp of Ricky Ponting and second, the catch he took in the outfield to dismiss David Warner for 180.

"Ponting or Clarke, every wicket is important to me. But I was a bit nervous taking that catch against Warner as he was batting on 180. I was thinking what would happen to the team if I was to spill that chance," Yadav said at the post-match press conference after second day's play.

'It's a learning curve for me' 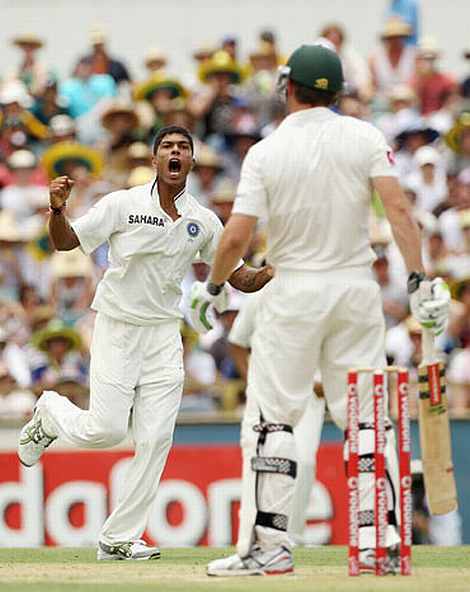 The Indians, including Yadav, were taken to cleaners by rampant Warner and Co. on the first evening but they roared back. Yadav did not think they bowled any differently on Day 2 than they had done on Day 1.

"There is no change in the wicket. Warner is a strokeplayer, he was able to hit and we were having a problem yesterday. We were not able to coordinate. But we started well today and I'm happy now," said Yadav.

"I have been practicing to bowl fuller length. Sometimes you are able to do it and sometimes you can't. But it's a learning curve for me," he said. 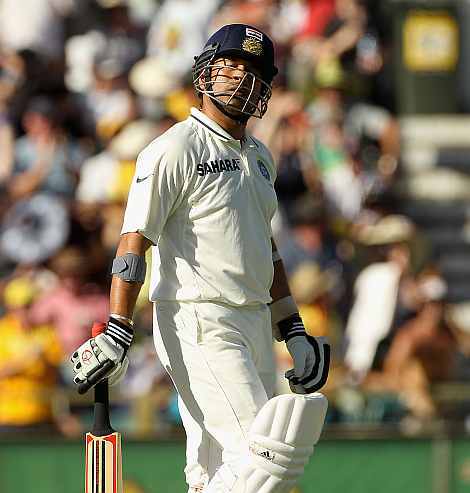 Asked about the feeling of Sachin Tendulkar on being given out in a debatable LBW decision, Yadav said, "Sachin was disappointed but after umpire gives you out, you are out. You can't do anything about it. He was unhappy of course.

"As for Laxman, I was sitting outside when he was out and he went inside (the dressing room)."

Indian strike bowler Zaheer Khan and Australian wicketkeeper Brad Haddin had a bit of sparring leading up to the Test but Yadav said nothing untoward happened in the middle.

"Once a batsman is out, he's out. Nobody said anything. Everything (between them) happened leading up to the Test," he said.

'There's enough to learn from Siddle' 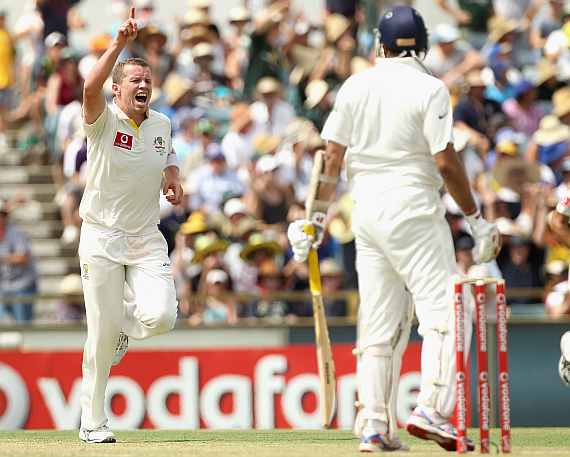 Yadav expressed his admiration for Australian fast bowler Peter Siddle who has stuck to his line and length all through the series.

"Siddle is bowling different. He's bowling in one area only and causing difficulty to our batsmen. There's enough to learn from him," said Yadav.

India were heading for a big defeat in the third Test inside three days and Yadav admitted it hurts especially if one has taken a five-wicket haul. "Of course it hurts. If you lose after a five-wicket haul, it would hurt for sure."

Tags: Peter Siddle , WACA , India
More
© Copyright 2022 PTI. All rights reserved. Republication or redistribution of PTI content, including by framing or similar means, is expressly prohibited without the prior written consent.
Write a
Comment
Print this
article
ALSO
READ