Middle-order batsman Yuvraj Singh returned to the top tier of BCCI's contracted cricketers, while Ishant Sharma and Virat Kohli were promoted to Grade A in the new list, announced on Saturday.

The BCCI also increased the number of contracted players from the previous year's 24 to 36, with the addition of 11 new players in Grade C.

Yuvraj, who was named in the Indian squad for the first Test against the West Indies after recovering from injury, returned to the top tier after a year. He was demoted to Grade B last year.

Despite a listless show on India's full tour of England this summer, which led to his axing from the home ODI series against England and the first Test squad against the West Indies, off-spinner Harbhajan Singh retained his place in Grade A.

Young batsman Suresh Raina, who was dropped from the first Test squad against the West Indies, was also retained in the top tier.

Ishant Sharma was rewarded for his decent show on the England tour while Kohli also got the nod for his impressive show in the ODI series in England and at home though he flopped in the Test series in the West Indies.

Pacer Praveen Kumar and Pragyan Ojha retained their places in the five-player Grade B category while Ravichandran Ashwin, Rohit Sharma and Ravindra Jadeja were promoted from Grade C.

There was no change in the number of players in Grade B, but Murali Vijay was pushed down to Group C and paceman Ashish Nehra not included among the contracted players. 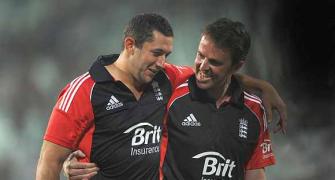 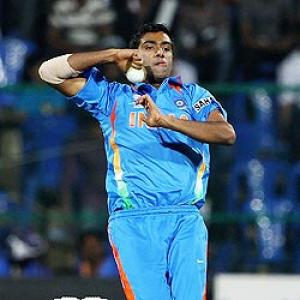