India off to rousing start in women's World Cup

India rode on opener Thirush Kamini Murugesan's maiden century to thrash the West Indies by 105 runs in their opening Group A match of the ICC Women's World Cup in Mumbai on Thursday.

Kamini scored 100 off 146 balls to become the first Indian woman to notch a century in the 50-over World Cup, as the hosts piled a commendable 284 for six after being sent in to bat.

Defending the total, Nagarajan Niranjana (3-52), Jhulan Goswami (2-13) and left-arm spinner Gouher Sultana (2-38) starred with the ball as India bundled out the Caribbean side for 179 runs with 5.3 overs to spare.

The West Indies’ run chase never really got off as they lost wickets at regular intervals. 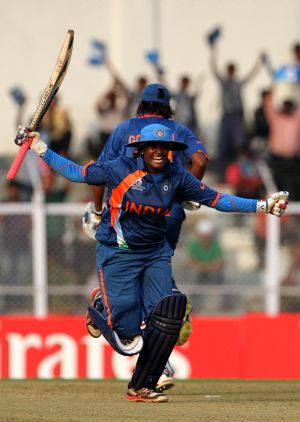 Opener Kycia Knight, one of the twin sisters in the team, was dismissed to the second ball of the innings, run-out by a direct hit from Harmanpreet Kaur.

The other opener Stafanie Taylor was out to the first ball of the sixth over after she edged one to wicketkeeper Karuna Jain off Amita Sharma's bowling.

Niranjana then castled the timbers of Shemaine Campbelle with an in swinger to reduce the West Indies to 38 for 3.

Deandra Dottin then took the attack to the opposition with a 16-ball 39-run blitzkrieg that was studded with four sixes and three fours.

The 21-year old West Indian clobbered Niranjana for two sixes and a four in the 19th over before the pacer took her revenge by trapping Dottin plumb in front of the wicket in the same over.

Kyshona Knight (11) was then bowled by Sultana in the next over as the West Indies lost half of the side with just 84 runs on the board.

West Indies skipper Merissa Aguilleira shared a 49-run stand for the sixth wicket with Shanel Daley before she was caught at covers by Indian skipper Mithali Raj off Nilanjana.

From there on, victory was just a formality for India and Goswami ensured a quick end to the match by picking two wickets in the later stages of West Indies' innings.

Earlier, Kamini etched her name record books and together with Poonam Raut (72) in a 175-run stand for the opening wicket to lay the foundation for India's total.

The previous best by an Indian woman in a World Cup was by skipper Mithali Raj, who scored 91 against the Netherlands in the 2005 edition.

This was the highest team total posted by India, surpassing their previous highest of 275 against the Netherlands in the 2000 World Cup in New Zealand.

Left-hander Kamini, who made a comeback into the side, scored 100 off 146 balls before being run-out.

Put in to bat, Kamini and Poonam Raut (72) made best use of the flat track at Brabourne stadium in a 175 runs opening stand.

She was finally out leg before, trying a sweep shot off spinner Shanel Daley.

India accelerated in the Powerplay, scoring 45 runs off those five overs.

Former Indian skipper Jhulan Goswami, who was promoted as a pinch-hitter, scored a quickfire 36 off 21 balls.

India lost wickets towards the end in a bid to step up the ante.

For the visitors, seamer Deandra Dottin picked three wickets in four overs while giving away 32 runs, and Daley claimed one. 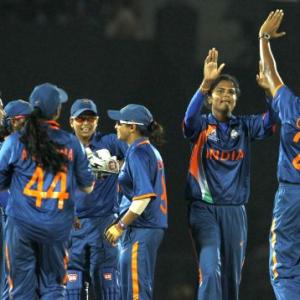 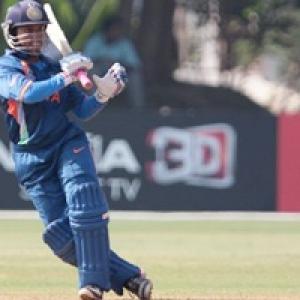