Statistical highlights of the first day's play of the 3rd cricket Test between India and the West Indies played at the Wankhede Stadium on Tuesday.

# Bravo's record against India is superb, aggregating 452 runs at an average of 45.20 in six Tests, including one hundred and three fifties. 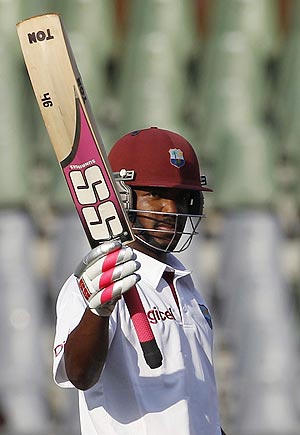 # Adrian Barath (62) has registered his fourth Test fifty -- his third against India.

# Kraigg Brathwaite (68) has recorded his career-best innings in Tests, eclipsing the 63 against India at Delhi in the first Test of the current series.

# Brathwaite has recorded three fifties in Tests -- two against India and one against Bangladesh.

# In West Indies' innings, the first four batsmen have recorded fifties -- the third time such a feat has been recorded by WI -- Barath 62, Brathwaite 68, Edwards 65 not out and DM Bravo 57 not out -- the first two instances were against India at Brabourne Stadium, Mumbai in 1948-49 and against England at Leeds in 1976.

# Kirk Edwards has posted his third fifty in Tests -- his second against India. He averages 61.88 in Tests -- 557 in six Tests including two centuries and three fifties.

# Edwards took his run-aggregate against India to 305 at an average of 50.83 in four Tests, including one century and two fifties.

# Barath and Brathwaite were involved in a partnership of 137 for the first wicket -- their first of 100 or more for the opening wicket at Wankhede Stadium.

# Their opening stand is the eighth highest for the first wicket for West Indies against India and the highest opening partnership for the  West Indies for more than five years.

Chris Gayle and Daren Ganga had put on 162 for the first wicket against Pakistan at Multan in November 2006.

# The unbroken stand 117 between Bravo and Edwards is West Indies' highest against India for the third wicket at Wankhede Stadium, Mumbai. 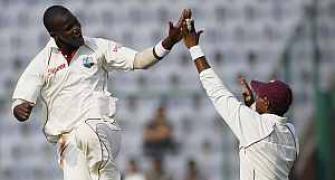 'When we competed we've shown we are on par with India' 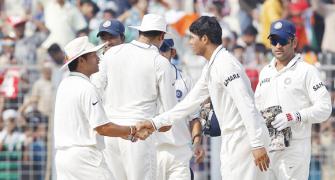 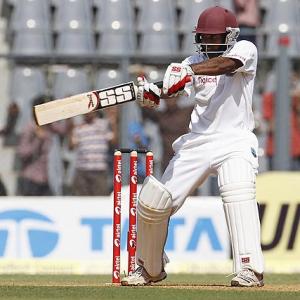 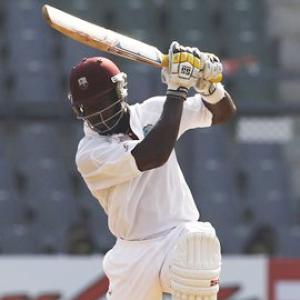