Mishra fined for dissent towards umpire

India's leg-spinner Amit Mishra was fined 10 per cent of his match fee on Tuesday for showing dissent to the umpire after being given out in the ongoing first cricket Test against the West Indies in Kingston.

"Amit Mishra has been fined 10 per cent of his match fee for a Level 1 breach of the ICC Code of Conduct during his team's first Test against the West Indies in Jamaica," the ICC said.

"Mishra was found to have breached Article 2.1.3 of the code which relates to showing dissent at an umpire's decision by action or verbal abuse."

After play concluded on Day 2, Mishra accepted the sanction offered to him by match referee Jeff Crowe.

"On being given out caught behind the wicket (in the first innings), Amit stood his ground for a lengthy period of time and while doing so gestured to his arm guard until finally he left the crease," said Crowe.

"Batsmen are taking too long to leave the crease after being given out. Whether it is just disappointment, it's still disrespectful and, as the code clearly states, unacceptable."

The charge was brought by on-field umpires Ian Gould and Daryl Harper as well as third umpire Norman Malcolm.

At stumps on Day 2, India had scored 91 for three in their second innings.

The ever-reliable Rahul Dravid was unbeaten on a patient 45, and giving him company was debutant Virat Kohli, on 14.

The duo put together 34 runs in an unbroken fourth-wicket stand.

Earlier in the day, the West Indies were bowled out for just 173 in their first innings, giving the visitors a healthy 73 runs lead.

India go into the third day with a psychological advantage, and an overall lead of 164, with seven second innings wickets remaining. 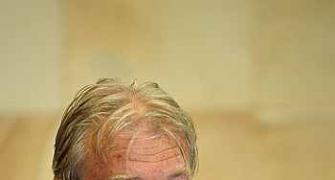 CA, BCCI accused of collusion in 2008 Sydney Test
Stats: Virat Kohli completes 2,000 runs in ODIs
Who are the <i>paisa vasool </i> players in IPL-4? 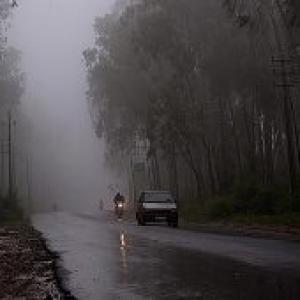