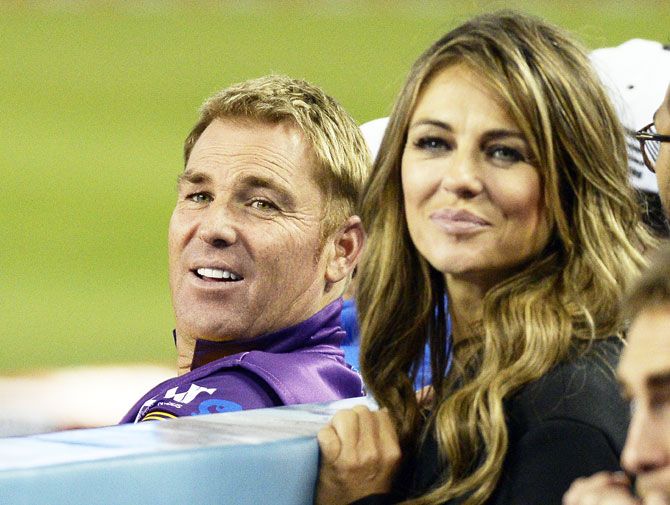 IMAGE: Actress Elizabeth Hurley (right) poses with Shane Warne the during the final game of the three-match, three-city US tour in the Cricket All-Stars Twenty20 series between Warne's Warriors and Sachin's Blasters at Dodger Stadium in Los Angeles, on Saturday. Photograph: Kevork Djansezian/Getty Images

It was 'couple reunion time' as Liz Hurley went to meet her ex-fiance Shane Warne play in the Cricket All-Star Series in Los Angeles.

The 46-year-old Aussie bowler was seen hugging the 50-year-old actress in Dodger stadium, Los Angeles, on Saturday after his team, Warne’s Warriors, defeated Sachin Tendulkar’s Blasters in the third and final match to win the series 3-0.

The pair first got together five years ago and was engaged, but split up in 2013. 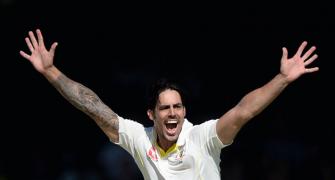 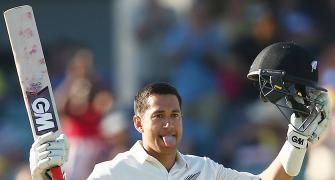 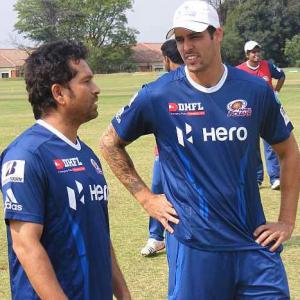