As his team-mates wished him in Perth, he must have surely asked for victory in the third Test, starting at Perth on Friday, as a birthday gift.

India trail Australia 0-2 in the four-match series, following defeats at Melbourne and Sydney. 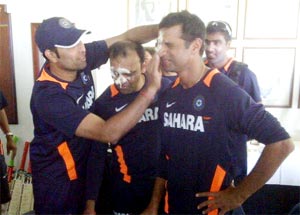 Born in Indore on January 11, 1973, the veteran right-hander has played 162 Tests and 344 One-Day Internationals for India.

He is only the second batsman after Sachin Tendulkar to score more than 13,000 runs in Test cricket, while he ended his ODI career with an impressive tally of 10,889 runs from 344 matches.

Dravid, who led India from 2005 to 2007, also holds the world record for most catches in Test cricket, having pouched 210 already.

You too can wish 'The Wall on his birthday. 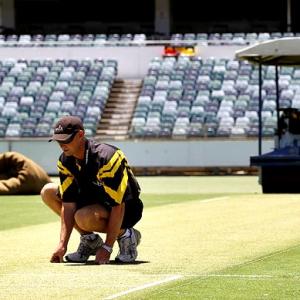 Team India back in the nets at 'green' WACA

India will look to attack as Perth pace looms