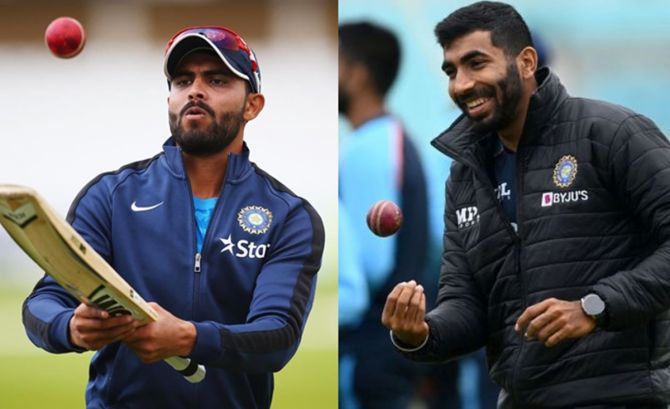 Former India coach Ravi Shastri feels the absence of Jasprit Bumrah and Ravindra Jadeja at the T20 World Cup will affect the team but it also opens up an opportunity to ‘unearth a new champion’.

Both Bumrah and Jadeja will miss the showpiece event Down Under later this month owing to injuries.

While Jadeja was ruled out due to a knee injury, a back injury has put Bumrah out of contention for the World Cup, dealing a major blow to India's chances at the marquee event.

"Bumrah not being there, Jadeja not being there - it hampers the side - but it's an opportunity to unearth a new champion," Shastri said at the launch of Coaching Beyond, his new initiative with B Arun and R Sridhar.

"(Bumrah's injury) is unfortunate. There's so much cricket being played, and people get injured. He is injured, but it's an opportunity for somebody else. There is nothing you can do with injury," he added.

While a replacement for Bumrah has not been named yet, head coach Rahul Dravid has indicated Mohammad Shami could replace his teammate if he gains full fitness after recovering from COVID-19.

Shami, who is on the stand-by list for the ICC event alongside Deepak Chahar, hasn't played competitive cricket since July and was forced to miss the six home games against Australia and South Africa after contracting COVID-19.

But Shastri feels the veteran pacers success and experience in Australia will benefit India.

"Precisely, his experience (in Australian conditions is his strength). India have been there a lot in the last six years and he has been an integral part of all those tours. So that experience (of having done well in Australia) counts."

The 60-year-old feels despite the injuries, the Indian team has enough depth to go deep into the tournament Down Under.

"I think we have got enough strength and we have a good team. If you make it to the semi-finals, it could be anyone's tournament.

"So, the endeavour would be to start well, get to the semis, and then you have got enough strength to probably win the (World) Cup."