Statistical highlights from day one of the fourth Test between India and England in Mumbai on Thursday. 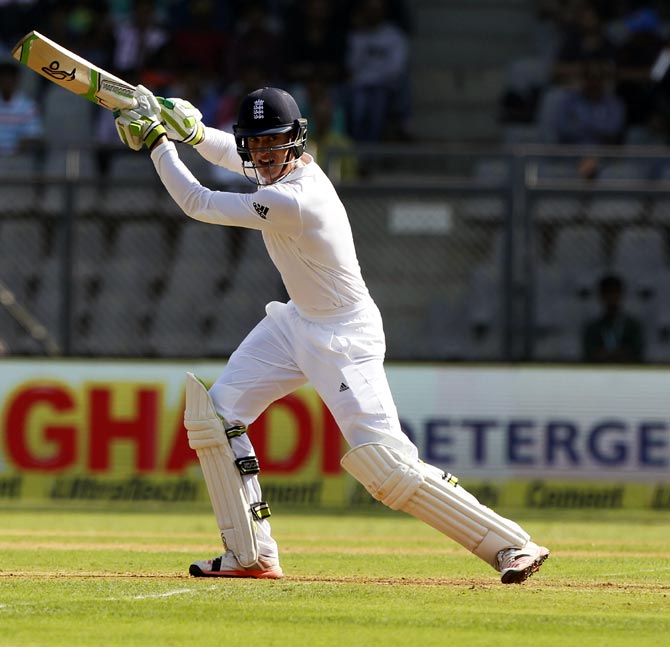 # Keaton Jennings became the third England batsman after Bryan Valentine and Alastair Cook and the eighth overall to register a hundred on Test debut in India.

# Jennings is the eighth England opener to post a hundred on Test debut.

# Overall, 19 England players have recorded centuries on Test debut. Jonathan Trott was the last England batsman to post a century on Test debut - 119 vs Australia at The Oval in 2009.

# Jennings' 112 is the highest by a visiting opener on Test debut vs India in India, surpassing the 107 by Gordon Greenidge at Bangalore in November 1974.

# Having scored 2117 runs at an average of 39.20 in 30 Tests vs Australia, Cook became the fourth England batsman to amass 2,000 runs or more against two opponents in Tests, joining Wally Hammond, Geoff Boycott and Graham Gooch.

# Moeen Ali (50) has registered his ninth fifty in Tests - his first vs India.

# Moeen's score is his second highest against India next only to the 117 at Rajkot in Novembeer 2016. 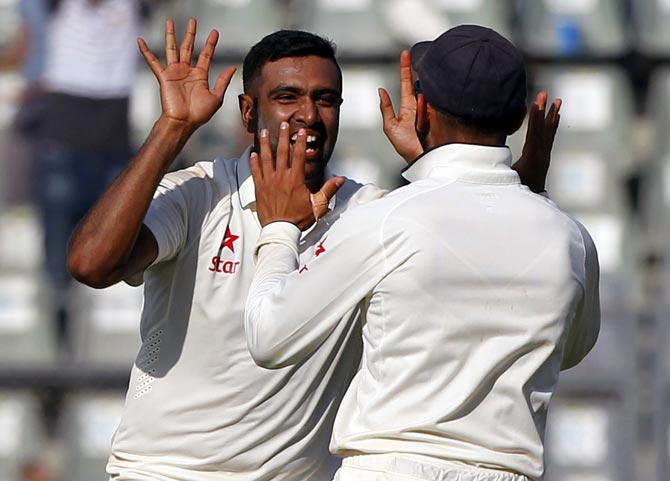 # Ravichandran Ashwin has taken his tally to 63 at 22.57 runs apiece in eleven Tests this year - his highest wicket aggregate in a calendar year, eclipsing the 62 at an average of 17.20 in nine Tests in 2015.

# Ashwin enjoys an impressive record in Tests at Wankhede Stadium, Mumbai - his tally being 22 (ave 25.72) in four Tests.  Only at Ferozshah Kotla, Delhi, he has taken more wickets in Tests - 23 at 14.21 runs apiece in three Tests.

# In 21 successive Tests under his captaincy, Virat Kohli has not played the same playing XI. Besides him, Ajinkya Rahane has appeared in most Tests (20). 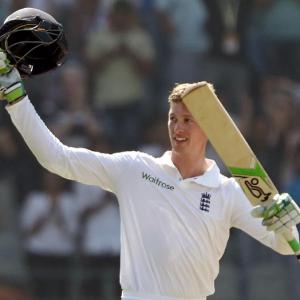 PHOTOS: Jennings steals the show on Day 1 with debut ton 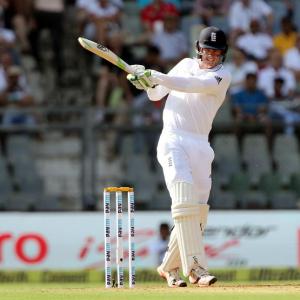