The Bangladesh Cricket Board on Wednesday said several senior players, including captain Shakib Al Hasan, were approached by illegal bookmakers during the home Test series against India earlier this year.

Shakib along with opener Tamim Iqbal were contacted by match-fixers and the incident was immediately brought to the notice of ICC's Anti -Corruption and Security Unit (ACSU), BCB's media committee chairman Jalal Yunus told cricinfo.

Incidentally, it was the second time Shakib was approached by bookmakers. The left-hander had earlier this year said that he was contacted by a bookmaker in 2008 as well.

"The way he was talking, I thought he might do something, so I told someone," he had said.

The development came after ghost of match-fixing returned to haunt world cricket last week, when, in a sting operation by a British tabloid, alleged fixer Mazhar Majeed claimed that several Pakistani cricketers including captain Salman Butt were involved in 'spot-fixing' during the Lord's Test against England.

Stung by the recent scandal, the BCB is now organizing awareness programmes for the national players to apprise them about the ill-effects of the menace.

The BCB had also asked the national players to furnish details of their individual agents.

"The players all have individual agents over whom we have no control. So we have asked them for information so that we can check their background and be more aware of the forces influencing our players," Yunus said.

Even though Bangladeshi cricketers are not that well paid as compared to their Indian and Australian counterparts, Yunus said he is confident the national players would never involve in such things which might put nation's reputation at stake.

"It depends of course on the individual. As far as we know, every player is honest, sincere and committed to cricket. They know that it will tarnish the country's reputation," the BCB official said.

"Indian cricket is very rich and we can't match their salaries but in our context - in our cost of living here in Bangladesh -- what the boys get is not bad. I am not saying they are rich but they are pretty well-off," he added. 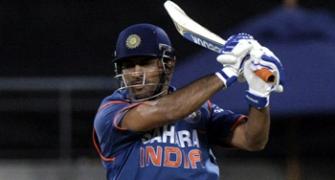 Klusener to be Bangladesh bowling coach