Delhi's ruling Aam Aadmi Party are going all out to ensur 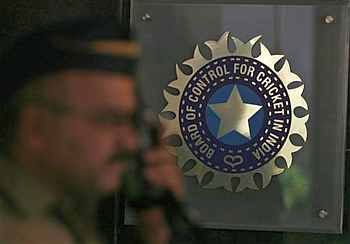 e that the fourth and final Test match between India and South Africa is not shifted out of the Feroz Shah Kotla stadium.

Despite initiating a probe to investigate allegations of widespread corruption within the Delhi & District Cricket Association (DDCA), the Arvind Kerjiwal-led AAP government does not want cricket lovers in Delhi to be deprived of a Test match.

The Delhi government sent a two-member panel to meet Board of Control for Cricket in India president Shashank Manohar in Nagpur on Saturday to convince him not to move the match out of Feroz Shah Kotla.

The BCCI has given DDCA a November 17 deadline to get the requisite permissions for the Test match, scheduled to be played in Delhi from December 3 to 7, failing which the match would be moved to Pune.

Over three weeks ago, various notices were slapped on the DDCA by the ruling Aam Aadmi Party in Delhi and the Delhi civic body for their failure to clear long-standing dues amounting to nearly Rs. 25 crore.

Incidentally, the BCCI had also stopped payment of their annual funds to DDCA for the last two years because they not filed their accounts for the said period.

Sources said that one of the proposals by the Delhi government was that BCCI should come forward to host the match in Delhi without involving any official from the DDCA.

But it has been learnt that the BCCI is awaiting a response from the DDCA and will wait for the deadline date of November 17 before they take a final call on the matter.