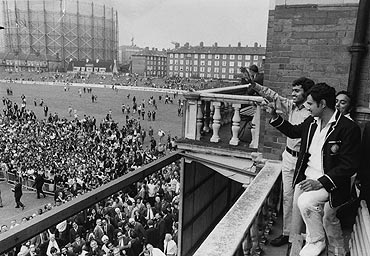 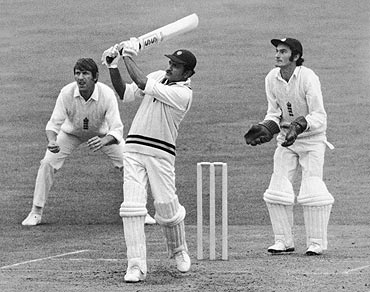 Image: Wadekar bats in India's 1st innings of the third Test at the Oval; wicketkeeper Alan Knott looks on 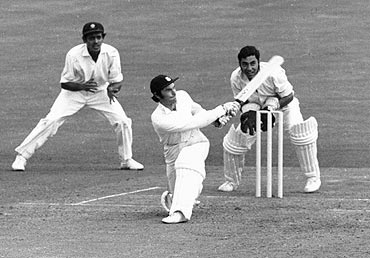 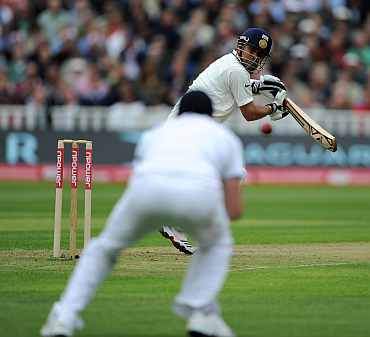