Sign in  |  Create a Rediffmail account
Rediff.com  » Cricket » 'I appealed for Sachin's wicket, I thought it was out' 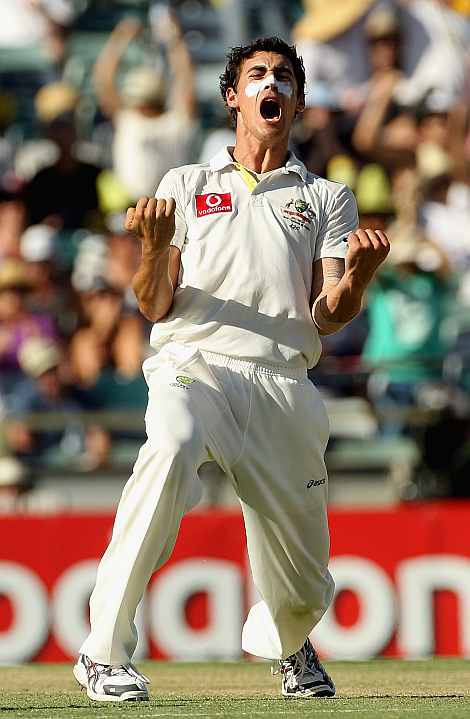 Young left-arm quick Mitchell Starc said that invaluable tips from legendary Pakistan pacer Wasim Akram has helped him to swing the ball consistently during the ongoing Test match against India.

"It was a brief chat. I had the opportunity to catch up with him in Sydney. It was about wrist position to get the ball to swing consistently. I hope to catch up with him again. He is a genius and chatting with him would not do any harm," Starc who got Sachin Tendulkar leg before with an incoming delivery, told reporters.

Dismissing someone of Tendulkar's stature is a memorable experience and Starc is no exception.

"To take every wicket is a good feeling but to get the Little Master is a great feeling. Importantly for us, they are four wickets down and we would be pushing to close it out tomorrow," he said.

'We've got enough to close out without having to bat again' 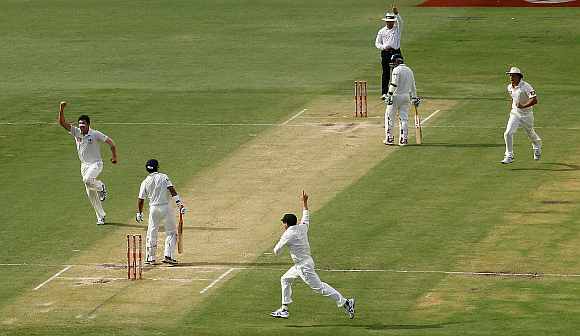 Starc, who also got Gautam Gambhir with a peach of a delivery said, that he is unaware whether it was cracks in the pitch that helped in letting the ball fly.

"I am not sure if it hit the crack. Hopefully, those cracks will widen up tomorrow for us to take those last six wickets," Starc said.

With India still trailing by 120 runs, Starc feels that the home team can certainly register their second innings victory.

"I feel we have got enough to close out without having to bat again. The track is now a bit slow but cracks are looking to open. They definitely played a part today. There are some good spots, especially for the left-hand batsmen," he stated.

'I appealed for it, I thought it was out' 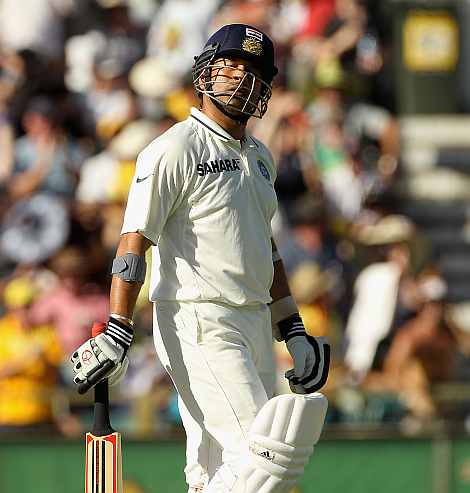 Asked about Tendulkar being unhappy with the decision, Starc replied, "I appealed for it, I thought it was out. I didn't see the Hawk Eye or such thing but with no DRS (in the series), so is it. He's not coming back."

Unlike his teammate David Warner who had said that India's future looks bleak when likes of Tendulkar and Rahul Dravid retire, Starc was non-committal.

"They would be determined to make up that deficit of runs (tomorrow). Then there is Adelaide and one-day series too. It's hard to write them off already."Starc felt bowling to a disciplined line was key behind pace battery's success.

"That's the biggest thing so far. We have stuck to our plans. We have been pretty strict on ourselves and stuck to those things. It's paying off. We are bowling up and giving ourselves the best chance. To be a part of this bowling group is a great feeling."

'We stuck to our plan' 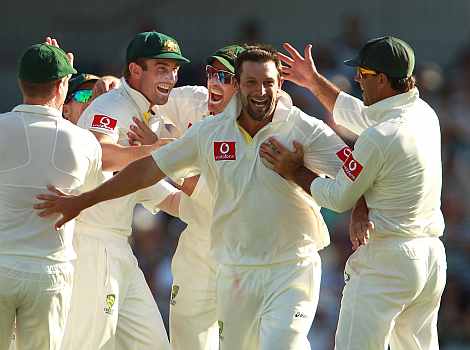 The gangly 1.96m bowler feels that India's pace quartet were probably carried away by the pace and bounce at the WACA on the first day.

"With extra pace and bounce, you could get carried away. We stuck to our plans -- Peter Siddle, Ryan Harris and Ben Hilfenhaus in particular. Indians were not good to begin with but they fixed it up (today).

"The pacer was also honest in his admission that he might not be an automatic choice during the fourth Test in Adelaide.

"I have been with the group and seen two wins. Right through those days, the momentum is stuck with special. It's been special to part of this group. You see Ricky Ponting come and joking and it's quite easy to feel part of the group. It makes it easy when you know every bloke is behind you."

"I would be surprised if four quicks are picked (for Adelaide). Out of the four, it would be me who would go for a spinner. But I would be happy if Australia is to win." 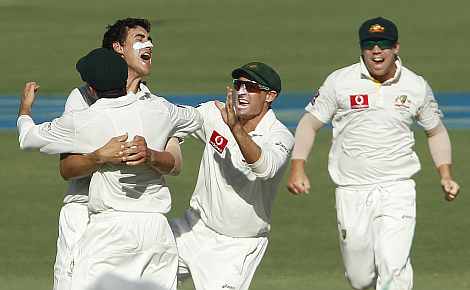 Starc revealed he didn't know if he was playing till the morning of the WACA Test.

"I didn't know till the morning of day one (if I was playing). I prepare for every game. If I don't play, so be it. If I am picked I am ready to go."

The bowler also is a bit surprised that none of the Test matches in the Australian summer has gone the distance. "It's a bit of a surprise that no Test has gone for five days this summer. It's only two days and we are already midway through their innings."

Tags: WACA , Starc
More
© Copyright 2022 PTI. All rights reserved. Republication or redistribution of PTI content, including by framing or similar means, is expressly prohibited without the prior written consent.
Write a
Comment
Print this
article