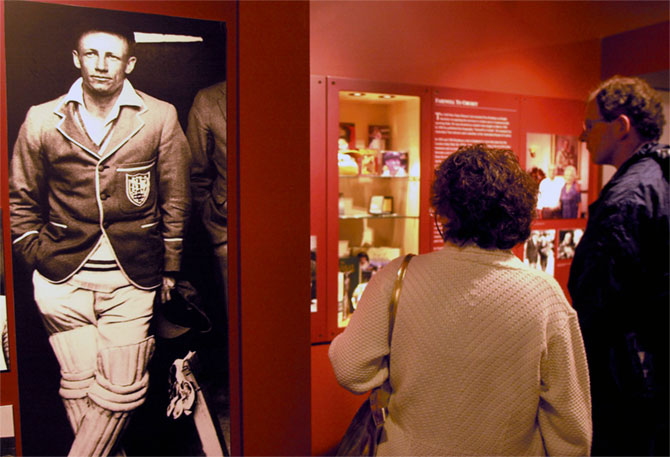 IMAGE: Visitors to the Bradman museum look at the historic cricket memorabilia on show in Bowral. Photograph: Reuters

The blazer worn by Australian cricketing great Donald Bradman during his first series as Test captain sold for A$132,000 ($91,410.00) on Monday, local media reported.

The green jacket with gold piping and the Australia crest on the breast pocket was worn by the batsman when he led the Australians against the English tourists in the 1936-37 Ashes series, which the home side won 3-2.

Taxes and commissions accounted for the other A$32,000.

"This is the first (Bradman) blazer we've had up for auction, which is possibly why it sold so well," auctioneer Max Williamson told Australian Associated Press.

"It went beyond our expectations ... we're still shaking."

Anything related to Bradman, who retired with a Test batting average of 99.94, is a major attraction for collectors of cricket memorabilia and his 1948 "Invincibles" tour cap sold for A$402,500 in 2008.

© Copyright 2021 Reuters Limited. All rights reserved. Republication or redistribution of Reuters content, including by framing or similar means, is expressly prohibited without the prior written consent of Reuters. Reuters shall not be liable for any errors or delays in the content, or for any actions taken in reliance thereon.
Related News: Don Bradman, Australian Associated Press, Donald Bradman, Max Williamson, IMAGE
SHARE THIS STORYCOMMENT
Print this article 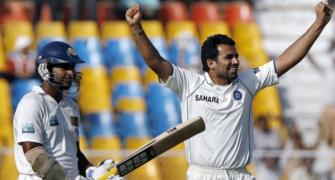 Zaheer, Swann challenged me the most: Sangakkara 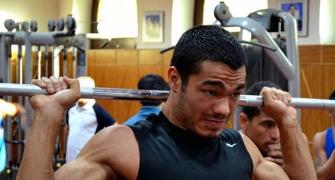 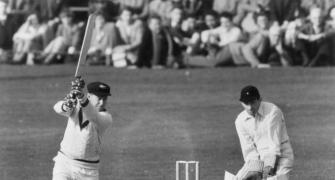 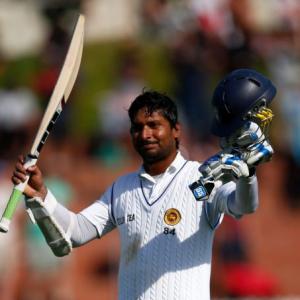 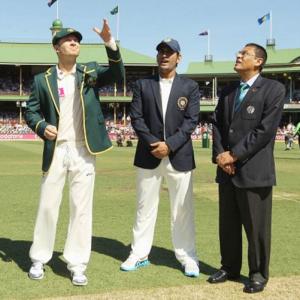 Should the TOSS be dumped in Test cricket?