Orissa's lower order put up a fight, but it only delayed the inevitable, as Mumbai romped home by an innings and 210 runs to garner all six points from their Ranji Trophy Elite Division match in Cuttack on Friday.

Mumbai off-spinner Ramesh Powar was the wrecker-in-chief with a six-wicket haul from 21.2 overs, as Orissa, following-on, folded for 226 in their second innings.

Resuming at 163-7 on Day 4, the wickets started tumbling pretty early, with Basant Mohanty failing to add anything to his overnight score of 41. He was caught by Kaustubh Pawar off Powar.

But Powar more than made up for it with his fine performance. After dismissing Mohanty, it was a matter of time before the rest of the lower order packed up, even though Lagnajit Samal (35) and Santosh Jena (39) delayed the inevitable with contrasting knocks.

While Samal stayed put at the crease for 139 deliveries, hitting six fours in between, Jena's entertaining cameo came off 48 balls and included six fours and a six.

Samal was trapped LBW by Aavishkar Salvi while Jena was bowled by Powar.

Centuries from veteran opener Aakash Chopra (135) and young Robin Bist (100 not out) earned hosts Rajasthan a solitary point against formidable Uttar Pradesh in an Elite group match in Jaipur.

After being asked to follow-on on the penultimate day, Chopra, his opening partner Vineet Saxena (72) and Bist saw through day 4 as Rajasthan finished on 349 for 2.

The match was called off after 78 overs of play on the final day.

Credit must go to Chopra, who was stripped of captaincy after a match. He was in poor form before this match and needed a big score as the other batting mainstay Hrishikesh Kanitkar is out with injury.

For Chopra, who completed 10,000 runs in first-class cricket on Friday, it was his 28th first-class century. His opening partnership of 166 with Saxena ensured that Rajasthan consumed 59 overs without any hiccups before left-arm spinner Praveen Gupta got rid of the latter.

Chopra then added another 106 runs for the second wicket with Bist, who has now scored two centuries in two matches.

For Bist, this will be a morale-boosting knock, having failed to notch a single three-figure mark in his past 27 first-class appearances, He has now helped himself to two in two matches. His knock came off 149 balls with the help of 13 boundaries and a six.

The moment Bist reached his milestone, the play was called off.

A fiery spell by speedster Parvinder Awana (5-52) and an equally impressive effort from the seasoned Ashish Nehra (3-61) saw Delhi register their first outright win in this year's Ranji Trophy, beating Baroda by 10 wickets.

Delhi, who had only four points in their kitty from the first three matches now have 10 from four.

Unmukt Chand (17 not out) and Shikhar Dhawan (28 not out) ensured that Delhi were not denied a bonus point.

If Punit Bisht's Herculean effort set up the game for Delhi, it was Awana and Nehra who blew away the opponents with their pace and swing. Nehra had a match-haul of nine wickets. The showing will surely keep the selectors interested when they decide on the ODI team for the last two matches versus the West Indies as well as the CB series in Australia.

The slide started with rival skipper Pinal Shah (10) nicked one from Nehra to Bisht behind the stumps. First innings centurion Rakesh Solanki (36) again emerged the top-scorer for Baroda before he became the sixth batsman to be dismissed as he failed to negotiate Nehra's swing.

The injured Ambati Rayudu (4) played a loose shot as Nehra dug one short and he tried to hit over deep fine leg only to caught by Awana.

At 128 for seven, the end was near, and Awana, who had kept the pressure at one end, blasted the tail.

First he trapped Irfan Pathan leg before while Abhijit Karambelkar and Bhargav Bhatt couldn't come to terms with his pace, as Bisht ended a dream match with a double century and eight victims behind the stumps.

Udit Birla struck an unbeaten half century as Madhya Pradesh registered a five-wicket victory over Gujarat in their Elite division match in Indore.

Overnight 107 for 4, Madhya Pradesh lost overnight batsman Abbas Ali (40) early on Friday, but Birla (52 not out) and Harpreet Singh (28 not out) did well to chase down the target of 198 with five wickets to spare.

Udit's entertaining knock came off 58 balls and was studded with eight fours.

Harpreet played a patient innings that consumed 81 deliveries and included a couple of hits to the fence.

Madhya Pradesh bagged five points from the match, missing out on the bonus point after conceding the first innings lead.

For Gujarat, Ishwar Chaudhary and Mehul Patel were the most successful bowlers, picking two wickets apiece. While Chaudhary conceded 62 runs in his 26 overs, Patel gave away 67 runs 22.5 overs.

Punjab had to be content with just three points from the the first innings lead as their Elite division Group A match against Railways ended in a draw in Mohali.

Punjab squandered their chances of registering an outright win on Thursday, when Railways skipper Sanjay Bangar and tail-ender Ashish Yadav added 113 for the eighth wicket to take the visitors to 273 all out in reply to the hosts' 366 in the first innings.

Resuming their second innings at the overnight score of 51 for 4, Punjab declared at 242 for 9, with Amitoze Singh (68), Mayank Sidhana (49) and last man Manpreet Gony (45 not out) scoring bulk of the runs.

Needing an impossible 336 runs to pocket the match in little over one session of play, Railways finished the day at 129 for three in 35.3 overs.

Captain Sanjay Bangar scored majority of the runs for Railways with an 85-ball 77 during which he hit five fours and as many sixes.

One down Shreyas Khanolkar gave Bangar good support from the other end with a patient 34 that came off 87 balls.

India discard Ashok Dinda had career-best figures of seven for 44 but his fiery spell couldn't prevent Haryana from walking away with three points from the Elite division at the Bansi Lal Stadium in Rohtak.

Haryana now have eight points from four matches while Bengal have five points from three matches, and languish at the bottom of the group league table.

Dinda's career-best match figures of 12-142 were his maiden 10-wicket haul in a first class match.

The 27-year-old bowled with lot of pace as Haryana were shot out for 169 in their second essay, leaving Bengal to score 189 runs in 37 overs, which included 15 mandatory overs. The visitors finally managed 128 for five in 28 overs before the chase was called off.

The target was certainly a difficult one, but Rohan Banerjee (43, 4x4) and Abhishek Jhunjhunwala (23, 2x4) added 55 runs for the second wicket in quick time giving it a sincere try.

Once Ganguly was gone, Bengal never went for the chase. India's reserve wicketkeeper Wrddhiman Saha again failed to get going as he could manage another painstaking 26 off 40 deliveries when the situation demanded a bit more positive approach.

The day, however, belonged to Dinda after Ranadeb Bose squared up Sunny Singh (27) with a perfect out-swinger which clipped the off-bail. The ball pitched on middle and moved a shade to disturb the furniture.

Dinda then got into the act as he hit the deck hard. Abhimanyu Khode (1) was trapped leg before while Nitin Saini (44) edged one to Writam Porel at slips.

Haryana captain Amit Mishra (0) tried an ugly heave off Iresh Saxena only to be stumped by Wriddhiman Saha as Haryana were reeling at 94 for five.

Sachin Rana (20) and Priyank Tehlan (40) provided dogged resistance as they added 41 runs for the sixth wicket, but, more importantly, consumed close to 18 overs.

Rana was finally trapped leg before and he became Dinda's fourth victim in the match. Tehlan tried to give Dinda the charge and was caught by Ganguly at mid-on to give the bowler his second five-for of the match.

Yuzvendra Chahal (4) was snapped by Saha off Dinda while Iresh Saxena disposed off Ashish Hooda.

Dinda finally got his seventh victim when he shattered Harshal Patel's stumps to raise visions of what could have been a fantastic win.

Bengal will, however, take heart from Dinda's bowling performance considering the fact bowlers haven't done well for Bengal till this match. 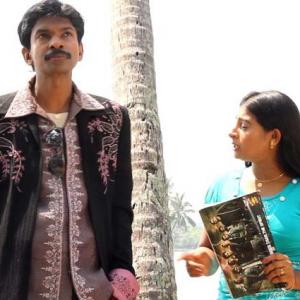 'I have never been perturbed by criticism'

Congress will speak its mind on Bengal affairs: Ramesh