A round-up of the Ranji Trophy matches played on Wednesday

Abhimanyu Easwaran dropped anchor at one end as his 97-run stand with Shreevats Goswami enabled Bengal to reach 185 for four against Madhya Pradesh on the first day of their final group league encounter of the Ranji Trophy, in New Delhi on Wednesday.

With the match against Gujarat being cancelled, Bengal's chances of qualifying for knock-out stage are slim and the motivation has taken a dent.

It was Easwaran' s unbeaten 68 with 8 boundaries and Shreevats's stroke-filled 52 with eight hits to the fence that helped Bengal carry out damage control after being reduced to 88 for 4 on a day when only 60 overs were possible due to foggy weather.

Opting to bat, opener Abhishek Raman hit a flurry of boundaries -- six in all -- to race away to 36 but his T20-like instincts took over as he jumped out to hit Iswar Pandey but was bowled in the process.

Before Raman, Prosenjit Das (3) struggled for 24 deliveries as Chandrakant Sakhure brought one into him to trap leg before.

Skipper Manoj Tiwary (15) and Sudip Chatterjee (0) both were victims of away going deliveries edging it to slips. Young Easwaran was ready to defend as he got an able partner in Shreevats who hit some audacious strokes including a short arm pull off Pandey and a cover drive off Datey.

He survived a strong caught behind appeal off Pandey's bowling. With nearly two hours of play lost and trend likely to continue, Bengal are in all likelihood running their final lap in this year's championship.

Kuldeep, Saurabh score unbeaten half tons to take UP to 360/7 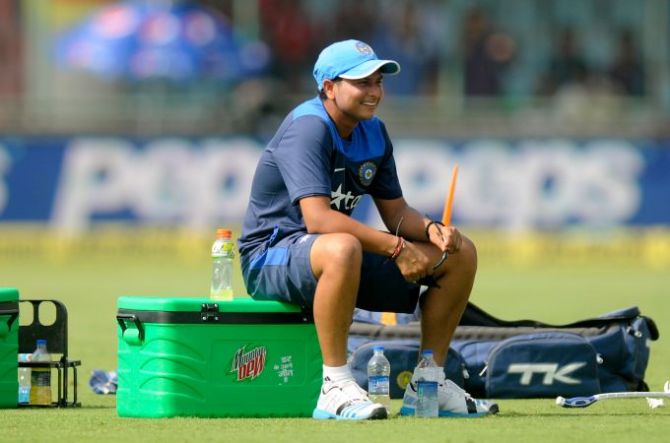 Nasik: Unbeaten half-centuries by Uttar Pradesh tail-enders -- Kuldeep Yadav (77 not out) and Saurabh Kumar (85 not out) -- guided the team to 360 for seven against Baroda on the opening day of their Group A Ranji Trophy on Wednesday.

Put in to bat by Baroda, Uttar Pradesh lost three batsmen for less than 100 runs on the board. Although Akshdeep Nath (45) and Rinku Singh (40) chipped in with important contributions, UP kept losing wickets at regular intervals to be reeling at 207 for seven at one stage.

However, Kuldeep Yadav and Saurabh Kumar consolidated the innings and the two added an unbroken 153 runs for the eighth wicket to take the team past 350-run mark.

Kuldeep's innings came off 136 deliveries with four hits to the fence, while Saurabh took 113 balls for his knock that was studded with 12 boundaries.

For Baroda, Babashafi Pathan (3/84) was the most impressive bowler. Sagar Mangalorkar (2/64) and Rishi Arothe (2/68) took two wickets each.

Vidarbha bowl Rajasthan out for 140

Greater Noida: Vidarbha bowlers produced a clinical display to bowl Rajasthan out for a paltry 140 on the opening day of their Group B Ranji Trophy cricket match.

Put into bat, Rajasthan lasted just 41.1 overs in their first innings to hand Vidarbha the early advantage in the match.

Left-arm spinner Aditya Sarwate was the most successful Vidarbha bowler with figures of 3 for 22. Pacers Shrikant Wagh, Rajneesh Gurbani and Lalit Yadav took two wickets apiece while off-spinner Akshay Wakhare got one.

Rajasthan opening pair of Amitkumar Gautam (18) and Manender Singh (27) put on 42 runs together but once their stand was broken, their side suffered a batting collapse. They were reduced to 47 for 4 in the 16th over.

A 43-run stand between Rajat Bhatia (26) and Siddharth Dobal (19) for the fifth wicket was the highest partnership for Rajasthan but both were out before their side touched the 100-run mark.

Captain Pankaj Singh remained not out on 10 off four balls to see his side fold at 140.

Opener Manender top-scored with a 49-ball 27 which had five boundaries in it.

In reply, Vidarbha were 14 for no loss from 4 overs at stumps with Sanjay Ramaswamy and captain Faiz Fazal batting on 4 and 9 respectively.

Rajkot: Uday Kaul and Mandeep Singh struck half centuries as Punjab reached 216 for 4 on the opening day of their Group A Ranji Trophy match against Mumbai.

Opting to bat, Punjab scored at a slow rate of 2.40 runs per over as they played out the entire 90 overs to accumulate 216 runs at the expense of four wickets at the SCA Stadium here.

Kaul hit eight boundaries in his 229-ball innings of 86 while Mandeep's aggressive knock of 78 came from 132 deliveries from which he struck 10 fours and two sixes.

The duo got together with Punjab on 63 for 2, after Shardul Thakur dismissed the openers, and added 138 for the third wicket. Suryakumar Yadav, however, upset Punjab's plans by sending back both batsmen in the 82nd over of the day.

Gitansh Khera and Mayank Sidhana were batting on four and 11 respectively at the draw of stumps.

For Mumbai, Shardul Thakur, who was named as a back-up of Mohammed Shami for the fourth match of the Test series against England starting tomorrow, and Suryakumar Yadav took two wickets apiece.

Belgavi (Karnataka):  Gujarat were 190 for four after electing to bat in their Group A Ranji Trophy cricket match against Tamil Nadu on Wednesday.

Opener Priyank Kirit Panchal was two runs short of a century, batting on a well-crafted 98 off 161 balls at the KSCA Stadium.

Dhruv Raval (11) was the other batsman who was unbeaten at stumps on the first day of the play.

Manprit Juneja was dismissed after contributing 25, while opener Samit Gohel made 23 off 45 balls.

Panchal's knock was laced with 14 boundaries.

There was a wicket apiece for A Aswin Crist, T Natarajan, R Aushik Srinivas and Vijay Shankar.

During his knock, Panchal shared 67 runs for the fourth wicket with wicketkeeper Raval, and 55 with his opening partner Gohel.

Kolkata: Haryana wriggled themselves out from a difficult position to score a modest 231 all out before reducing Tripura to 70 for 4 on the opening day of their Ranji Trophy Group C cricket match at EdenGardens on Wednesday.

Haryana, who are aiming to seal a last eight berth, struck twice in four overs as Tripura trailed by 161 runs with Smit Patel unbeaten on 26 when bad light stopped play after 20.4 overs.

Tripura won a good toss and reduced Haryana to 70 for four with Sanjay Majumder (3/53) rattling the top order but it was Chaitanya Bishnoi who top-scored with his fighting 52 off 83 balls (9x4) to lead the revival.

Before Bishnoi could convert his half-century into a hundred he was dismissed by Bunti Roy and Haryana suffered another collapse and were 165 for 9. But a 66-run last wicket partnership took Haryana past 200-mark.

Skipper and No. 11 batsman Mohit Sharma led the show in the crucial partnership with an unbeaten 39 laced with six boundaries, even as Tripura struggled to break the pair.

Sharma found an able ally in Harshal Patel, who chipped in with a valuable 26 that included a six in an extended second session.

Bunti Roy (2/44) finally broke the partnership dismissing Patel who edged one behind the stumps.

The Haryana medium pacer, Harshal Patel, returned to impress with the ball as he rocked the Tripura top order with his double blow -- Udiyan Bose (4) and Samrat Singha (1). 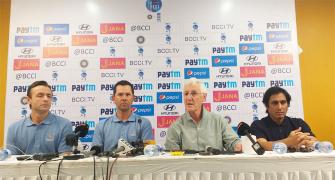 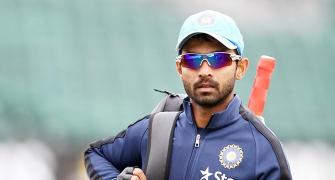 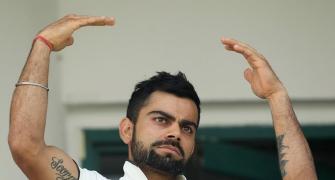 Why Kohli is unhappy with England tour schedule 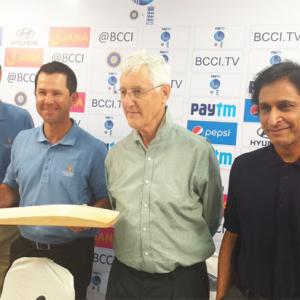