'It's incredible. The feeling of winning the World Cup was beyond what words can express.' 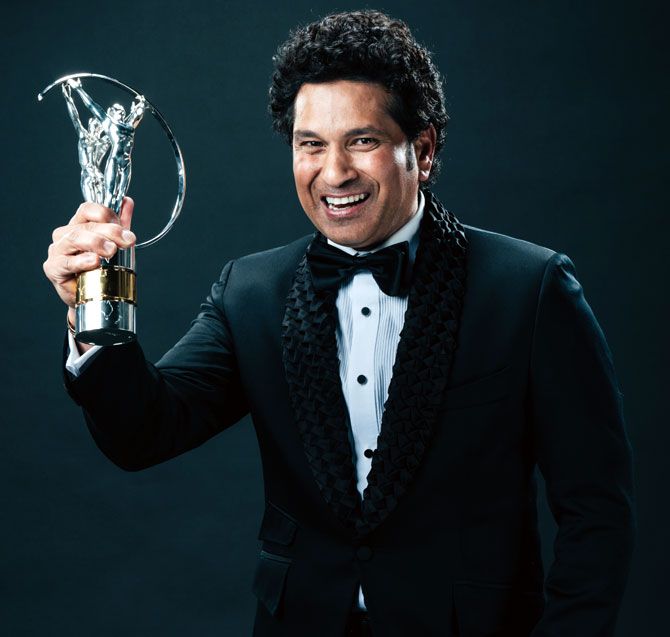 Sachin Tendulkar being lifted on the shoulders of his team-mates after their World Cup triumph at home in 2011 was voted the Laureus best sporting moment in the last 20 years.

With the backing of Indian cricket fans, Tendulkar got the maximum number of votes to emerge winner on on Monday.

Tendulkar, competing in his sixth and last World Cup, finally realised his long-term dream when captain Mahendra Singh Dhoni smacked Sri Lankan pacer Nuwan Kulasekara out of the park for a winning six as India claimed the 50-overs World title for the second time. 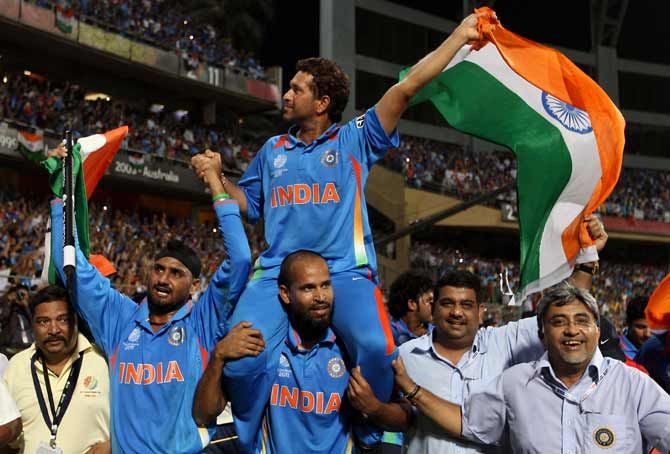 The charged-up Indian cricketers rushed to the ground and soon they lifted Tendulkar on their shoulders and made a lap of honour, a moment etched in the minds of the fans.

"It's incredible. The feeling of winning the World Cup was beyond what words can express. How many times you get an event happening where there are no mixed opinions. Very rarely the entire country celebrates," Tendulkar said after receiving the trophy in Berlin.

"And this is a reminder of how powerful a sport is and what magic it does to our lives. Even now when I watch that it has stayed with me." 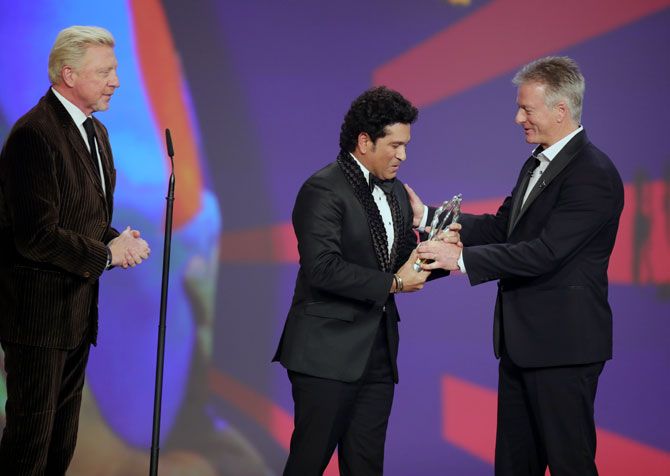 Becker then asked Tendulkar to share the emotions he felt at that time and the Indian legend put in perspective how important it was for him to hold that trophy.

"My journey started in 1983 when I was 10 years old. India had won the World Cup. I did not understand the significance and just because everybody was celebrating, I also joined the party.

"But somewhere I knew something special has happened to the country and I wanted to experience it one day and that's how my journey began."

"It was the proudest moment of my life, holding that trophy which I chased for 22 years but I never lost hope. I was merely lifting that trophy on behalf of my countrymen." 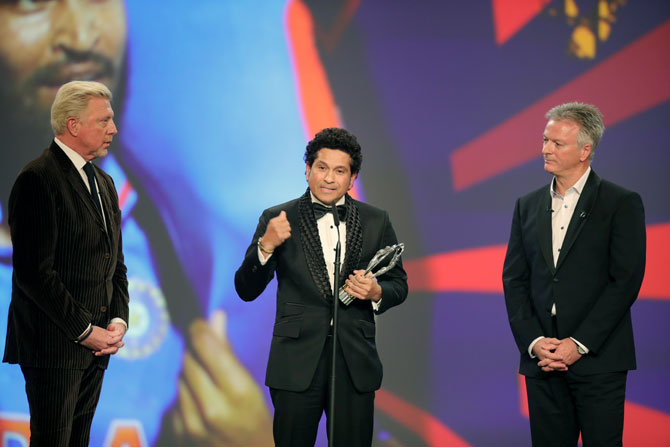 The 46-year-old Tendulkar, the highest run-getter in the cricket world, said holding the Laureus trophy has also given him great honour.

He also shared the impact the revolutionary South African leader Nelson Mandela had on him. He met hin when he was just 19 years old.

"His hardship did not affect his leadership. Out of many messages he left, the most important I felt was that sport has got the power to unite everyone.

"Today sitting in this room with so many athletes, some of them did not have everything but they made the best of everything they had. I thank them for inspiring youngsters to pick a sport of their choice and chase their dreams. This trophy belongs to all of us, it's not just about me."

"Congratulations Sachin paaji on being honoured with the prestigious Laureus Sporting Moment Award. A great achievement and a proud moment for our nation. @BCCI @sachin_rt," Kohli wrote on his twitter handle.