Wriddhiman Saha struck timely form with an attacking century and also put on a fighting, 203-run unbroken partnership with captain Cheteshwar Pujara to push Rest of India firmly towards the winning target on day four of the Irani Cup game against Gujarat on Monday.

Coming to the crease at no. 6 when Rest were staggering at 63 for 4, chasing 379 for victory, 32-year-old Saha counter-attacked brilliantly to remain unconquered on 123 off 214 balls, with 3 sixes and 16 fours, in a close of play score of 266 for four in 84 overs at the Brabourne Stadium.

Pujara, who had top-scored with 86 in Rest's first innings total of 226 in reply to the Ranji champions' 358, was at the other end on 83 in 181 balls, by batting in his customary calm and collected fashion.

Rest, who conceded a lead of 132 runs in the first innings, were 113 runs short of the target with six wickets in hand going into the final day of the match on Tuesday.

The fifth wicket duo's unfinished stand of 203 runs in 59.4 overs rescued Rest after they had lost the wickets of openers Akhil Herwadkar (20) and Abhinav Mukund (19), both before lunch, and also those of Karun Nair (7) and Manoj Tiwary (7) before the first hour after lunch.

Saha, who got injured and lost his Test place to Gujarat captain and stumper Parthiv Patel in the last three Tests against England, could not have chosen a better platform to impress the watching selectors of his worth with the bat.

He took the Gujarat attack by its scruff with splendid shots, quite a few of them lofted ones, down the ground to race past Pujara and was on 68 to his captain's 46 in a tea-time score of 169 for four.

He later completed his 11th first class hundred, including one in the St Lucia Test last year against the West Indies, by lofting Gujarat medium pacer Chintan Gaja for a four to long off in 183 minutes and off 157 balls, laced with 14 fours and 2 sixes.

In the morning, Gujarat lost their remaining two second innings wickets while adding 19 runs to overnight 227 for 8 in 50 minutes to leave Rest with one hour and five sessions to go for a win. 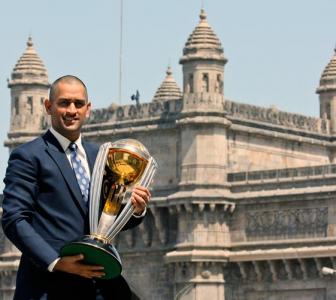 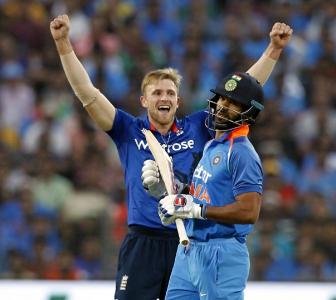 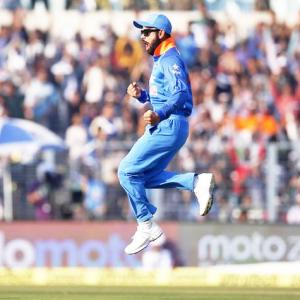 Kohli pinpoints some standout moments from the ODI series 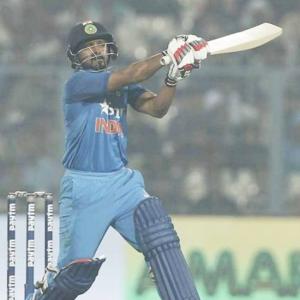