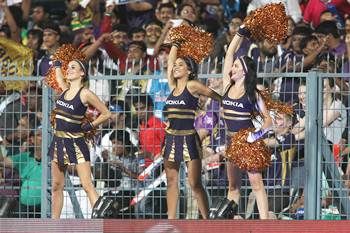 The seventh edition of the Indian Premier League will return to India, after the completion of the first phase in the United Arab Emirates, on May 2, with a high-profile match between past winners Chennai Super Kings and Kolkata Knight Riders in Ranchi.

The UAE was awarded hosting rights of the first 20 matches in the cash-rich Twenty20 league, starting April 16, due to a clash in dates with the general elections in India.

The organisers, on Thursday, released the fixtures for the remaining 40 games, including the final, in India.

While the Qualifier 1 and Eliminator will be held at Chennai's M A Chidambaram Stadium on May 27 and May 28, the Qualifier 2 and final will be staged at the Wankhede Stadium in Mumbai on May 30 and June 1.

Each franchise will play nine matches in India, with five of the eight teams playing at least four matches at their home stadium.

"After discussions with the authorities in India, the BCCI is pleased to announce that a total of 36 regular season matches, plus the four play-offs of the Pepsi IPL 2014, will be played in India, starting Friday, 2 May 2014," BCCI secretary Sanjay Patel said.

The organisers also made two changes to the UAE leg of the schedule.

"Following on from the launch of ticket sales for the UAE leg today, I am pleased that we are now able to confirm the dates for the rest of the season. It is great news that the fans back home in India will be able to watch a large part of the Pepsi IPL 2014. Given the various challenges and the logistical complexities, we have spent a considerable amount of time in crafting a balanced schedule," said interim president of BCCI-IPL, Sunil Gavaskar.

Ranjib Biswal, chairman of IPL Governing Council, said, "We are delighted to have the season back in India at the start of May. Organising an event of this scale at multiple venues in two countries is an enormous organisational undertaking and we are very grateful to the Government of India, the Ministry of Home Affairs and the police authorities in the various states for their support."

The first leg of IPL 7 had to be shifted out of the country after the government refused to provide security as its schedule clashed with the general elections, scheduled to be held in nine phases from April 7 to May 12.

This is the second time the event had to be played out of the country due to the elections.

In 2009, the entire tournament had to be shifted to South Africa.

Due to the lesser number of teams, the duration of the league has also been shortened this time to 47 days and 60 matches -- much less than the 76 games played last season which is spread over 54 days.

Image: Cheerleaders at an IPL-6 match. 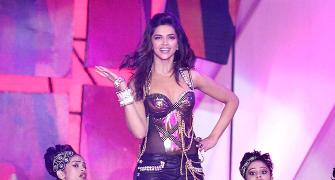 IPL opening ceremony may drop some glitter this year 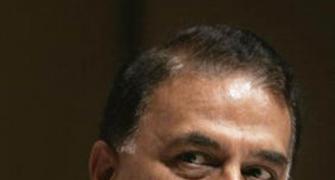 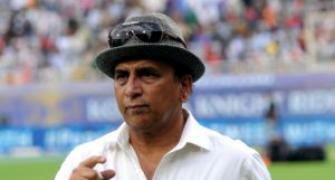 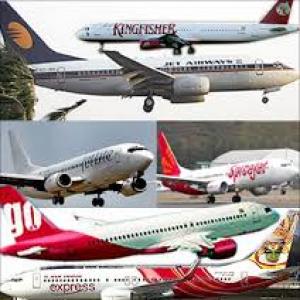