The fifth edition of the Indian Premier League was viewed by more people than last year's ICC Cricket World Cup (50 overs), which India won after 28 years.

IPL chairman Rajiv Shukla declared on Tuesday that the cash-rich T20 tournament, which ended on May 27, with Kolkata Knight Riders emerging the new champions after defeating last year's winners Chennai Super Kings in the final, was a "huge success".

Speaking after the T20 league's governing council meeting in Mumbai, Shukla said, "IPL-5 was a huge success. The figures we have got say that nearly 2.55 billion viewers have seen IPL 5. It's more than those who watched ICC World Cup (2011). This figure is very near to the world's top one or two tournaments, which includes the FIFA World Cup. I am talking only about the Indian viewership. There was also a jump of 55 per cent in Internet viewership."

According to Shukla, the four play-off games of IPL-5 fetched Rs 13 crore from the sale of tickets.

"The ticket sales from the four play-off matches have fetched over Rs 13 crore out of which we are paying Rs 2.80 crore as entertainment tax to the government. All the franchises have received substantially more money from the sale of tickets this season. The (complimentary) pass culture is slowly ending in IPL. More than 50 per cent tickets were sold online," added the IPL chairman. 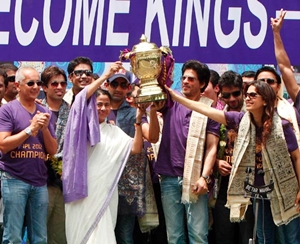 He informed that Tuesday's governing body meeting took stock of the tournament and all the members were appreciative of the huge success of the event, adding what happened behind closed-doors in hotel rooms is not the governing body's concern.

- Analysis: The hits and flops of IPL 5

He was obviously referring to the incident involving IPL player Australia's Luke Pomerschbach, who was accused of molesting an American woman and beating up her fiance after a post-match party in Delhi before the accuser withdrew the complaint after reaching an agreement with the player.

"Basically, it was a review meeting of IPL V, how it has done extremely well. The GC members appreciated the kind of effort put in for the success of IPL V.

"There were no controversies as far as cricket, grounds and matches were concerned. What happens inside hotel rooms are a matter for the police to handle," Shukla said.

The Board of Control for Cricket in India, he said, has received the enquiry report of the television sting operation that was conducted during the IPL and will refer it to its disciplinary panel.

"Ravi Sawani, the enquiry commissioner, has submitted his report on TV sting operation to the BCCI president (N Srinivasan). As per the procedure, that report is being referred to the disciplinary committee of the BCCI. It will consider the recommendations of Ravi Sawani," he said.

Five uncapped Indian cricketers were allegedly caught indulging in corrupt practices by a television channel which conducted a sting operation during this year's IPL.

The BCCI, while suspending the concerned players, had also asked its Anti-Corruption Unit chief Sawani to conduct a probe in the matter.

"Now that the president has received the report, he will be referring it to the disciplinary committee," Shukla added.

Shukla said there was no discussion on the inclusion of Pakistan players in future IPL editions, adding that Sialkot will take part in this year's CLT20 Champions League, the venue of which will be decided on June 25 in Malaysia.

CLT20 is the joint property of BCCI and its counterparts in Australia and South Africa. There are doubts about conducting the league in Kolkata, as the dates in October coincides with the Durga Puja and there have been reports that South Africa might host it this season.

Shukla said though there was a strong view among members that uncapped cricketers should be brought into the purview of future players' auctions, the matter did not come up for discussion.

"There is a strong view that all uncapped players should be brought under the hammer but this topic was not discussed today. The council in future would decide about it," he said.

Shulka said with all the existing sponsorships for IPL properties having ended, a fresh process will begin after a 60-day gap.

"There is a period of 60 days during which they (previous sponsors) can come up with their offer. After that we will be entitled to go for the tendering process. After July 26, a decision will be taken (on the matter)," he explained.

The IPL properties that may open up for fresh deals include the title sponsorship held for the first five seasons by DLF. 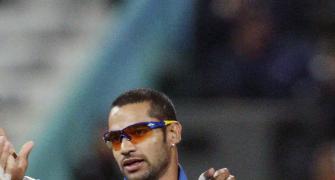 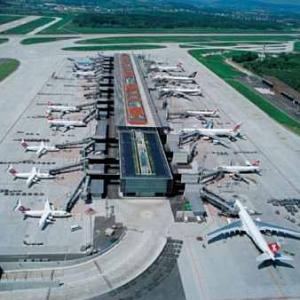