Spin duo of Ravindra Jadeja and Ravichandran Ashwin bagged three wickets each after captain Virat Kohli struck his 17th Test century as India thrashed Sri Lanka by 304 runs in the opening Test to take a 1-0 lead in the three-match series here at the Galle International Stadium on Saturday.

Rajneesh Gupta presents the numbers from Day 4 of the first Test. 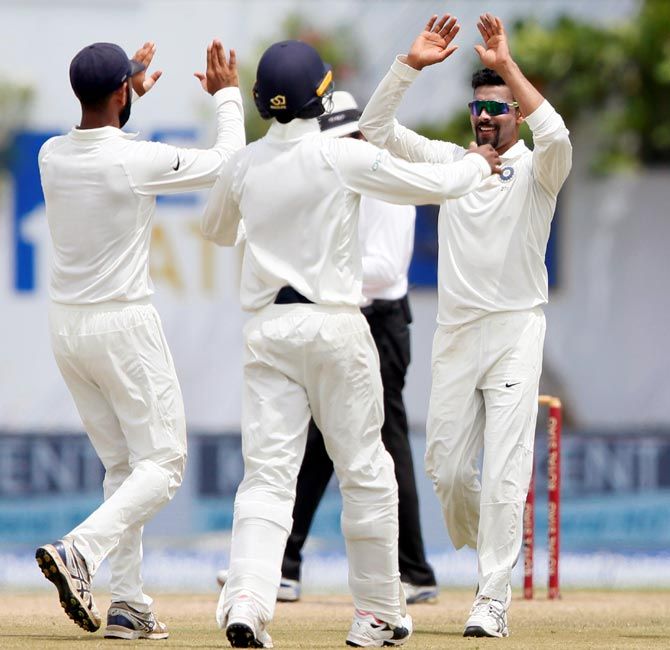 304 The victory margin for India -- their biggest in a Test outside India (in terms of runs). India’s previous biggest win outside India was by 279 runs against England at Leeds in 1986. The margin is also the biggest for Sri Lanka in a defeat at home, ahead of 301 run defeat against Pakistan at Colombo PSS in 1994.

4.51 The rate at which India scored their runs in the match -- 840 runs in 186.1 overs. This is the highest run-rate for India in a Test match in which they batted twice. The previous best was 4.45 against Pakistan at Karachi in 2006.

840 Runs scored by India in the Test match -- most they have ever scored in a Test against Sri Lanka. They had made 838 runs at Ahmedabad in 2009. India’s run-aggregate is also the highest by any side against Sri Lanka in Sri Lanka, beating their own record of 824 runs scored at Colombo RPS in 1997.

10 Number of hundreds scored by Virat Kohli as captain. Among the Indians only one -- Sunil Gavaskar has scored more (11).

44 Number of innings Kohli needed to score his 10 hundreds as captain – fewest for an Indian. Sunil Gavaskar held the previous record with 52 innings. In fact only four captains in all Test cricket have reached this milestone in fewer innings than Kohli -- Don Bradman (26), Mahela Jayawardene (36), Steven Smith (37) and Steve Waugh (43).

6 Number of hundreds Virat Kohli has scored as captain outside India -- most by any Indian. He went ahead of Mohammad Azharuddin’s tally of five hundreds.

6 Number of Tests India have won under Kohli outside India. Only Sourav Ganguly has more away wins -- 11. India's R Ashwin has one goal in mind... 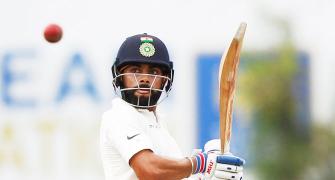 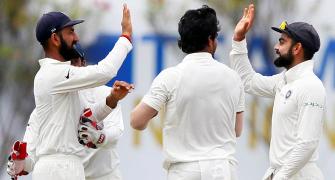 Virat Kohli on why the Galle Test win was special 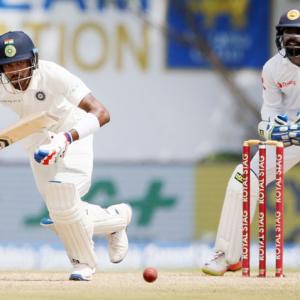