Statistical highlights from the third One-dayer International between India and England played in Mohali on Thursday.

# India registered their seventh victory in eleven games at the PCA Stadium, Mohali. 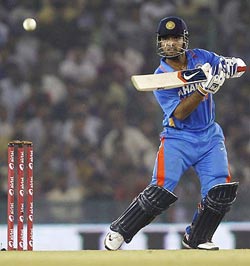 # India (300/5) posted their highest successful chase at PCA Stadium, Mohali -- the second highest at this venue. Pakistan had successfully chased 322 for six against India on November 8, 2007.

# Ajinkya Rahane (91) recorded his highest innings in ODIs, outstripping the 54 at Southampton on September 6, 2011.

# Rahane received the Man of the Match award for the first time in ODIs.

# Parthiv Patel's 38 off 46 balls is his second highest against England in ODIs.

# Gautam Gambhir (58) recorded his sixth fifty against England -- his 27th in ODIs.

# Suresh Raina posted his seventh duck in ODIs -- his second against England.

# Jonathan Trott (98 not out) posted his highest innings against India in ODIs, eclipsing the 63 at Cardiff on September 16, 2011.

# Trott and Patel were associated in a fifth wicket unbroken stand of 103 -- England's fourth century stand for the fifth wicket against India.

# The unbroken 103-run partnership is the highest by any pair against India for the fifth wicket at PCA Stadium, Mohali, surpassing the 102 between Inzamam-u-Haq and Shoaib Malik for Pakistan on November 8, 2007.

# Trott's superb unbeaten 98 is the second highest against India at Mohali. Younis Khan had made 117 for Pakistan on November 8, 2007.

# Trott's knock is his second highest in a losing cause, next only to the 137 against Australia at Sydney on February 2, 2011.

# Trott has posted his second fifty against India -- his 15th in ODIs.

# Steven Finn (2/44) recorded his best bowling performance in ODIs against a Test-playing country, surpassing the 2 for 51 against Australia at Sydney on February 2, 2011.

# Kevin Pietersen (64 off 61 balls) recorded his seventh fifty against India -- his 23rd in ODIs.

# Pietersen became the top run-getter for England against India in ODIs, aggregating 912 at an average of 48.00 in 22 matches. Paul Collingwood had managed 866(avg. 36.08) in 34 matches against India. 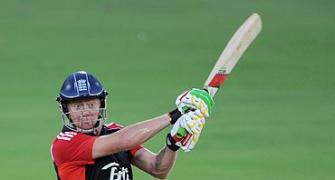 Bairstow is an exciting talent: Trott 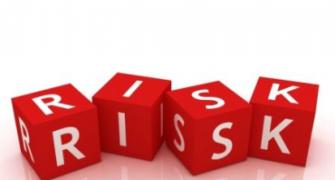 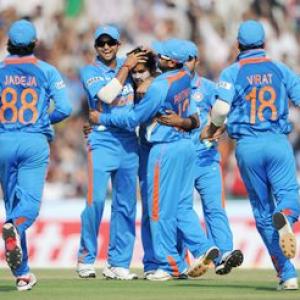