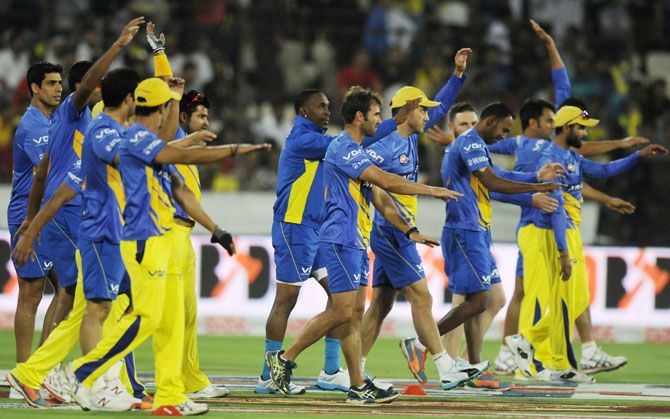 The indomitable Chennai Super Kings will have the advantage of familiarity with the conditions but the unbeaten Kolkata Knight Riders would still
be a tough nut to crack when they clash in the Oppo Champions League T20 final at the Chinnaswamy Stadium on Saturday.

Both teams had met in the final of the 2012 Indian Premier League, when Kolkata defeated Chennai by five wickets.

In this year's Indian Premier League both were at par, winning a game apiece against each other. However, unlike the Knight Riders, CSK have played most of their group matches here and will definitely have an edge as far as familiarity factor is concerned. 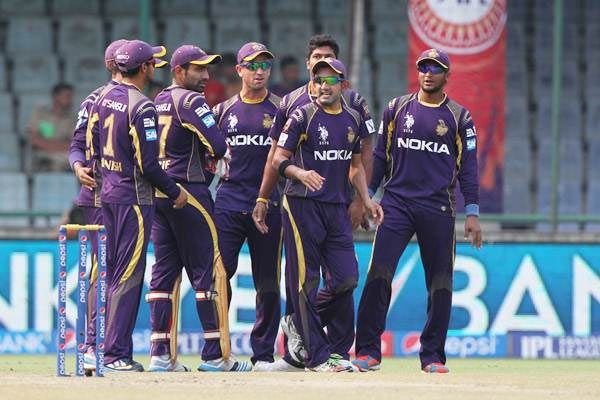 The Kolkata Knight Riders celebrate the fall of a wicket. Photograph: BCCI

As the final is being played between two IPL rivals, the Karnataka State Cricket Association is expecting a full house after conducting neutral matches, which failed to attract crowd.

Looking at the stats, Kolkata start favourites as they are on a roll after an unbeaten run in the tournament. They have, in fact, registered 14 wins in a row starting from IPL-7.

Chennai, on the other hand, had to depend on other teams' results to make the last-four stage. Led by Mahendra Singh Dhoni, the team, however, has the ability to turn it around, a quality which was evident in the semifinal against a power-packed Kings XI Punjab side. 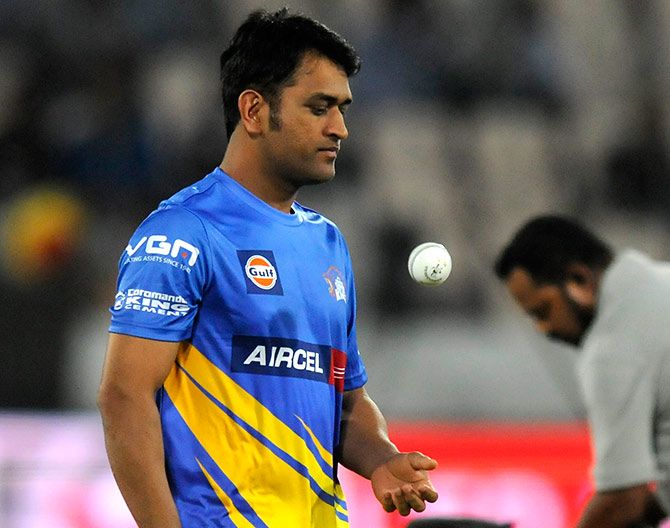 Dhoni knows the art of utilising his resources aptly, sometimes leaving rival captains too stunned by his decisions on batting and bowling combinations, besides the field placements.

Kolkata skipper Gautam Gambhir is equally enterprising and has shared an intense rivalry with Dhoni in IPL, coming out trumps against the India captain. The Knight Riders are coming into the title clash with the tag of invincible post their 14th straight win - a seven-wicket victory over Australia's Hobart Hurricanes in the first semi-final.

Coming into the match after handing a crushing 65-run defeat to Punjab in the second semifinal, Chennai would love to exploit the placid Chinnaswamy pitch, where they played most of their group matches.

Opener Dwayne Smith, who had a pretty good season last IPL but has been disappointing in CLT20, would look to make amends. The swashbuckling Brendon McCullum has been inconsistent; he would like to get into the groove and give a launchpad to the likes of Suresh Raina. 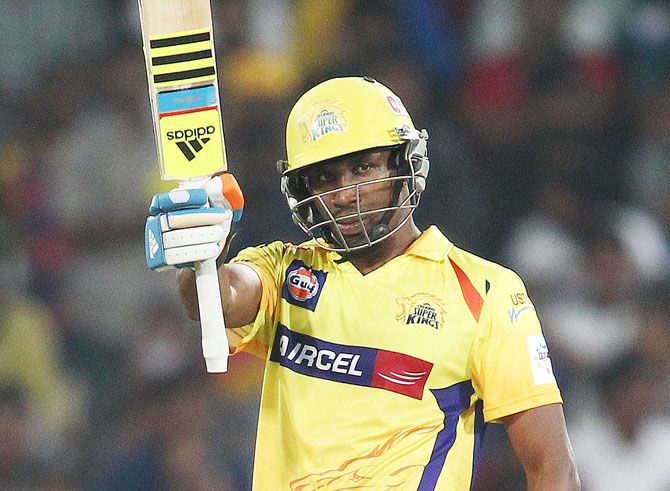 Dwayne Bravo, who missed the last IPL season, has again proved his mettle with both bat and ball in the tournament. The West Indian all-rounder was the star in his team's last match, smashing 67 off 39 balls.

Ravindra Jadeja would also be eager to show his all-round prowess. Of late, Chennai bowlers have been delighting their fans with some good performances, which was missing in the early part of the tournament.

Bowlers like Ashish Nehra, Jadeja, R Ashwin, Mohit Sharma and Bravo can trouble most teams on a given day. In their last match, Sharma, Nehra, Pawan Negi and Raina did the damage as Punjab's batting collapsed. 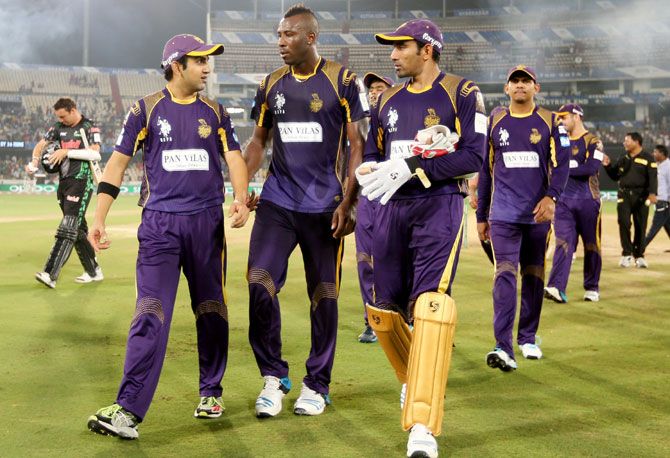 Kolkata, unlike Chennai, have played all their group matches in Hyderabad and will have to get used to the conditions quickly.

Shah Rukh Khan's team though boasts of batsmen such as Gambhir, Robin Uthappa, Manish Pandey and Jacques Kallis, all of whom have loads of experience and are in good form as well.

In the bowling department, there has been some turmoil after 'mystery spinner' Sunil Narine was reported for suspect action in their last group match. The West Indian will not be allowed to bowl in the final. Young Kuldeep Yadav and all-rounders such as Yusuf Pathan, Ryan ten Doeschate and Andre Russel have been quite successful. 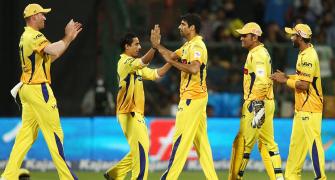 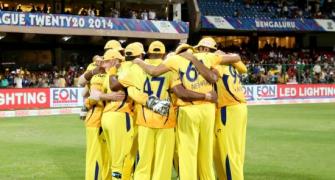 Chennai look to shut out Scorchers in CLT20 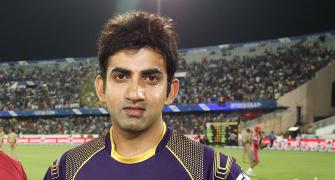 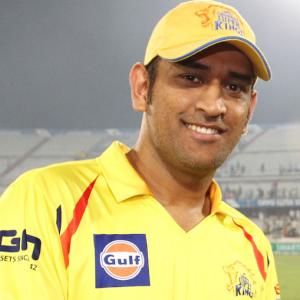 It was a complete game for us ahead of final: Dhoni