David Miller smashed a 34-ball 46 under pressure and Parvinder Awana scalped three wickets as Kings XI Punjab notched up a four-wicket victory over Barbados Trident in the Oppo Champions League twenty20 in Mohali, on Saturday.

Put into bat, Barbados posted a challenging 174 for six, riding on twin half-centuries by Dilshan Munaweera (50) and Raymon Reifer (60) in their stipulated 20 overs.

Punjab then managed to held on to their nerves despite losing wickets to eventually earn a hard-fought victory, their second win in as many matches in the tournament.

Needing 25 off the last two overs with four wickets in hand, Miller and No. 8 Akshar Patel (23 from nine balls) added an unbeaten stand of 47 runs from just 19 balls to take their team home. 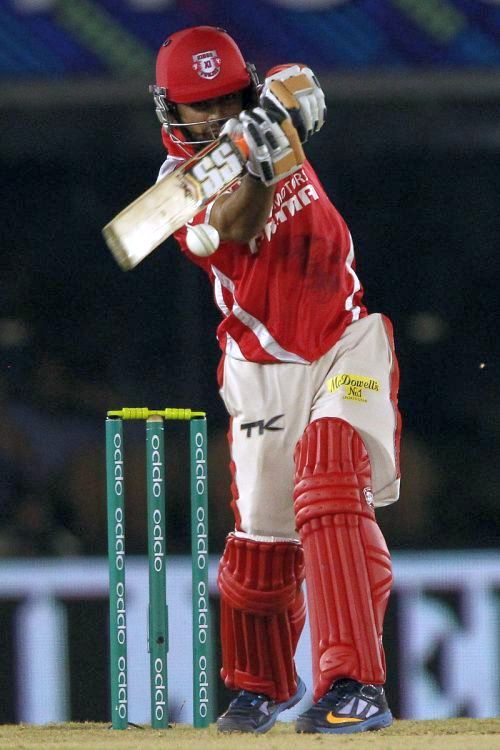 Chasing 175 to win, Punjab were off to a good start with openers Virender Sehwag (31) and Manan Vohra (27) sharing 41 runs in 22 balls but the latter was dismissed by Ravi Rampaul in the fourth over.

Sehwag and newman Wriddhiman Saha then added another 35 runs before the wicket-keeper batsman was sent back into the pavillion by James Franklin in the eight over.

Glenn Maxwell (16) then joined Sehwag and the Australian soon started his innings with a boundary. However, his stay was short lived as after hitting three fours in eight balls he was caught by Ashley Nurse off Rampaul in the 10th over. In the 12th over, Sehwag too was back into the pavilion after he was trapped in front of wicket by Sri Lanka's Jeevan Mendis as Punjab slumped to 103 for four.

A lot was expected from skipper George Bailey but the Australian could not stay longer as he gave an easy catch to Franklin off a Mendis delivery. Three balls later, Nurse got rid off Perera for a first-ball duck as Punjab were reduced to 131 for six in 16.3 overs.

Stranded on the other side, David Miller then blasted a six and a four spread over two overs but Punjab still needed 25 off the last two overs.

Patel, who had just come into the crease, then turned out to be an unlikely hero as he blasted three fours and a six in the 19th over as Punjab amassed 20 runs.

Miller then put the icing on the cake with a six over wide long-off as Punjab registered their second win in two matches. 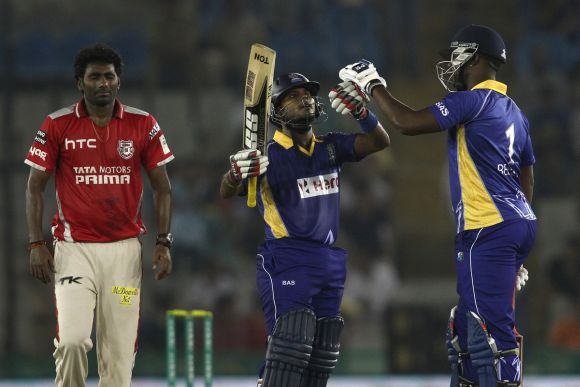 Munaweera gave Barbados a flying start as he alongwith his opening partner William Perkins piled up 54 runs in the first five overs but Awana struck twice in the sixth over, dismissing both the openers, to reduce Tridents to 61 for two.

Awana first sent back Perkings to the pavillion after trapping him infront of wicket and then had Munaweera, who had been living dangerously, caught by Vohra in the last ball of his over. 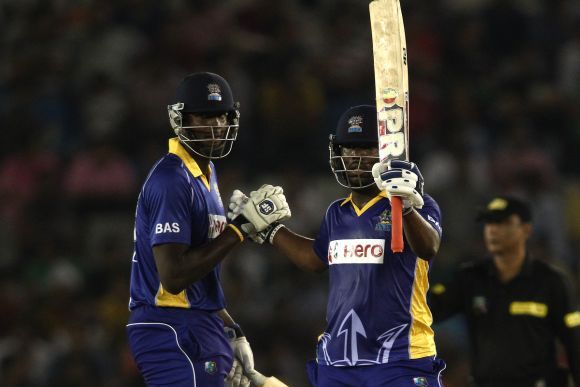 Raymon Reifer then took the onus on himself and along with Jonathan Carter (20) added 45 runs to take Barbados across the 100-mark in the 11th over.

However, Kings XI once again broke the partnership when trying to hit Anureet out of the park Carter ended up giving a catch to David Miller at long on in the next over.

James Frankline (10) and Elton Chigumbura (3) too perished soon as Barbados slipped to 131 for five in 16.2 overs.

However, Reifer and Jason Holder blasted a six each to pile up 16 runs in the 18th over.

In the last over, Holder was dismissed while trying to clear long on but Reifer and no. 8 Ashley Nurse smashed a six each in the second and fourth ball respectively to take Barbados to a challenging score. PIX: Cricketers, their gorgeous wives and kids at CLT20 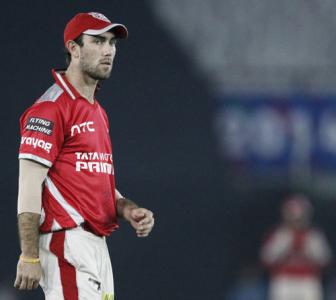 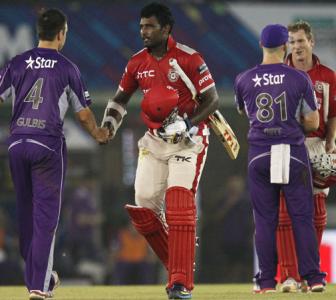 Marsh cameo guides Scorchers to a thrilling win over Dolphins 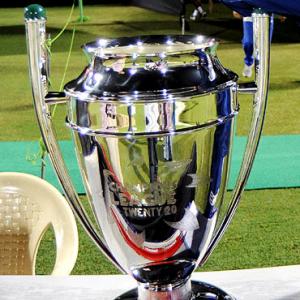