News
Business
Movies
Sports
Cricket
Get Ahead
Money Tips
Shopping
Sign in  |  Create a Rediffmail account
Rediff.com  » Cricket » 'Chappell suggested I should take over the captaincy from Dravid' Dropping a bombshell, Sachin Tendulkar has disclosed that the then India coach Greg Chappell had made a "shocking" suggestion to him to take over
India's captaincy from Rahul Dravid months before the 2007 World Cup in West Indies.

"Together, we could control Indian cricket for years", the Australian told Tendulkar during a visit to his home when he offered to "help me in taking over the reins of the side" from Dravid, the master batsman writes in his autobiography Playing it My Way due for release on Thursday.

Tendulkar is scathing in his criticism of Chappell who was the national coach from 2005 to 2007, describing him as a "ringmaster who imposed his ideas on the players without showing any signs of being concerned about whether they felt comfortable or not".

'He stayed for a couple of hours, trying to convince me' Elaborating on the coach's bid to replace Dravid, Tendulkar writes, "Just months before the World Cup, Chappell had come to see me at home and, to my dismay, suggested that I should take over the captaincy from Rahul Dravid.

"Anjali (Tendulkar's wife), who was sitting with me was equally shocked to hear him say that 'together, we could control Indian cricket for year', and that he would help me in taking over the reins of the side.

"I was surprised to hear the coach not showing the slightest amount of respect for the captain, with cricket's biggest tournament just months away", Tendulkar writes.

He says that he had rejected Chappell's proposition outright. "He stayed for a couple of hours, trying to convince me before finally leaving". So disgusted was Tendulkar with Chappell's suggestion that a few days after the episode "I suggested to the BCCI that the best option would be to keep Greg back in India and not send him with the team to the World Cup". Tendulkar had suggested to the Board that senior players could take control of the side and keep the team together.

"That is not what happened, of course, and the 2007 campaign ended in disaster", he writes in the book excerpts of which were made available exclusively to PTI by publishers Hachette India.

India's 2007 World Cup campaign ended in a fiasco with the team winning only one of the three group matches against lowly Bermuda, and losing to Bangladesh and Sri Lanka. Lashing out at Chappell, Tendulkar says that the Australian must take a lot of responsibility for the mess resulting from India's performance in the World Cup.

"I don't think I would be far off the mark if I said that most of us felt that the Indian cricket was going nowhere under Chappell." Chappell was publicly questioning "our committment and instead of asking us to take fresh guard, was making matters worse", writes Tendulkar in the book co-authored by noted sports journalist and historian Boria Majumdar.

The master player says that several senior players were relieved to see Chappell go, "which was hardly surprising because, for reasons hard to comprehend, he had not treated them fairly". Tendulkar cites the coach's attitude towards Sourav Ganguly which he describes as "astonishing".

He writes," Chappell is on record as saying that he may have got the job because of Sourav but that did not mean he was going to do favours to Sourav for the rest of his life.

"Frankly, Sourav is one of the best cricketers India has produced and he did not need favours from Chappell to be part of the team". 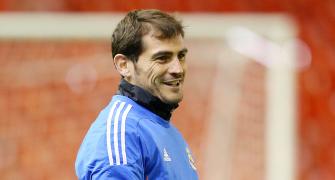 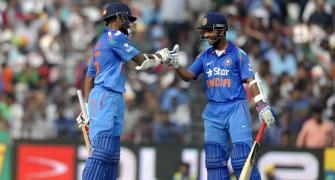