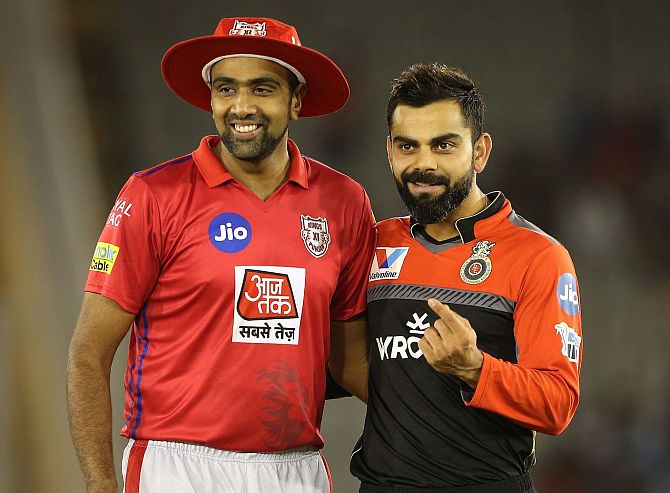 1 Yuzvendra Chahal is just one short of completing 50 wickets in IPL games at Bengaluru.

3 Number of wickets taken by Royal Challengers Bangalore in the first 6 overs in IPL 2019 in the 8 matches without Dale Steyn.

Since Steyn has joined the team, Royal Challengers Bangalore has taken 7 wickets in 2 matches in the first 6 overs.

3 Both Virat Kohli and Chris Gayle have scored three hundreds each in IPL games at Bengaluru.

Only one other player has scored three hundreds at a particular ground in the IPL -- David Warner at Hyderabad.

26 Number of wickets taken by Umesh Yadav against Kings XI Punjab -- the joint-most by any bowler against them in IPL along with Sunil Narine.

100 Both Yuzvendra Chahal and Dale Steyn are 4 short of 100 wickets in the IPL.

4,000 Virat Kohli needs 67 runs to complete 4,000 runs as captain in the IPL. He will become the second captain after M S Dhoni to do so.

Kohli's aggression with Dhoni's calm will bring back WC RCB aim to maintain winning run but bowling a worry