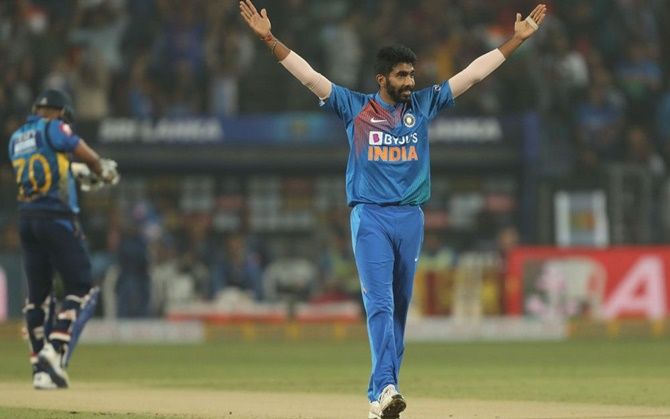 Bumrah returned to international cricket from the ongoing series against Sri Lanka after recovering from an injury.

He had figures of 1 for 32 in the second T20 at Indore, which the hosts had won by seven wickets. The Gujarat pacer returned figures of 1 for 5 in two overs in the third and final T20, which India won by 78 runs, and made his comeback a memorable one.