News
Business
Movies
Sports
Cricket
Get Ahead
Money Tips
Shopping
Sign in  |  Create a Rediffmail account
Rediff.com  » Cricket » It's looking very good now, we are on track for the World T20: Dhoni

'Important is to get settled combination. That's what we have' 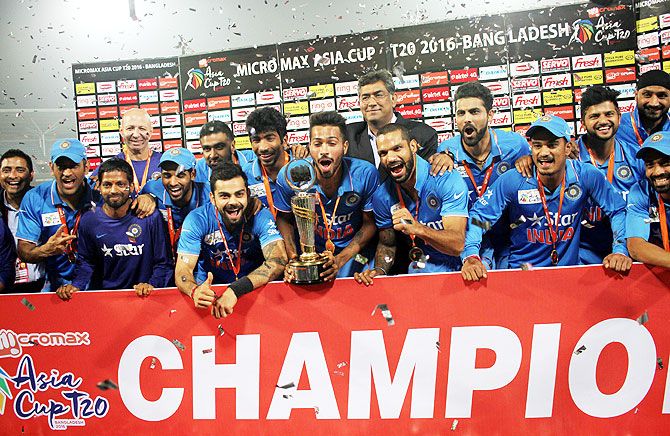 IMAGE: The Indian team celebrates after winning the Asia Cup 2016 final against Bangladesh at the Shere Bangla National Stadium, in Dhaka, on Sunday. Photograph: Solaris Images

As India lifted the Asia Cup without losing a single match in the tournament, skipper Mahendra Singh Dhoni said the team is well on track for the World Twenty20, beginning on March 8.

India were dominant in their victory over Bangladesh in the final, chasing down 121 with eight wickets in hand and seven balls to spare.

Dhoni, who finished off the match with a six off A Amin Hossain, said the top order batsmen are making it easy for the side.

"Thanks to top-order batsmen. They have done the bulk of the job; the lower order batsmen just go and do what is needed after that. It's looking very good now, we are on track for the World T20," Dhoni said at the post match presentation. 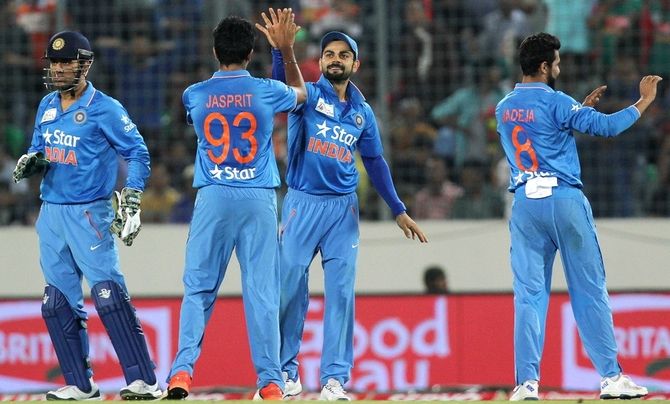 "Jasprit... the beauty is that he can bowl yorkers; if you don't have the yorker you have to try a lot of other deliveries. His slightly different action also helps him a bit.

“Hardik can bowl a few overs for us, so if he can give us four in T20s, with his batting and fielding, he is a great package."

He also praised Yuvraj Singh for adjusting well to his changed batting position.

"Looking at this team, it is tough to give Yuvi the No 4 slot, but he has adjusted. We have 13-14 players... they are all match-winners; that is the beauty of the side, everyone is taking responsibility to finish the game." 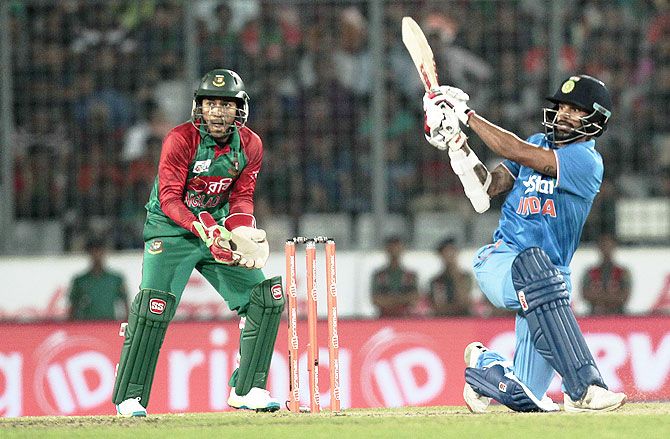 IMAGE: India's Shikhar Dhawan in action during his match-winning knock in the Asia Cup final on Sunday. Photograph: Solaris Images

"Important is to get settled combination. That's what we have. We are on track for T20 World Cup," he said.

Man-of-the-match Shikhar Dhawan, who struck 60, said it was a "special" knock for him.

"It's special. The best thing is that we won. As a team we have worked hard. We are peaking at the right time. We were talking while chasing runs. We were comfortable during the chase, never felt the pressure. We were under control." 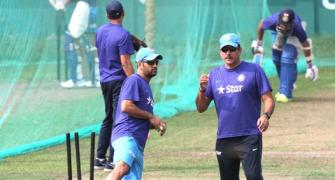 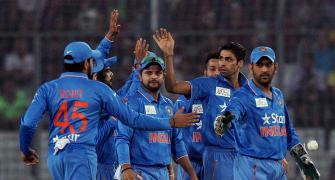 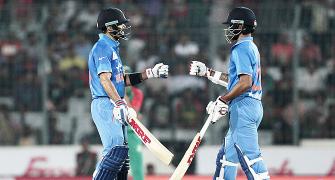 For Kohli, this period of play proved a game-changer... 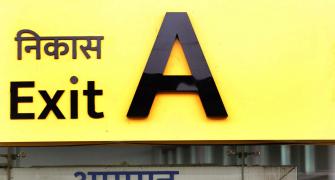 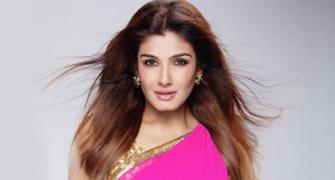 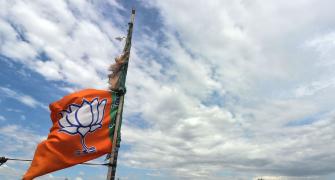 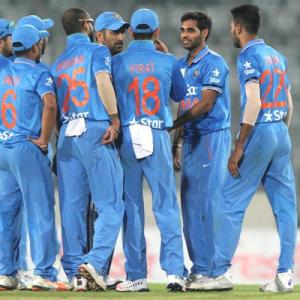 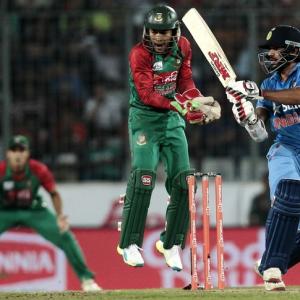